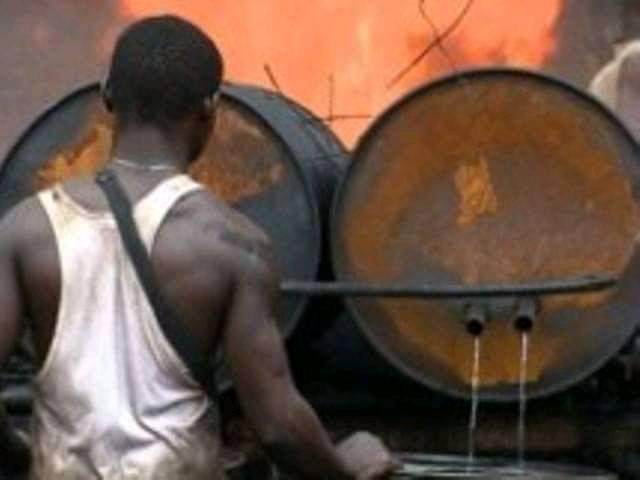 Niger Delta is blessed with natural resources. Sadly, it is controlled by a blind constitution from far and near neighbours within and outside the mangrove creeks of the Niger Delta.

In 2012, the youths of the creeks of Niger Delta were oppressed and castigated by their fellow brothers both from the federal down to the ward level, castigated for illegal operation of oil and gas { Kpo-fire}. It is laughable and same time sardonic that the then Commander in Chief of the Arm Forces of the federal republic of Nigeria is from the same blessed Niger Delta region.

The youths of the region have no one to run to because the state government implemented state executive laws not to give treatment to any injured victim from the creeks in the process of production.

The federal and state government rather than think of ways to deal with the problem that has menaced the region are busy setting confusion between the high class and the low class, organising programmes called ” Oil and Gas Task Force. ” As though this is not enough, they employed few able-bodied men whom they have thoroughly brainwashed to fight against their brothers within the creeks of Niger Delta. For those who don’t have anybody to run to for feeding and daily upkeep, the “Frustration and Aggression Theory” came to play. As the year’s count, the creeks became unsafe for our people because the neglected ones started looking for illegal means to survive which is more dangerous to the region than modular refineries (Kpo-fire). This is one among many reasons why our market women are attacked on daily basis, the men are killed daily which has left innocent children fatherless; these children, are, therefore, blood-hungry.

Niger Delta must, therefore, stand and face this reality before it is too late. We can escape this impoverishment if the right mechanisms are put in the right places.

However, only a few can comprehend and understand what it means to grow up in the creeks and see our brothers and friends turn out to become sea-pirates and you watch them helplessly because we are handicapped, some have serious injuries in the process, some are arrested and nowhere to be found while others have joined our ancestors. Only a few can save the region from this power-drunk prostitution in the Niger Delta region. Tears run down my face whenever I see the burning and destruction of modular refineries without engaging the youths that are involved in it. According to Prof. Ibaba S. Ibaba: “if you punish a child for stealing food without providing food for that child he or she will definitely go back to stealing; punishment does not change a person.” We should not forget that an idle man is the devil’s workshop.

How long are we going to wait for the media online modular refineries promised by our Niger Delta leaders and the federal government? “When the state fails to provide the good life for the people, violence is inevitable.” Aristotle!

We hang the petty thives and appoint the great ones to public office~Aesop. Secret vessel are floating around the stores of Niger Delta owned by well Known politicians both in and out of Niger Delta, but same people who export the black gold in daily basis into their bank accounts are the ones fighting against the youths in the creeks of Niger Delta, what an irony! Those who enjoy the sweetness of the egg dose not know what the chicken is passing through 🚶🚶🚶🚶