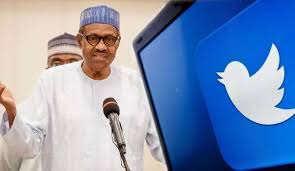 Exactly a month ago during the independence day speech, President Muhammadu Buhari promised the Nigerian citizens that he would unban Twitter and many thought they would be able to use the platform the same day or the day that follows.

Meanwhile, it has been a month since that promise was made and exactly 150 days since the social networking and microblogging sites was suspended, but uncertainty continues to trail the Federal Government plan to lift the ban placed on the social platform.

Nonetheless, as reported by The Guardian, sources monitoring development between the government and social media giant disclosed to the news outlet yesterday that the ban could be lifted this week. It was said that both teams have made significant progress and that the Federal Government is finalising it.

However, if the past event is anything to go by, the hope of those expecting the platform to become operative this week may yet again be dashed. You would recall that the Minister of Information and Culture, Lai Muhammad has made a similar promise a couple of months ago and we are still at the same level.

Although, it was reported that only one condition out of ten is left for Twitter to be met before the ban can be finally lifted, and the condition is that of Twitter having a formal presence in Nigeria which is likely to be met this week. But looking at the suspension, it has affected the Nigerians more than the company because a lot of people were generating their incomes from the platform before it was suspended.

Further from that, it was also said that the global users of Twitter have increased which has also increased the revenue of the microblogging company by 37%. So, let us hope the ban will be finally lifted this week which will be a win-win for both sides.