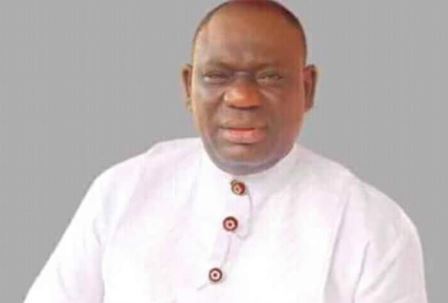 LAGOS – The Ijaw National Congress (INC) has opposed the inclusion of non-Niger Delta states as members of the Niger Delta Development Commission (NDDC), stressing that production of oil shouldn’t qualify these states membership of the NDDC.

The Niger Delta group while reacting to the bill at the Senate, sought the inclusion of Lagos, Anambra, Kogi and Bauchi States as members of the NDDC maintained that ab initio, even the colonial masters recognized that the Niger Delta people have a peculiar environment that requires special development.

Professor Benjamin Okaba, President of INC on Arise Television on Tuesday, stated that the NDDC has a clear geographic definition and characterization and that the inclusion of these states shouldn’t be about oil production.

He said, “To understand all of these we need to go back into history, maybe from the report of the Willink’s commission that recognized the peculiarities of the region and the major challenges, and therefore recommended the establishment of the board that will allay the fears of the people, act as a special development agency for the rapid development of the region.

“At the time that the act was passed, there was no oil. It was in 1956 that oil was discovered in commercial quantities. Several boards were put in place up to the point when we had the Oil Mineral Producing Area Development Commission (OMPADEC). It was set up to cater for the area that was oil-producing.

Okaba maintained that if oil is found in Anambra, Kogi, Bauchi and Lagos States, there is a law that says that 13 percent will be given to them but that shouldn’t qualify them as Niger Delta states.

“If oil is found in Kano, it should enjoy the 13 percent but the NDDC should remain to address the peculiar challenges of the people. If we allow this to go this far, we will find ourselves in a situation whereby all the states in this country become oil-producing, will that mean that all the states will become members of NDDC?

“It is bastardization and is not acceptable to us. It means that the very essence of recognizing the region as having its peculiar challenges and need to be addressed so that we can catch up with other parts of the country in terms of infrastructure, amenities, capacity development, etcetera, will be defeated,” Okaba said.

He added, “We don’t accept states that don’t have contiguous relationships with the Niger Delta to further bastardize the very essence and concept of the people.”