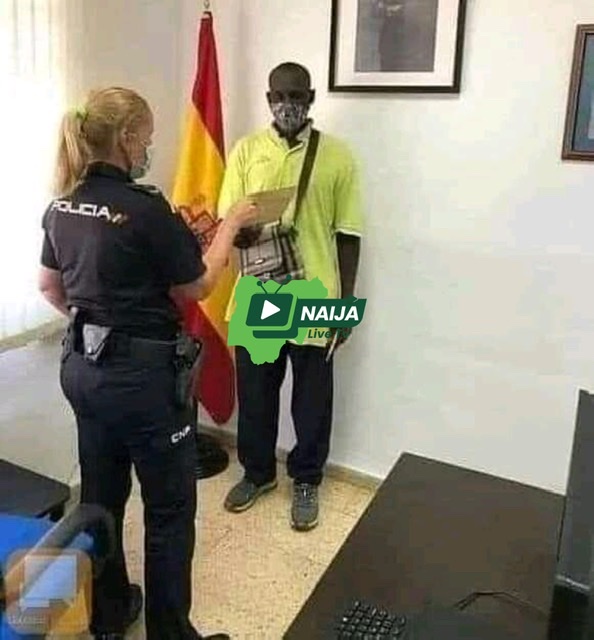 An African Man called Jibril has reportedly been deported from Spain after returning money he found on the street of Valencia in Spain.

Jibril who is an illegal immigrant, found an envelope containing €4,250 and returned it to a police station as an act of good gesture.

On getting to the police station, the police were happy about the man’s honesty and showered praises on him.

However, when Jibril was asked to write his statement, the police requested for his ID card and personal papers, which Jibril could not provide because he migrated to Spain illegally.

Jibril was immediately detained and deported back to his home country in Africa afterwards.

He may not be able to return to Spain for many years to come.

This gesture has raised a lot of questions on the internet as some people wondered why he returned the money to the police station without considering his immigration status.

What do you think about Jibril’s action?

Kindly share your thoughts in the comments section below