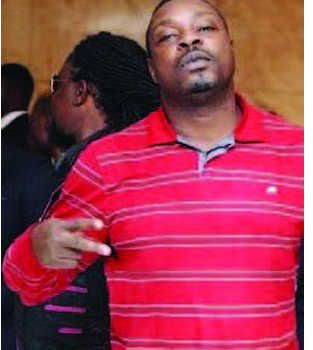 #NaijaLiveTv
Eedris Abdulkareem of the defunct The Remedies music group speaks on the formation of the group, what led to its break-up, and other issues

What factors would you say have brought you this far?

For one to be successful, you need to ask God for favour and grace because talent alone cannot take you anywhere. There are a lot of talented people in this country, but they are frustrated and unfulfilled. I give glory to God that I am in a position of relevance today. In life, if you don’t ask God for what you want, you will have to ask the devil. When you ask the devil for things, he will give you but he will also take something in return. However, God’s blessing is slow and steady. I am very happy that The Remedies and a few other artistes made a difference. If some of us didn’t fight individually and collectively for what these younger ones are enjoying now, a lot of youths would have gone into armed robbery or other terrible things. We thank God that we’ve been able to create employment for a lot of youths. However, some of them don’t appreciate our efforts.

How did Remedies come about?

I used to be known as Mr. Remedy before I left Kano. Everyone who knew me in Kano then called me Mr. Remedy. When I was leaving Kano, I told my mother that I was going to Lagos to meet with Kenny Ogungbe and Dayo Adeneye, and that once I saw them, I would become successful. She advised me not to sleep with another man’s wife, not to backbite and that I should be prayerful.

When I got to Lagos, I couldn’t go to my father’s house because he is a polygamist. I have learnt so much from that experience and I would never advise anyone to marry more than a wife. Though we are in good terms now, it wasn’t easy then.

When I came to Lagos, I slept under the bridge at CMS, Lagos Island, for six months. God later directed me to go to Raypower in the Alagbado area of the state. He told me that I would see Kenny Ogungbe or D1, and that one of them would help me. On getting there, I couldn’t just walk in since I didn’t know anyone there. Meanwhile, there was an uncompleted building in the area, and I started living there. From there, I monitored Kenny and D1’s cars. One day, the late Steve Kadiri called me and asked what I was doing there. I told him I wanted to meet Kenny and D1; that I had an idea I wanted to sell to them. Since they were having a concert at the Yaba College of Technology that day, he asked me to come along. He introduced me to Eddy Montana and asked Gbenga Awe to produce a beat for us. He advised us to stay together, but that in the future, we could decide to go our separate ways. We went to a studio in Alagbado and we recorded Shakomo.

While I was still staying in the uncompleted building opposite Raypower, Eddy went back to his family house. With the help of Steve, I was eventually able to see Baba Keke one day. Unfortunately, he wasn’t in a good mood and he sent me out of the studio. When Steve returned a few hours later, he asked me to come in again and that was how Shakomo was released. Eddy heard it and rushed to the studio. That was the revolution that created Nigerian hip-hop today.

How did you cope with Eddy, who was a stranger to you at that time?

I didn’t have a choice and we both had the same dream. I also knew that in the future, we would do things differently. It was a good thing that we came together as a team because we needed each other then.

When and how did Tony Tetuila join The Remedies?

Tony joined us a year after we started. He told us that he would speak with his sister to bring in money to invest in the group. We were struggling seriously and we needed the money to stabilise things. We were only interested in his money at that time and we collected it. You cannot blame us; we were just young boys trying to do something meaningful with our lives.

How much did Tetuila bring in?

It was about N350,000 or N500, 000; I can’t remember the exact amount. The challenge we had then was that we had already recorded some songs and we couldn’t go back to the studio to remake them. Tony’s voice was not in Shakomo and Judile, but he used to perform the songs with us. Since we had committed ourselves, we had to carry him along in everything we did.

However, few months after Tony joined us, we went on a tour and made some millions. From that experience, I learnt that it is good to be straightforward and keep to one’s words. When we were done with the tour, we all became greedy and we started having issues. That was when we realised that Tony couldn’t sing. Tony then left the group and released Omode Meta with Plantashun Boyz. At some point too, Eddy and I went our separate ways.

What lessons did you learn from the breakup?

It was a win-win situation for the three of us, but I think the person who benefited most was Tony. He was not a musician at the time we met in Ilorin at an event. He just loved showbiz and wanted to be successful. He came up with the money and we needed it to grow. Despite not being a musician at the start, he developed himself. Whenever I was writing songs, he would always watch me. As a result of his passion, he came out with a solo album and made a nice career for himself in the music industry. Eddy and I also took our chances.

Would it be right to say that the group broke up when money started coming in?

Yes, it was money. It couldn’t have been women because I wasn’t interested in women then. When money came, each person started feeling he could do things alone.

What are your regrets?

I don’t have regrets because I was prepared and I wanted to be a solo artiste from the outset. I just needed an opportunity to see Kenny Ogungbe and Steve Kadiri made it happen. I also met Eddy. I think God’s hand was in all that happened. He wanted us to be a group of artistes before doing our own things separately. Moreover, ten friends cannot be friends for ten years.

The experience was a beautiful one, and the fight we had could have happened to anyone. We later became competitive and highly determined to succeed differently.

Why did The Remedies attempt a come-back last year?

We grew and found out that money is not everything in life. We realised that what we fought over was not necessary and people are still in love with us. We felt we should record an album together and it would not affect our solo careers. We had to fight for everyone to understand where they belonged and for us to know our individual strengths.