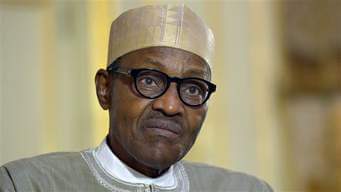 #NaijaLiveTv
Ahead of the 2019 general elections, President Muhammadu Buhari has asked Nigerians to get their Permanent Voters Card and vote anybody they want.

He spoke at the Presidential Villa in Abuja last night while breaking Ramadan fast with members of the judiciary led by a Justice of the Supreme Court, Justice Okukayode Ariwoola.

Buhari, who said technology aided his victory in 2015, was responding to a remark by a former Chief Justice of Nigeria, Alfa Belgore.
The president said he kept appealing to state governors to embark on voter education so that citizens could regard their PVCs as their national card.

“I find it necessary to invite you because I don’t normally see you. I’ve to repeat what I said having heard what you said. I mentioned that when I was in the military and much younger, we believed things were going wrong and so when I came, I took from the president downwards, to Kirikiri against your advice and told them that they are guilty until they prove themselves innocent. But we proceeded to have various tribunals to investigate and I can still remember extremely good and fantastic Nigerians, they’re few in the society that is why we don’t see the impact of fantastic people we have.

“I decided to put agbada and come back, I tried three times and then fourth time I eventually made it. Thanks to God and thanks to technology because permanent voters card and card readers are fantastic. Those who went to their polling booths in their constituency and voted, their votes counted.
“Before, votes were disregarded and results written and there was nothing you can do before the justices to proof your case. But now with technology it has been made easy. That is why I keep appealing to the governors to embark on voter education, to please tell the people that their voter card is their national card so to speak.

“Let them vote for anybody they want across ethnicity and religion and impose their decisions on them. I think that is why I am calling on and I am begging the governors to please continue with voter education so that people will take their permanent voters card seriously and make sure that they don’t lose it.
“I am bothering you with this because you are in a position of influence and you come from a constituency that is recognized and what you say will mean a lot to the people at your constituency,” Buhari said.

Belgore had affirmed that Buhari loved the country very much. The former CJN said President Buhari only needed good people around him.

He said: “I have always respected the president as a person. He loves this country very much. Because of that, what he needs always is to have very good people around him.”