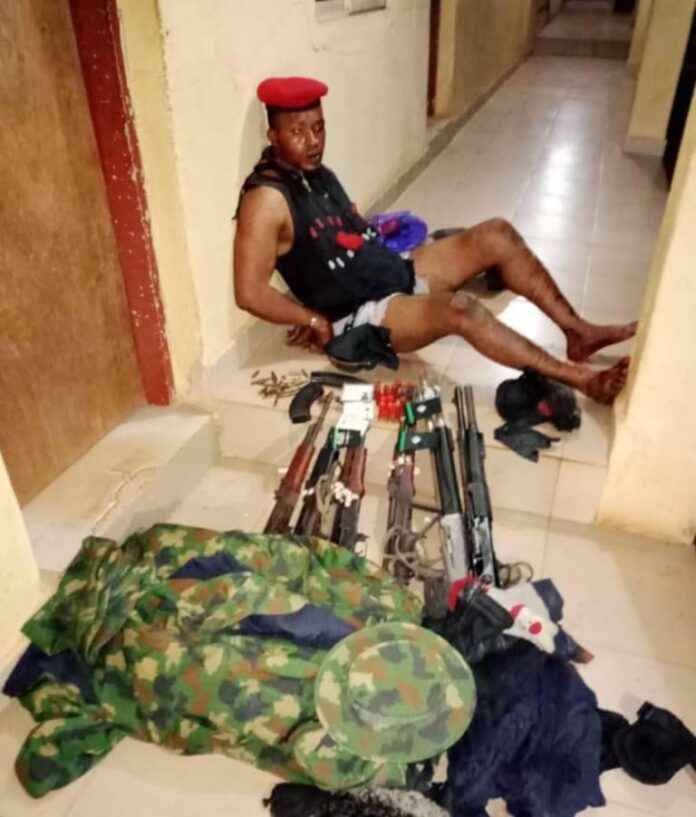 Operatives of the Anambra State Police Command Saturday, apprehended a top member of the Indigenous People of Biafra (IPOB)

ESN operative was arrested in his house with a bullet wound after a tip-off to the police by concerned individuals.

Though the Public Relations Officer of the state police command, DSP Toochukwu Ikenga could not confirm the arrest of the ESN operative, as his phone could not be reached, a senior police officer who spoke with our correspondent confirmed the arrest.

The senior police officer who preferred not to be named said: “One Udebuan Sage Chubueze ‘M’, a top Commander of IPOB/ESN was arrested today (Saturday).

“The suspect was arrested with a gunshot injury on 29th October 2021. A search was conducted in his house at Ekwulobia and Nnewi where four AK-47, two automatic pump-action, and ammunition were recovered.

The suspect confessed to have led several attacks on police facilities and responsible for the killings of several policemen and Naval personnel. We commend this breakthrough as this will further weaken the strength of IPOB/ESN against the security men,” he said.