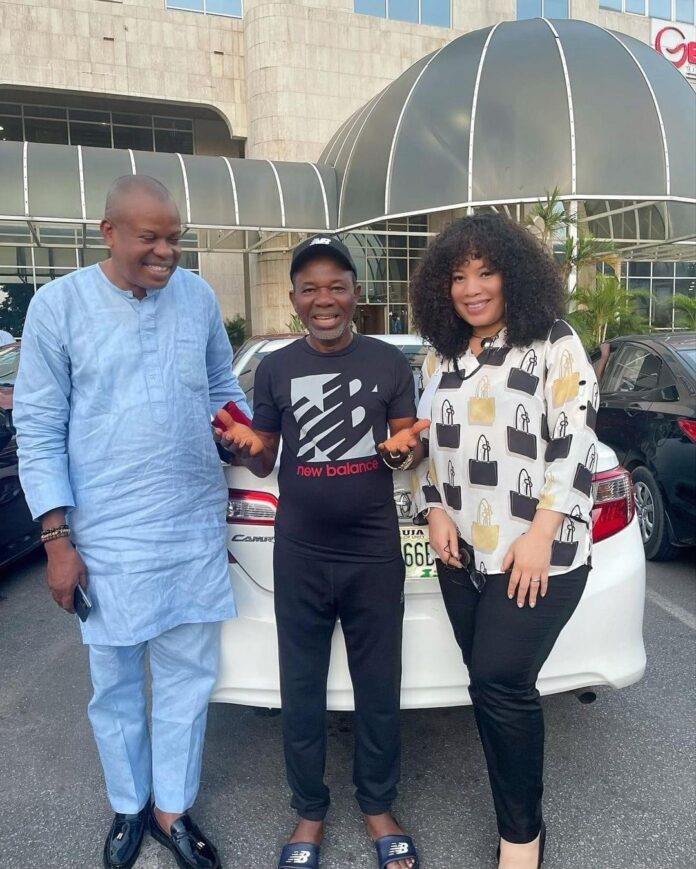 Veteran Nollywood actor, Chinwetalu Agu has been released by the men of the department of state services DSS in Abuja.

The Department of State Services has flown veteran actor, Chiwetalu Agu, to Abuja as part of investigations for promoting Biafra and allegedly inciting members of the public.

Agu was first arrested by the Nigerian Army on October 7, 2021, around Upper Iweka in Onitsha, Anambra State, for wearing a Biafra outfit while distributing bread and other items to the poor.

The army had accused him of soliciting support for the proscribed Indigenous People of Biafra which has been accused of several acts of terrorism.

He was subsequently handed over to the DSS for investigation and prosecution.