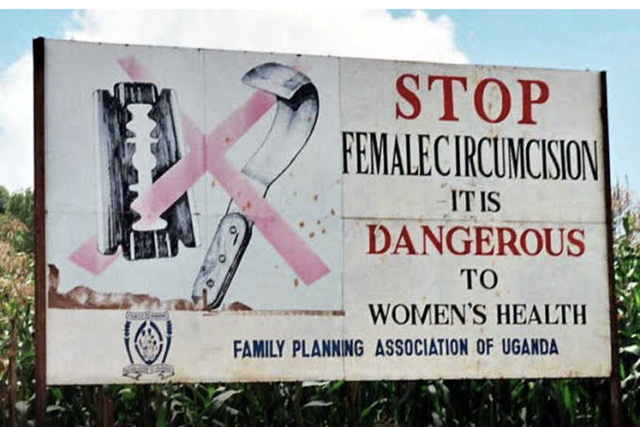 Grants worth N42,500,000 have been handed out to 180 former practitioners of female circumcision by Ekiti State Government, as part of efforts to discourage Female Genital Mutilation, FGM, in the state.

The beneficiaries of the grants publicly handed over their trade tools to the wife of the Governor of Ekiti State, Erelu Bisi Fayemi, at the ‘Drop the Blade Initiative’, in Ado-Ekiti.

Addressing the beneficiaries, Erelu Fayemi said the grant was to discourage the former practitioners from returning to the harmful practice having denounced the trade.

She said the government would not hesitate to clamp down on people who still practise the trade which is seen as violence against girls.

She said a minimum N250,000 grant given each of the former practitioners was a start-up capital for them to start a profitable business venture that would not be harmful to the society.

Mrs Fayemi charged the beneficiaries to make judicious use of the money.

According to her, “this would be the second time government would empower former female circumcision practitioners in the State as part of efforts to discourage the dastardly act.

“We are empowering these women today to take them away from the illegal business.

“If what they were gaining from female circumcision was why they could not let go of the job, we are ready to empower them,” she said.

The Commissioner for Women Affairs and Social Development, Alhaja Maryam Ogunlade reaffirmed the Government’s zero-tolerance for female genital mutilation and called for stakeholders involvement in stamping it out in all communities across the State.

Alhaja Ogunlade reminded the people of an existing law banning female circumcision in Ekiti State, adding that anyone caught will face legal action.

The Permanent Secretary Ministry of Health and Human Services, Mr Akinjide Akinleye expressed displeasure that Ekiti State has the highest prevalence of FGM in Southern Nigeria.

He urged the people to complement the synergy of the First Lady’s office to eradicate FGM practice in the State by not going back to the renounced unlawful act.

One of the beneficiaries who spoke on behalf of others, Mrs Funmilayo Adedeji, thanked the government for putting up such an initiative to assist them.