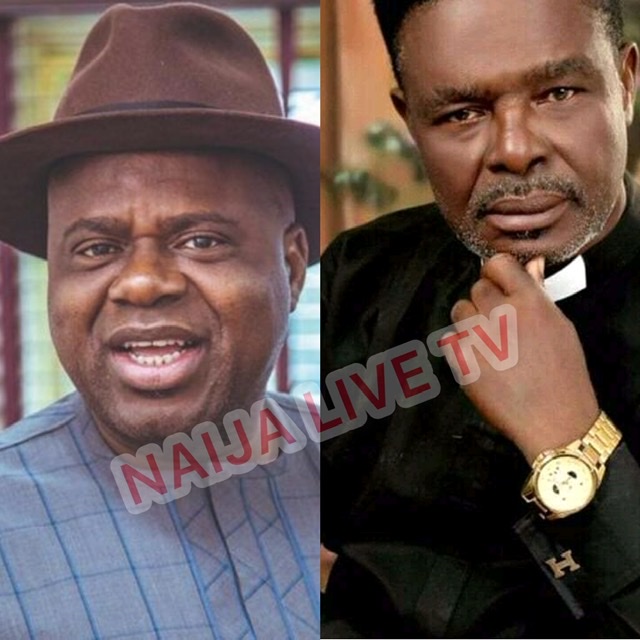 A foremost Bayelsa state indigenous gospel artiste, Pastor Bannerman Embiowei has faulted the state government for hiring musicians from outside the state with millions of naira to perform during the annual Thanksgiving Day to the neglect of indigenous artistes.

The immediate past government led by former governor Seriake Dickson had signed into law a Bill from the state House of Assembly tagged “Bayelsa Thanksgiving Day” which is being marked every November 2.

Bannerman, who is the first gospel artiste to sing Christian song in lzon language, lamented that the state government has decided to opt for foreign singers who are highly paid with Bayelsa tax payers money only to come and be replaying his own composed songs on stage.

Bannerman expressed dismay that the act of hiring non-Bayelsans as against indigenous artistes who can equally perform same role is aimed at empowering the outsiders and impoverishing the indigenes who are supposed to be encouraged by the state government to grow.

“How many state governments do come to invite our music ministers to their own programs? She (Sinach) will not sing more than 30 minutes and already some millions of naira have been paid into her account and you people think God is happy?

“If I would have had my way, the indigenous gospel musicians would have boycotted the Thanksgiving.

“N2,000 naira will be given to pastors so no one will talk. God is the God of tribe and tongue, Sinach will sing with English, Abraham will now sing the ijaw songs ,even my own songs and be given N200,000 which he will share among his boys.

“This is wickedness. Even God will not be happy our money is better enjoyed by outsiders. Sinach you are welcome to Bayelsa, the father Christmas of all lands where talents are not encouraged.

“If possible, they should ask people that they do invite to stop singing my songs, you can not be dancing to the tune of my song, meanwhile you do not want to see me who own the song. And His Excellency is allowing this?.

“That even when the gospel musicians in the state are being invited, they give them peanuts. This act, Evangelist Bannerman, says is an act of wickedness.

“That even God, instructed His disciples to first go or consider Jerusalem before any other part. Bayelsa state is just a civil servant state, with no other multinational companies, so how does the government want the indigenous gospel music ministers to survive?,” he queried.

“As a father of gospel music in the state, I beg before I eat, pay rents, and children school fees, so how will the government want the young ones to imbibe any skill?

“Now the state Thanksgiving, it was Sinach that was invited. I wasn’t against Sinach being invited and paid millions of naira, but that same gesture should be extended to the indigenous gospel music ministers.

“When they invite us they give us peanuts and they still expect us to excel. That God is not also happy with the way the indigenous gospel music ministers are being neglected,” he added.