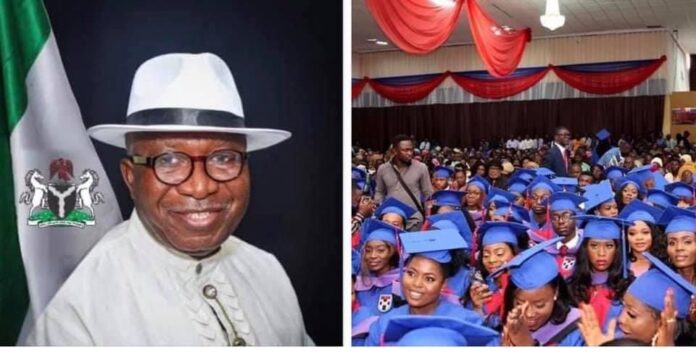 The Interim Administrator of the Presidential Amnesty Programme (PAP), Col. Milland Dikio (rtd) has given insight on the allocation of percentage slots of the reviewed scholarship scheme of the PAP to its beneficiaries.

Dikio spoke during a meeting with prominent leaders of the first phase PAP in Yenagoa as part of his continuous engagements with ex-agitators and beneficiaries of the programme in Yenagoa, Bayelsa State, on Saturday.

According to him, 70 per cent of the scholarship slots would be allocated for ex-agitators, 20 per cent for impacted communities and 10 per cent for PAP’s discretion.

Dikio, however, insisted that the selection of beneficiaries of the scholarship scheme would be based on merit.

He also harped on the need for beneficiaries of the amnesty programme to think beyond the N65,000 monthly stipend, adding that his new model of “train, employ and mentor programme” was designed to make ex-agitators employers of labour.

He promised to look into the complaints and concerns of the ex-agitators on the reorganisation of the programme’s offices for effective service delivery.

Discussing their challenges with Dikio, the first phase leaders of the PAP said that they had lost confidence in the programme before his appointment as its interim administrator.

One of them, Joshua Macaiver, in particular, said they never had such robust engagement with PAP in the past.

Macaiver expressed faith in Dikio’s administration, describing the Strategic Communication Committee set up by PAP to address the problems of misinformation as the step in the right direction.

He said, “Before the current amnesty boss came on board, certain things went so wrong that when they talked about the amnesty programme, some of us would say that the programme had failed.

“But now that the current amnesty boss sees us as part of the programme, we are very hopeful and have faith that something good will come out of this administration”.