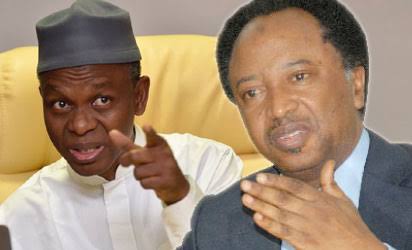 The Senator representing Kaduna central, Shehu Sani, has said the executive governor of Kaduna state, Nasir Ahmad el-Rufai has converted the APC party in the state into his own personal franchise.

Sani spoke in Abuja on Tuesday at the public presentation of a book titled: “Balarabe Musa: The Voice of the Masses”, an event attended by Oshiomhole.

“There were no congresses. He simply removed people who have different opinions other than his own and he persecutes people. He unleashed a rain of terror on members of the party. The governor has destroyed the very basis and foundation of the party in that state.”