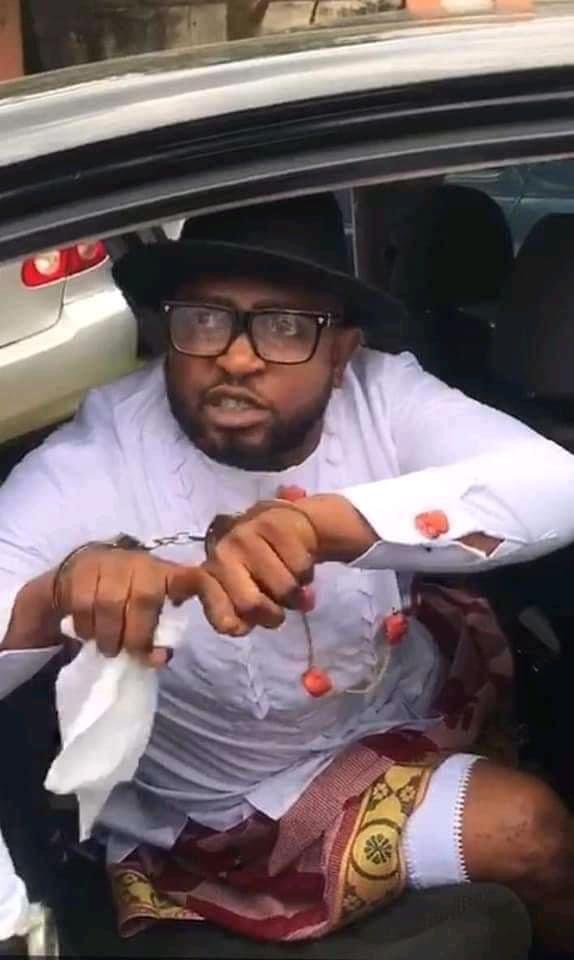 The Court awarded the sum of N10,000, 000.00 (Ten Million Naira) as compensation for abuse of his rights over the unlawful arrest and detention by the police.

NAIJA LIVE TV reported that a Federal High Court in Abuja had in 2020 ordered the former Inspector-General of Police, Mohammed Adamu, to produce before it a Bayelsa State governorship candidate, Vijah Opuama, who was unlawfully arrested and detained by the Police in August 15, 2020.

Opuama, the Liberation Movement’s Ex-governorship candidate in the Bayelsa State’s November 16, 2019 election, was said to have been unlawfully arrested by the Police on the premises of the state’s Governorship Election Petitions Tribunal in Abuja on August 15, 2020 while waiting for judgment to be delivered on his petition challenging the outcome of the disputed poll.

He was arrested on allegations that he recorded a phone call he received from a caller who identified himself as Chief Benson Agadaga, Chief of Staff, Bayelsa State Government House.

Vijah was detained and denied bail from 15th August 2020 to 10th September 2020 when the Federal High Court sitting in Abuja ordered for his released.

It will be recalled that Vijah Opuama had filed the election Petition seeking to disqualify and remove Governor Doue Diri of Bayelsa State from office. Vijah was arrested in the Tribunal and prevented from attending his own Tribunal matter.

This led to the N30 billion naira law suit filed on behalf of Vijah Opuama by his lawyers, P. D. Pius, Esq., E. A. Aluzu seeking compensation for the flagrant abuse of the fundamental rights of Vijah.

The Respondents in the suit include; Chief Benson Agadaga, ASP Mohammed Gimba, A. A. Elleman ACP, IGP Monitoring Unit, IGP and Attorney-General of the Federation.