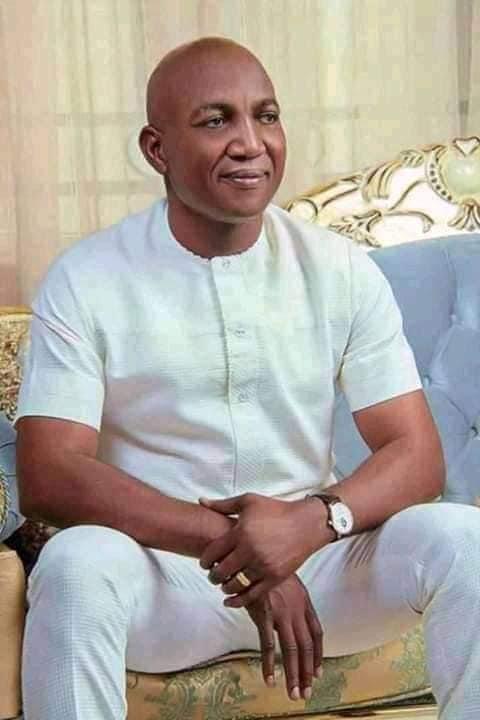 Talk of a man that is well loved by the people, a passionate politician, a man with utmost concerned about the welfare of his people, a man with benevolence, a man that possesses a charitable heart, a liberal heart , a philanthropist, beneficent with tolerance. He’s a man of valour.The name of David Lyon, the Lion of Bayelsa Politics comes to mind.

Chief David Lyon was born into the family of Mr and Mrs Lyon Ekpeke of Abebiri family of Eubiri compound, Olugbobiri Community in Olodiama clan of Southern Ijaw Local Government Area, Bayelsa State, on the 20th December, 1970; and he’s happily married with children.

The name Chief David Lyon has continued to reverberate and resonate in the political landscape of the All Progressives Congress (APC) not only in Bayelsa state, but the nation and the World at large. He has become a beacon of hope for the younger generation in today’s politics.

David Lyon, the ex-governor elect in the November, 2019 governorship election in Bayelsa State, he’s the immediate past vice chairman of the South South APC Caretaker and Extraordinary Convention Planning Committee.

Contrary to the insinuations in certain quarters, his foray into the political terrain is not accidental; neither is he a new entrant into the game of politics.

He started his political sojourn in his community, Olugbobiri, where he emerged as the youth president.

He was also appointed as the caretaker chairman of Apoi/Olodiama Development Center, as well as the former Ward 4 Chairman in Southern Ijaw under the defunct National Republican Convention (NRC).

He has developed an enduring political landscape, relationship, which culminated in his emergence as a front-line contender for his party’s governorship ticket, the APC, in 2019.

It doesn’t stop there; he became the Governor-elect, and in less than 24 hours from his swearing in as the executive governor of Bayelsa State, he was sacked by the Supreme Court due to the multiple names of his running mate……………….

David Lyon sits on the boards of several conglomerates, a feat attained at the rank of foreman with Western Geophysical Company Ltd.

As an astute businessman with dexterity for the management of human resources, his shrewd business acumen has kept him afloat in the complex oil and gas industry, where he renders diverse services to oil and gas multinational companies.

Aside from being a successful businessman, David Lyon is quite synonymous with philanthropy.

To David Lyon, the act of touching lives positively comes naturally, just as “swimming does to fishes and flying to the birds”.

His passion for improving the living standards of those at the lowest rung of the ladder in society must have necessitated the wild jubilation that heralded his entry into the governorship race in 2019.

For once perhaps, Bayelsans have seen a man whose philanthropic gestures are without strings attached, as has become common practice with most politicians, who only become philanthropists on the eve of an election in order to buy the hearts of the impoverished electorate for a pittance.

His acts of philanthropy are not limited to providing staple food for the poor; he has empowered and continues to empower many Bayelsa youths with education through his foundation, among other avenues through which he has reached out to the society’s needy.

David Lyon, without a shred of doubt, is the epitome of humility. In the course of his philanthropy, he has on several occasions helped the elderly and the physically challenged. carrying on his shoulder, bags of food items from the largesse he gets for the downtrodden.

Politically, he has cut his teeth and has come of age, so he has the experience required to navigate the murky waters of politics. David Lyon is indeed a renewed hope for Bayelsa State.

Engr. Dauseighe Bowei is a grassroot Politician and also a member of APC in Bayelsa, Also a member of the Media and Publicity Directorate APC-PCC (Tinubu/Shettima 2023 Presidential Campaign Council)