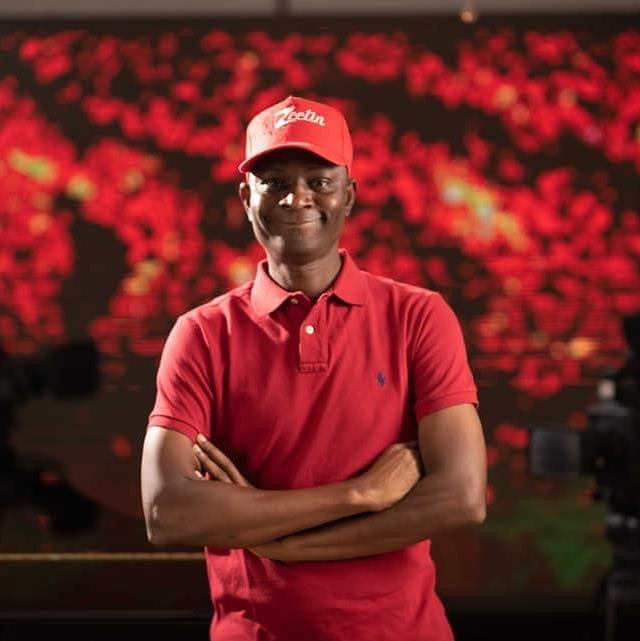 The importance of made in Nigeria products, goods and services cannot be undermined. Currently, most of the foods consumed in the country are produced in Nigeria thanks to the present administration, which made sure that locally, made products like rice, beans and other consumables gain unhindered aadded to the market. But it is not yet Uhuru for other products like automobiles, machines, engines and other products which are still struggling to gain relevance in the Nigerian market.

For instance, most goods produced in Aba and Nnewi, ranging from fabrics to shoes, to machines, tyres and other commodities are yet to gain relevance as many Nigerians always prefer foreign-made products. That was why some indigenous companies have been struggling to write their names in the sands of time.

One of such companies is Zeetin engineering owned by Azibaola Robert that deals with machines fabrication and other things. For Robert, born 52 years ago, in Otakame, Ogbia Local Government Area of Bayelsa State, he believes that the country has a lot to offer to the outside world ranging from what he does to tourist attractions, which made him come down from Abuja on 14-day expedition into some forests in Bayelsa state recently to discover and explore.

He said: “For me, you must not be a politician before you make an impact in life, especially as somebody that is closely related to the former president of Nigeria Good luck Ebele I would have followed the path of politics but decided to carve a niche for myself.”

“Leaving his first love which is the law profession, Robert diversified into engineering which he initially didn’t have firsthand information about but for his passion, he is actually not doing badly as he has promised all that has had a close contact with him that he will surely manufacture the first electric car in Nigeria.

By the grace of God, I’m going to be the first only nonengineer that is going to make cars. It’s one of my ambitions to achieve something as a legacy and leave it behind. “Making of cars is not rocket science. The making of cars as it stands today is elementary science. We as a people, like so much luxury. “We don’t pay attention to creating that luxury.

We keep importing luxury. A car is basically a house made up of metals and engines that move it around. You can make the engine. You can create a car however you want it. “We Nigerians we like a finished product than making it. In the 80s and 90s, technologies were headed from one country to the other and machines that make machines were hauled.

“They can’t buy without government approval. Today because of globalization, no government has the capacity to control who is selling machines except those ones for nuclear energy. “Nigerians find it difficult to buy machines that make machines. So these cars that you are seeing are made by machines. Why don’t we buy the machines that make machines? We rather buy the cars (finished product).

“For me, I’m a very inquisitive person because I always want to know. I can destroy a building to know how the foundation was laid. That is what gives me pleasure. So, I can destroy my car to know how it is made. That is the bedrock of science. Science is research. “So, I find pleasures in buying machines that make machines that is how my brain is wired. If you look at what I have acquired in life, 60 to 70 per cent are things that can make things.

“Whether with the best quality or not, I will improve as time progresses. I think the people will be proud if I make an excavator, a non-engineer who is a lawyer by profession and from the Niger Delta.” Of course, to buttress his ambition, Robert recently granted audience to the management of Hydropolis Investment Limited subsidiary of mainstream energy solutions, operators of the Kainji dam hydro where he told them that only strategic collaboration amongst technology-driven Nigerian companies can provide a veritable vehicle for fasttracking the infrastructural development of the country.

This will spur several other Nigerians and companies to follow suit and before you know, Nigeria will emerge as a technologically advanced country in the world.” Abdulmalik Ndagi, the project coordinator of Hydropolis Investment Limited had expressed satisfaction over Zeetin’s capacity to provide the technicalbackupforthebuildingof theindustrial park. Ndagi said Zeetin and Hydropolis will work out modalities that will enable the two companies to work together for the realization of laudable projects in Nigeria. Ndagi added: “What we have come to see in Zeetin has overtaken our own plan.

We need to work out modalities on how we can work with Zeetin to replicate this factory in our industrial park. “This will help us bring down the cost of our project which will also enable us to accomplish it faster in the interest of Nigeria. “The machines you have here are far beyond what we envisaged and they will be of great benefit to us. So, there is definitely a need for us to have collaborated with you.” Yet Azibaola Robert in his inquisitiveness still wants the tourism industry to have a boast where foreigners will also come and visit Nigeria, especially the Niger Delta region.