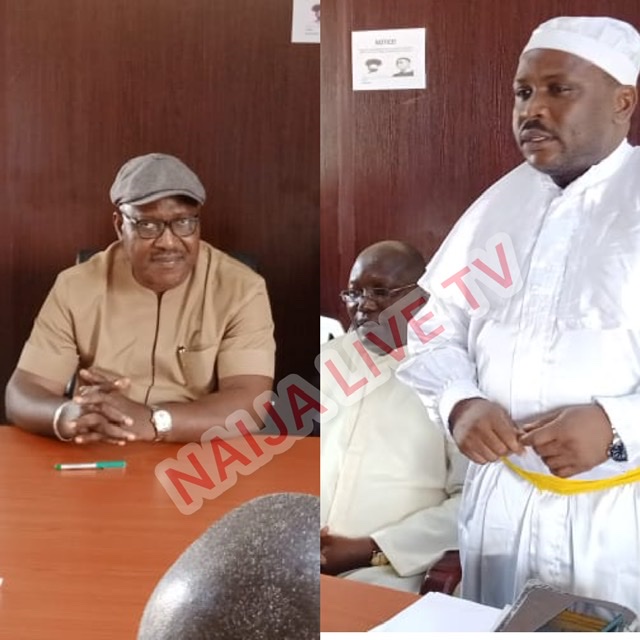 The Executive Chairman, Bayelsa State Physical Planning and Development Board, Alabo Gideon Ekeuwei has debunked insinuations in some quarters that the activities of the Board are persecuting some churches in the state.

Alabo Gideon Ekeuwei, who stated this when he had in audience the leadership of the Christian Association of Nigeria, CAN, Bayelsa State Council, in his office in Yenagoa, said all the activities of the Board are within the confines of the law establishing the Board.

According to the Executive Chairman, the said assertion is not a true reflection of the Board, pointing out that the desire of the Board is to ensure that the Yenagoa Master Plan is achieved and also correct any anomaly found in the course of any development, be it private, the church, federal, state or local government or organization in the state.

According to the Executive Chairman, before any developer carries out development of any sort, the developer must first approach the Board to obtain Plan Approval Permit as well as Implementation/Construction Permit before the the commencement of such a project, adding that so many developers, including some churches, have always reneged and gone outside the scope of what is contained in the approval plan given to them.

According to him, “it is very sad that some churches are built on either Government Right of Way, natural drainages or directly under high tension cables, pointing out that as a Board, it cannot fold its arms to see any abnormality in the state.

He also said when notices were served most of the churches, there had always been a window of opportunity for them to approach the Board for dialogue but the reverse was the case, hence all such matters are now with the Physical Planning and Development Tribunal for adjudication.

He maintained that the church is God”s vineyard that needs some form of decency and the right thing must be done in that direction.

Also speaking, the Special Adviser to the Governor on Religious Matters, Rev. Godspower Asingba suggested that he is going to convene a meeting of all the churches in the state to enable the leadership of the Board do more explanation to them.

Earlier, the Chairman, Christian Association of Nigeria, CAN Bayelsa State Chapter, Very Rev. Fr. Joseph Opelema, informed the gathering that some churches have reported to him that the Board had taken them to the Tribunal..

He said based on the information most of the churches are saying that the Board was trying to persecute them, hence the CAN’ s intervention