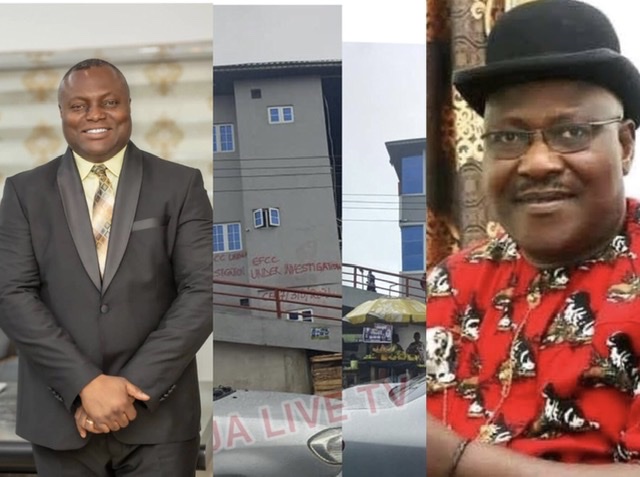 Some aggrieved aides to the Governor of Bayelsa State, Sen. Douye Diri has vowed to deal with the Chief Executive officer of Baraza Multipurpose Cooperative Society, Arc. Miebi Bribena by all means for allegedly refusing to return their invested capitals to them.

Multiple sources confided in NAIJA LIVE TV said that the Aggrieved aides who are also influential Gov’t officials whose monies are trapped in the cooperative Society may have moved against Bribena after every effort to make him refund their monies proved abortive.

These influential people, some of whom are serving top Gov’t officials of different arms of government in the state had vowed to recover their contributions from Bribena no matter what, and how long it will take them.

A source close to the Chairman of the Bayelsa State Physical Planning and Development Board and former Secretary to the government of Bayelsa State (SSG) Chief Gideon Ekeuwe, told NAIJA LIVE TV that the Chairman (Chief Gideon Ekeuwe) is also very angry with the Chief Executive officer of Baraza because of the refusal by Miebi Brebena to return his capital of about N2Million he invested in Baraza. saying that he had also vowed to do anything as payback to Brebena who he claimed to have refused to returned his invested N2 Million Capital.

The Source disclosed that, the actions by the Chairman of the Bayelsa Physical planning board, Chief Gideon Ekeuwe to demolish the building of Baraza may not be unconnected to the N2Million he invested in Baraza of which Miebi has refused to refund.

But contrary to the notice documents recently circulated by the Bayelsa State Physical Planning and Development Board with a 14-day ultimatum to demolish the structure housing Baraza,s corporate headquarters. Fresh facts obtained by NAIJA LIVE TV indicate that the BSPPDB on 15th May 2020, issued an Implementation/Construction Permit to Bliss Multinational Perfections Company Limited, whose property Baraza Multipurpose Cooperative Society is currently situated.

The document was conspicuously signed by one Arc. Raymond D, chairman of implementation/stage supervision and certification committee of the board.

Another document, a development plan approval, was also issued to Bliss Multinational Perfections Company Limited on 13 July 2020 and signed by the executive chairman of the board and wondered why a fresh notice of demolition is coming from the same agency that made proper approval for the construction of the structure to be built.

Despite holding about 2500 Unit Shares and N2Million simple interest investment of ROI in Baraza, the Chairman of the Bayelsa State Physical Planning and Development Board, Chief Gideon Ekeuwe was not happy because he only received payment of about two months Return of Investment (ROI) before Baraza ran into trouble.

Multiple Sources told NAIJA LIVE TV that on the 15th day of December 2020, Chief Gideon Ekeuwe made a Simple interest Contributions of N500,000 twice in Baraza with File No: 16477. Which gives him about N250,000 monthly return (ROI) that was expected to end on the 15th of December 2021

Reacting to the development, the Chief Executive Officer of Baraza Multipurpose Cooperative Society, Arc. Miebi Bribena told NAIJA LIVE TV that, the building followed all due processes for all neccessary approvals for the construction of the car park before it was constructed.

Brebena stated this in reactions to the 14-day ultimatum notice by the Bayelsa State Physical Planning and Development Board (BSPPDB) to demolish the structure housing Baraza’s corporate headquarters.

He said that the approval obtained before embarking on the construction includes approval for designs, construction and completion. Saying that he hasn’t contravention the Bayelsa Phisical Planning Act that will warrant to issue fresh notice to demolition Multilevel Car Parks.

His words;
“Firstly I am an Architect and not just a businesses so I am not blind to regulations.”

“Secondly The Bayelsa Physical Planning Act encourages Multilevel Car Parks and we should be commended for solving the traffic challenge at Otiotio Junction.”

“Thirdly we followed all due processes for approval and got all neccessary approvals for that car park including approval for designs, construction and completion so we have not contravention the Bayelsa Phisical Planning Act.”

“Fourthly if you stand at Otiotio Junction facing Melford Okilo Expressway, Our property has transparent metal fence so what Right of Way is it blocking? Why is the Physical Planning Board turning their eyes away from the problem area of that Junction which is the opposite side of that road?”

“Since Physical Planning act allows multi level car parks and encourages it, which side of the Junction poses danger to traffic? My side or the opposite side?”

“These are similar modern structures in other parts of the world. What’s the obstruction of right of way? What is the vested interest of the Chairman of the Physical Planning Board?” Arc. Brebena added with pictures of other similar structures…