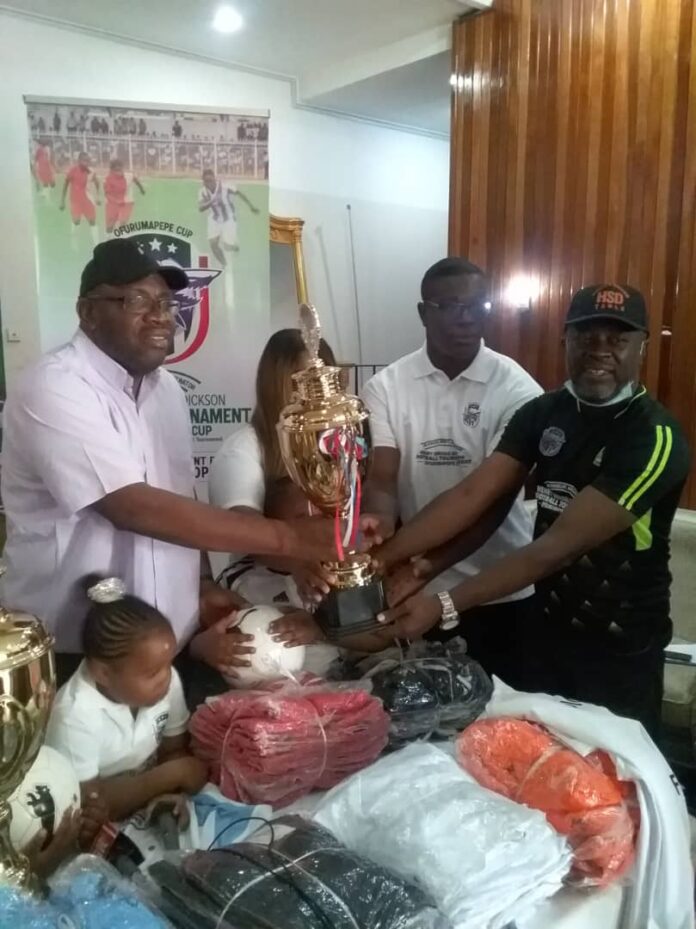 All is now set for the maiden edition of the Senator Henry Seriake Dickson Football Tournament, known as Ofurumapepe Cup, with the draws and presentation of kits set to be held on Friday in Sagbama.

This is sequel to the official unveiling ceremony of the tournament, by the former Governor of Bayelsa State and Senator representing Bayelsa West Senatorial District in the National Assembly, Senator Henry Seriake Dickson, in Abuja few days ago.

Technical Consultant of the competition, Ono Akpe, said in a statement on Thursday, that the Ofurumapepe Cup will among other things, engage the communities within the period of the tournament, and most importantly, transform the lives of youths from the constituency.

According to Mr Akpe, the theme ” Youth empowerment for Peace and Development, will also reduce youth restiveness,cult activities, and other vices to it’s barest minimum in Bayelsa, as was experienced during the Restoration Cup.

He announced 19th Friday as the date of the draws and official presentation of jerseys and Sports kits to teams in the seventy six communities that make up Bayelsa West Senatorial District, at the Senatorial office of the former Governor in Sagbama, while the kick off will get underway on Saturday, 27th November, in Ekeremor Town.

He however called on youths from the Senatorial District to ensure they support their teams participating in the competition, urging them to exhibit the spirit of sportsmanship and allow the tournament to be hitch-free.