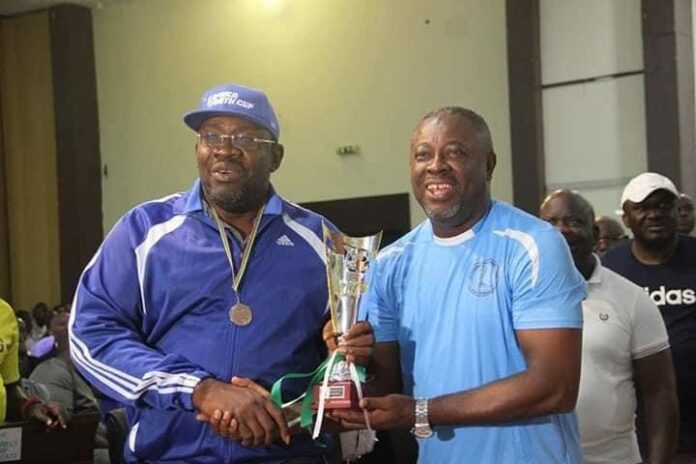 The Senator representing Bayelsa West Senatorial District in the National Assembly, Seriake Dickson, has distributed football kits to 76 communities in Ekeremor/Sagbama Senatorial District in Bayelsa State, saying the gesture expresses his passion to engage and empower youths in a bid to discourage them from engaging in acts of criminality.

The immediate past governor of the state, stated this at the flag off ceremony of the maiden edition of the Senator Henry Seriake Dickson Football Tournament, known as Ofurumapepe Cup where officials of the State Football Association conducted draws in Sagbama Town.

Senator Dickson, represented by the member representing Sagbama Constituency 3 in the Bayelsa State House of Assembly, Hon. Salo Adikumo, emphasized the need for youths to utilize their energy and passion in sports, while expressing optimism that the competition will live up to it’s billing, where young talents across the Senatorial District, will be spotted and exposed to the world.

He added that beyond football, other sporting events like wrestling and swimming where the state has always proved to have comparative advantage across the world, would also be organized in the nearest future.

He further urged youths to be resilient in their journey to success in life, and charged the participating teams to remain peaceful and law abiding throughout the competition.

In their goodwill messages, the lawmaker representing Ekeremor Constituency two in Bayelsa State House of Assembly, Hon. Michael Ogbere, and Commissioner for Labour, Employment and Productivity, Hon. Stanley Braboke, lauded the former Governor for keeping to his words, by sponsoring the competition, adding that football remains a veritable tool in bringing youths and communities together.

Sagbama Council Chairman, Embelakpo Alale, and Chairman, Local Organising Committee, Tony Ogola remarked that the competition is laudable idea, as lots of budding talents will be fished out from the tourney.

Technical Consultant of the tournament, Mr Ono Akpe, said the Senator is keeping to his words of continuing the competition, which he promised then as Governor, when he gave his nod to the Governor Seriake Dickson Football Tournament, ‘The Restoration Cup’.

Mr Akpe said for the next four weeks, the Bayelsa West Senatorial District will be agog with the excitement of the competition, as everything that would ensure a smooth tournament had been made available, adding that the former Governor wants to continue with the legacies he established in the sporting sector during his tenure.

He said “these legacies have laid a foundation for sports development in the State which the present Governor Senator Douye Diri has built upon to enviable heights.

Ofurumapepe Cup will Light up Bayelsa West as Draws, Presentation of Sports kits set for Friday