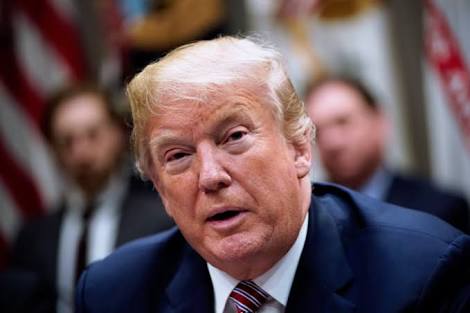 #NaijaLiveTv
A statement from the United States Government caught my attention this morning, I didn’t miss its emphasis and language, the statement said in reference to 2019 elections in Nigeria , “we are focusing on how to do a peaceful transition and a democratic transition for Nigeria”. I thought the language was unusual.

Previous governments of the United States, Obama for example would say, “we want to see free and fair elections in Nigeria”. Study the language closely, it is clear the Trump administration has transition at the heart of the 2019 elections. And what does transition mean, “the process of changing from one state or condition to another”. That’s the simple brutal truth.

I have no doubt the United States Government has regime change on its mind. The Security, Economy and Corruption in Nigeria has been bothering the US.

Transparency International says, Nigeria has become more corrupt under Buhari. According to CNN the kidnap of the Dapachi girls was a national disgrace. Security challenges has become worst under Buhari.

Simply put, Nigeria’s dilapidated state has become a destabilizing factor in the West African sub region and that is a major concern for the United States Government.

With Boko Haram rejuvenated and armed Fulani Herdsmen terrorizing and slaughtering whole communities, Nigeria has become a potential hot bed for the recruitment and the launch pad for terror across the world.

Under Buhari’s government Nigeria has become a direct security threat to the interest of the United States on the African continent. Another 4 years of Buhari from 2019 to 2023 might prove to expensive and too risky , it’s little wonder therefore, why the US government has refused to handover warplanes to the Nigerian Government after they have been paid for and bought, the US has no confidence in Buhari and wants to hand the weapons over to a new government in 2019.

And the only way the US can check Nigeria’s growing security threat is by way of a peaceful transitional democratic process, with the support of an impoverished electorate who are in the majority, who can’t wait to see Buhari’s back.

Before Buhari’s supporters jump on me I will advise them to look up the word ‘transition’ , except they want to give it a different meaning, It means to, ‘change, move, changeover, shift, switch”. Need I say more.

The White man has a way of speaking which the black man has not fully mastered. A White man states the obvious in such a way that he hopes you’ll understand what he’s talking about but if you choose to give it a different interpretation – he will also agree with you, but still execute his plans, shrugging his shoulders when it’s all done and dusted he’ll say to you, “ I thought you got the message…”

In 2015 Buhari was the United States favourite and choice, in fact one can say it was the dread of the United States that compelled Jonathan to concede quickly without a legal contest. However under Buhari’s government according to the United