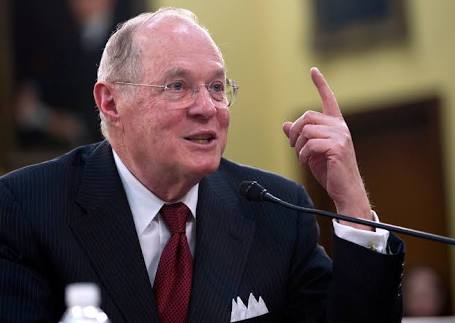 #NaijaLiveTv
……..Democrats warn successor ‘could radically alter the course of justice’ and help Trump put an enduring stamp on America.

The retirement of Justice Anthony Kennedy is a political earthquake that could affect millions of lives and allow Donald Trump to put a stamp on America that will endure long after he leaves the White House.

Presidents come and go, and their policies can swiftly be reversed, as Trump has demonstrated in seeking to erase much of Barack Obama’s legacy. But justices are appointed for life to the supreme court, which plays an outsized role in American life compared to equivalent bodies around the world.

Kennedy’s successor “could radically alter the course of American justice for decades”, warned Nancy Pelosi, Democratic minority leader in the House, adding: “The future of our democracy is at stake.” 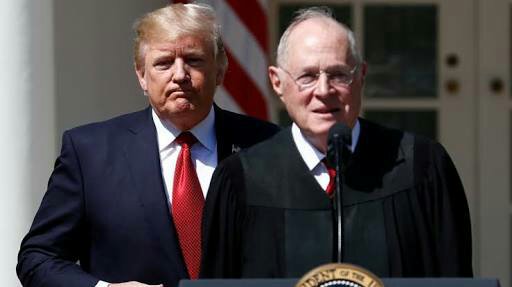 Abortion rights in ‘dire, immediate danger’ as Anthony Kennedy retires
Read more
And an email from the liberal Center for American Progress Action Fund put it bluntly: “You think this supreme court term has been horrible? If Donald Trump gets to appoint another supreme court justice, we’re staring down 30 to 40 years of vicious, unmitigated attacks on our rights.”

Kennedy has been the critical “swing vote” on the court for more than a decade. He is likely to be replaced by a conservative who might impose new limits on abortion, LGBTQ and voting rights. Now, in what could be the most consequential decision of his presidency, Trump can set the court on a rightward trajectory for decades.

The first meeting of the supreme court took place in 1790. It has proved one of the crucial checks and balances in US society, testing the constitutionality of laws passed by politicians, and pushing back when it deems necessary. Its landmark decisions including Brown v Board of Education, ending racial segregation in schools, Roe v Wade, enshrining a woman’s right to abortion, Bush v Gore, which decided the 2000 presidential election, and Obergefell v Hodges, making same sex-marriage a right nationwide.

Darrell Miller, a law professor at Duke University in Durham, North Carolina, noted that political decisions in the US are more likely to be challenged and turned into constitutional questions that can be litigated than in other countries. “Unlike the UK, we have a fairly robust notion of judicial review,” he said. “The supreme court can rule that acts of Congress and state legislatures are unconstitutional in some way. We don’t have the same notion of parliamentary sovereignty as the UK.”

The last vacancy was brazenly stolen by shameless Republican leaders. We cannot let that happen again
Tom Perez, DNC
On the nine-person court Kennedy, 81, stepping down after more than 30 years, sided with the liberal justices on gay rights and abortion rights, as well as some cases involving race, the death penalty and the rights of people detained without charges at Guantánamo Bay naval base. He has written all the court’s major gay-rights decisions, including the 2015 ruling that declared same-sex marriage is a constitutional right nationwide.

However, Kennedy has been a key vote when conservatives have won major rulings on the outcome of the 2000 presidential election, on gun rights, limiting regulation of campaign money and gutting a key provision of the landmark fede