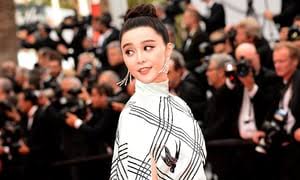 Chinese authorities are capping the salaries of celebrities, blaming the entertainment industry for encouraging “money worship” and “distorting social values”.

The salaries of on-screen performers should be capped at 40% of the total production costs, according to a joint notice from five government agencies including China’s tax authority, the television and film regulator, and the propaganda department. Leading actors should receive no more than 70% of total wages for the cast, according to the announcement, published in Xinhua.

The directive – the same as guidelines released last year by the China Alliance of Radio Film and Television – comes after a series of Chinese celebrities were accused of signing fake contracts to evade taxes.

In May a well-connected Chinese TV presenter, Cui Yongyuan, posted photos of contracts believed to belong to Fan Bingbing, one of the country’s highest paid actors. The contracts, one for $1.56m and another for $7.8m, were meant to be an illustration of “yin-yang contracts”, a common method of tax evasion in which only the smaller contract is reported to authorities.

China finds its own Top Gun and Rambo in wave of patriotic movies
Read more
Fan has denied any wrongdoing while Cui has accused other celebrities of the same behaviour. Tax authorities in Jiangsu province, where Fan runs a film studio, said this month they were investigating tax evasion by “certain film and television professionals as alleged in online discussions”.

Wednesday’s directive criticised the use of yin-yang contracts, saying they damage not only the quality of the country’s film industry but encourage China’s youth to “blindly chase stars”. The notice said the industry should put social benefits foremost: “Box office ratings and click-through rates should be firmly opposed.”

Chinese regulators have been working on reining in the entertainment and film industry, especially online content. Chinese citizens may support the restrictions, as many have grown critical of the exorbitant salaries of the country’s stars.

“Society has given them too much and look at what they give back,” one Weibo user wrote in response to news of the salary caps. Others were supportive but sceptical of any real change: “Thunder sounds loud while the raindrops are small. Other departments have made such announcements before.”

Chinese propaganda authorities are wary of too much debate. A directive issued to Chinese news organisations earlier this month said: “Content related to tax issues involving people in the film and television industry and ‘yin-yang contracts’ should be held back.”

FACT-CHECK: Is it true that 7,200 penises were shipped from Nigeria to China?