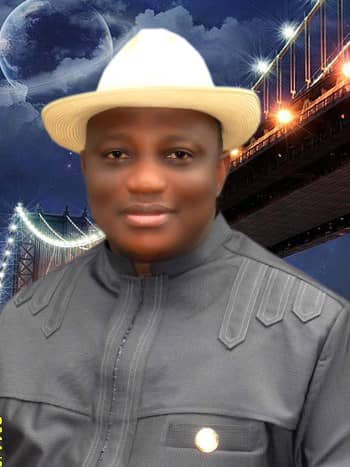 In contemporary Nigeria, the term restructuring has become a buzz word in electioneering campaigns. Irrespective of the political divide, many aspirants promised to restructure Nigeria even though the meaning of the term appears nebulous.

Some scholars in political economy posit that if the structure of State is faulty, good governance as epitomized in transparency, accountability, the rule of law and representation will be utopian. Re-structuring therefore presupposes that there is a structure in place, which may be faulty that requires restructuring.

The ambivalent connotation notwithstanding, most political pundits agree that Nigeria’s generic problem emanated from the 1979 Federal Constitution which in the view of sound legal minds, is not a true reflection of the wishes and aspirations of the people. The advocacy of a home grown constitution has been long in coming.

This group of restructuring advocates and asserts that a reversal to the Nineteen sixty-three and its regional structure would be a panacea. Activists of this variety anchor their argument on the need to give power to the Regions as it was the case during the parliamentary system.

Some minority rights advocates push for restructuring in terms of creating more states to give each ethnic group a sense of belonging. This category of advocates decry the skewed structural federalism, which is inimical to their aspirations.

For people in the middle-belt, restructuring might mean freedom from the Hausa-Fulani hegemony. The area is populated by the Tivs, Idomas, Jukuns and other ethnic groups, but because of the frequent clashes and struggle for power, the federally controlled Hausa-Fulani government has dominated and subdued the aborigines of the middle-belt. Restructuring therefore means freedom from Fulani hegemony.

For the Igbo ethnic group, restructuring as defined by some agitators is outright separatism from the geo-political entity – Nigeria. However, the Igbo intelligentsia re-calibrate restructuring to mean having a fair share of political power in the arithmetic of power sharing. The Igbos seek the presidency- the highest office in the land. Now, there is a babel of opinions about whether the Presidency in 2023 will be retained in the North or it will go to the West.

In the Niger Delta Region, restructuring is a demand for resource ownership and control on one hand and fiscal federalism on the other. The dominant argument is that in a federalism, states should be given the right to own, control and enjoy their resources.

This advocacy was the motivating force of the “Kaiama Declaration” of December eleventh, Nineteen Ninety-Eight. Similarly the militant agitations in the oil rich Region culminated in the establishment of the Niger Delta Development Commission (NDDC), the Ministry of Niger Delta and the pacification of the agitators which found expression in the Presidential Amnesty Programme. However, the environmental injustices are still looming large.

Whichever way restructuring is understood, the concept is ambivalent hence it lends itself to several explanations. The existence of several ideological permutations makes restructuring difficult to embrace by a critical segment of Nigerians.

Whereas, balancing the political equation is a major problem, most Nigerians see the country as a dichotomy between the north and the south. Others believe that power sharing should be done along the line of the six geo political zones while others hold that power should be rotated among the major ethnic groups. This thinking has rendered restructuring a mere good intention.

Ethnic division and political sentiments also fuel divisive tendencies. This is the more reason the concept of restructuring is viewed as a way of dividing the nation. In the view of some vested interests, Nigeria should remain as one big and strong indivisible entity to project the interest of continental Africa. Put together, restructuring will remain a distant dream because of the disagreement of the elite.

However, objective analysts tenaciously hold the notion that restructuring should start with developing a homegrown constitution, which is the grundnorm upon which any structural reforms will be predicated.
The truth is that if the constitution is the basic document of the land, it implies that every structural change should be predicated on it. Then all Nigeria’s socio- cultural, political and economic challenges may be accommodated.

Nigeria is richly endowed with human and natural resources but the paradox is that we parade bad statistics in all sectors of our economy. This has made restructuring even more imperative.

Our elites should initiate the process of restructuring the Nigerian state. Our political economy is getting worse. Corruption is worsening by the day. Our hopes of national integration are chattered. It has become obvious that restructuring will enable us maintain regional integrity. Restructuring is a phenomenon we cannot postpone any longer if we have to sustain our regional integrity in one Nigeria.

The Northern are obviously scared of Amotekun. The South-west is right because the federally controlled police cannot protect lives and property in that region. The South-east mauls Ebubeagu as her security outfit but the activities of IPOB seem to have undermined it.

Only the South-South has not been able to secure an outfit to secure the Region. This is why insecurity walks on four legs in all parts of the country.

Revisiting the knotty issue of State police will be another panacea. Regional security outfits and community policing are essential. State ownership and control of resources is imperative. Restucturing is not a silver bullet but if we must stem the tide of insurgency, ethnic divide, the sectional dichotomy and to maintain the corporate existence of Nigeria as an individible entity, the colony of those attacking restructuring are beginning from the ludicrous to the absurd.

John Idumange
is a public intellectual