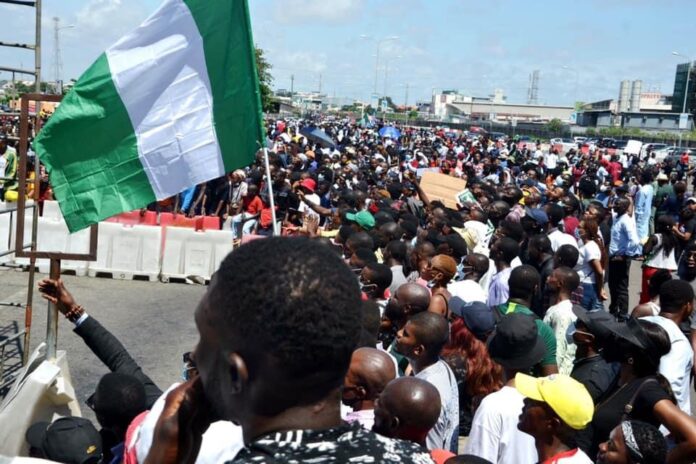 The role of morality in shaping society is better imagined than described. It is the fulcrum of ethical soundness in every given society. Morality dictates the modus operandi of society. It defines the contours of relationship among the people.

Morality differs from one society to another. But what makes it central and indispensable is the fact that it defines the correctness or otherwise of human behavior. The power to regulate human behavior makes it always attractive.

Society is a complex space for mankind and other organisms. Hence, mankind has craved to live in respect of one another – to the extent that the right of organisms are always recognized and respected.

This is, to a large extent, necessitated by the dire need for considerable amount of conservation and regulations on exploration of our environment in a manner that extinction of organisms is discouraged by laws and acceptable practices .

However, it beats one’s imagination as the Nigerian Nation and Nigerians now celebrate immorality to high heavens. The degree of moral relapse is worrisome, becoming fearful, as shame is not an issue to reckon with as a moderating phenomenon of society these days for orderliness.

With the emergence of Tiwa Savage sex tape that had assumed more of celebrating dimensions than greeted with outright criticism and condemnation from sound minds, be it from religious authorities (Christianity and Muslim , more particularly) scholars, fourth estate of the realm, elders and parenting class, entertainment industry etc .

But what has been observed is that Nigerians are busy discussing and growing emotional unnecessarily on this outrageous misconduct of Tiwa Savage, be it an act of fiction, cloned or real sex tape that had rented the social media unabatedly.

Even though it is an infringement of freedom of expression and all of it, but this sacrilegious and outrageous misconduct is yet to witness same from Nigerians.

Surprisingly, Nigerians are busy engaged in this unproductive misconduct of Tiwa savage sex tape that is not far from forbidden and abomination in all standards of Nigeria/African culture and tradition.

In any case, Gov Wike of Rivers state, had expressed disdain for similar misplaced misconduct of pornography, as the no nonsense Gov Wike has not hesitated to bring the law to bear, on a tele bill board owner that is involved in the airing of sacrilegious content publicly unsolicited for.

It is important and necessary for Nigerians not to force PMB led federal government to regulate the social media, as a result of this obvious abuse deliberately occasioned by the likes of Tiwa savage, even though it might be fiction, cloned or real,m; the abuse is uncalled for.

Firstly, it’s idoitic and unthinkable to tread on that line of anti-social conduct, in the name of show biz. Moreso, it’s completely public abuse of decency and womanhood.

Hence, Nigerians are advised and warned not to engaged in conflicting conducts that misrepresent, unproductive and undignified to mankind.

In the same vain, we urge Nigerians to jettison and not to encourage abuse of public space such as the social media and any other form, in the name of freedom and rights that are corruptible.

It’s not out of place for the law to come to bear reasonably and without delay. We need not to fight individual fronts to curb abuse of public space, occasioned under any disguise and circumstances by way of making public statements( attracting attention, promoting one’s trade or business, revenge, Blackmail, or extortion etc.) Rather, Nigerians are to be encouraged for undue advantage, circumstances, by standardised actions and conducts (by employing and applying the law, public outcry, reporting to constituted authorities, reach out to civil organisations/ NGOs ) for help and redress.

These are appropriate media to address undue advantage done any body, rather than abuse the social media space.

As patriotic Nigerians, it’s time we contribute our own quota positively for orderliness and respect for public space in society/Nigeria. In view of the above, as obtainable in civilised climes, it’s not an open end affair as herein witness in Nigeria.