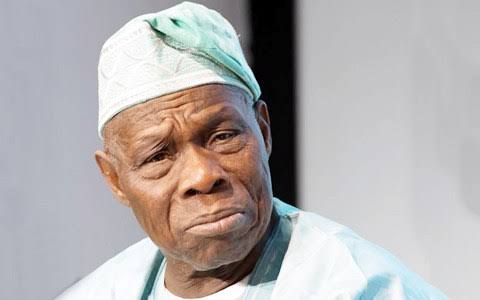 My hunch may be effete, and my intuition may be asthenic. The submission I make in this treatise is not a whammy whisper from God into my hearing ears. If what I think the concerned is thinking is off-mark, I beg for mercy.

Former President Olusegun Obasanjo recently insinuated that he may soon be packing his portable suitcase for a quick trip to quod. That is the impression I got from Baba Obasanjo’s shocking announcement to the world recently that President Muhammadu Buhari is set to bundle him back to prison on sundry trumped up charges. I don’t think this will ever happen; but, what if I’m wrong? If Obasanjo is arrested, how many Nigerians will cry?

President Buhari and Baba Obasanjo have been locked up in a dicey duel for close to a year. Obasanjo was a champion of Buhari’s presidential run in 2015. He believed that candidate Buhari was the answer to Nigeria’s many ills. “I see Buhari as the next President and Jonathan is aware of that…a General is always a General…”. This was then the gutsy gospel of Baba about the man he helped make president. Buhari also, in turn, dived into some sweetly-stringed logorrhea about his former boss. “General Olusegun Obasanjo is the only living Nigerian that led Nigeria for more than 11 years; so, for anybody to think that General Obasanjo is irrelevant, or he was trying to push his influence over issues, I think he’s being uncharitable and not being fair to Nigeria’s political development.” Readers, that was then. The lovey-dove season between the two seems to have fizzled into the thin swooshing air. And it’s all because of the politics of 2019!

Obasanjo’s 13-page letter to President Buhari earlier in the year stirred up a spatiotemporal hubbub across Nigeria. Baba demanded that Buhari should abrogate his ambition and not seek re-election in 2019. He believes that the President has failed wobbly and woefully in all aspects of governance. He wants him to go back to Daura with the remnants of his integrity intact. But Buhari has announced he is running. And faster than an unbridled horse; he is on a sprint to triumph.

Is Obasanjo sincerely terrified by the possibility of incarceration? The four big walls of the prison are familiar to him. In 1995, he was on a holiday in the US when some of his acolytes in government informed him that the military dictator, Sani Abacha, had made plans to throw him in the slammer and silence him forever. On his arrival in Nigeria, military snoopers slid him in shackles and dragged him before an unjust judge who whammed him 30 years behind bars for being an “enemy” of the state. Baba knows the territory of the prison like the back of his hands. So, If Buhari goes through with the alleged arrest plan, it’s a familiar song to the former president.

Differing opinions have been expressed about Obasanjo’s allegation. Buhari’s Minister for Information, Lai Mohammed, calls it a “concoction of a mind worried by guilt”. Muhammed said that it is not in the character of his principal nor in that of his administration to hound citizens who hold opposing views. A few people have also likened Obasanjo’s SoS to a man who woke up in the middle of the night to use the toilet; and sighting his own shadow, he screamed in trepidation and terror of the grotesque image. They call it the growling of the guilty. What should worry Obasanjo so much that warranted an SoS press statement?

It is a known fact that Obasanjo has a legion of enemies. Many of them he may have made for himself. In his ethnic backyard, Baba is sparsely beloved. In many elections where he was either the candidate or a backer of another, Obasanjo fell woefully short. Baba, many say, has historically vehemently antagonised Yoruba eminent personalities the people loved. We heard that he despised Chief Obafemi Awolowo when he sought to be president; and he is also rumoured to have hated MKO Abiola up till he passed on. At the commemoration and investiture marking the formal Federal Government’s recognition of June 12 as the National Democracy Day and honouring Abiola, Obasanjo was conspicuously absent. A reliable voice close to the ruling party told me last week that during the electioneering in 2015, Buhari had discussed with Obasanjo in his Abeokuta home that he intended to honour Abiola based on advice he received from some political heavyweights from the South-West in the APC. The former president, I was told, had kicked against the idea. The sitting President, this time round, had to go ahead with the gesture without running it by his friend, the former president, who has now become a foe. Many Nigerians, especially in the South-West believe that Obasanjo loves to quickly ‘shoot’ down any rising or shining star getting more reverential leadership attention than him. “Without me, nobody becomes somebody” is alleged to be the world Baba cherishes to live by. Are these just assumptions coming from haters; or they are facts from a people who see Obasanjo as one of Nigeria’s very many problems?

If Buhari orders the arrest of Obasanjo for corruption or other infractions while he was President; how many Nigerians will cry? Buhari may be privy to some confidential information about Baba separate from the $16bn splurge on electricity that only helped electrocute Nigeria’s economy and thready life and living. When Obasanjo was imprisoned by Abacha, how many Nigerians protested the mean move? But when Abiola was arrested by the same junta, for many months, economic activities were grounded to a halt as a show of solidarity for the murdered billionaire winner of June 12 election. Between the Yoruba and Obasanjo, the love song has a very short stanza that may never last mellifluously too long.

As a young man, Obasanjo lived next door to my house in Odo-Ona Ibadan before he enlisted in the Nigerian Army. I have deep love for Baba Obasanjo; sometimes, I wonder where it came from. I love him for his sacrifices trying to make Nigeria one. I love Baba because he was among those used by God to end the gruesome Nigerian Civil War in 1970. I love Ebora Owu because he is one among Nigerian presidents who is a nationalist in attributes. I love Baba Iyabo because as president, he did a few good within his ability. But there are millions of Nigerians who don’t have a pint of love for the former president. If there will be a frenetic jump-start of excitement because of his possible arrest by Buhari; the knee-jerk and instinctual celebration may begin close to home among his kin. We heard that many of the toes Baba stepped on over the years still nurse the purulent scars of hurt and pain till today. If Chief Olusegun Okikiola Aremu Obasanjo is arrested today, how many Nigerians will cry? Baba may be surprised. Not too many people I know.

Atiku Accepts PDP Ticket, Thanks Obasanjo For Making Him Vice-President

Why I met with Obasanjo – Saraki

JUST IN: Saraki in Closed-door Meeting With Obasanjo

2019: Buhari Must Defeat this Six Strongest Army Generals If He MUST Return Back To Power In 2019