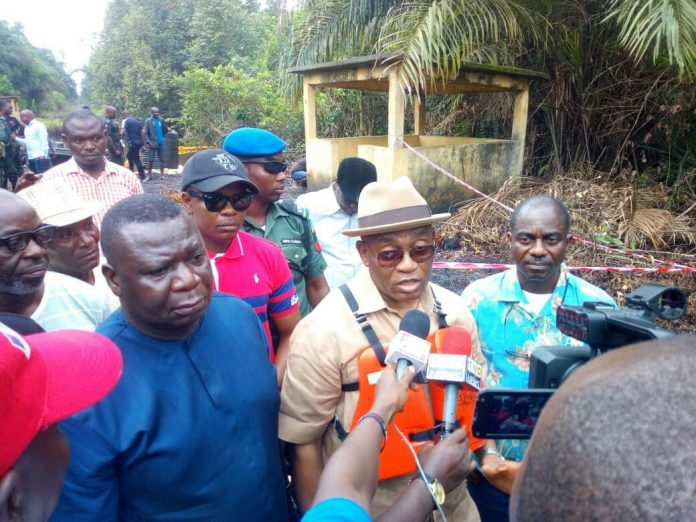 Bayelsa State Deputy Governor, Retired Rear Admiral Gboribiogha John Jonah, has called on Shell Petroleum Development Company to conduct an integrity test on its pipelines in the Niger Delta region, given the frequency of oil spillages from its operations as well as the fact that a good number of its pipes were laid a long time ago and may have suffered from corrosion.

He stated this at one of the spillage sites when he undertook an on-the-spot assessment of the extent of damage to the environment, following the recent eruption of the SPDC River Ramos pipeline that resulted to spilling of crude oil into the River that affected Aghoro Community and others in Ekeremor Local Government Area.

The deputy governor also berated SPDC for the delay in carrying out remediation activities and provision of relief materials in order to mitigate the sufferings of the people in the impacted communities, considering the fact that the oil spillage occurred about a month ago.

While noting the usual Joint Investigation Exercise that would be carried out to ascertain the cause of the spillage, the deputy governor equally advised SPDC to ensure that all the relevant parties must be involved in the exercise, stressing that it should be done in accordance with international standards.

He also commended the people of Aghoro for their patience and maintaining peace, assuring that the State government will do the needful.

While briefing the deputy governor in one of the sites, Engr. Charles Ebulu said that SPDC was doing all that is necessary to contain further spread of the spilled crude and pleaded for understanding from all stakeholders.

He also stated that the issues raised by the deputy governor would be communicated to the appropriate quarters for necessary action.

Also speaking , Hon. Fred Agbedi, Member, representing Sagbama/Ekeremor Federal Constituency in the House of Representatives, who is also an indigene of Aghoro, stated that the Community had suffered from two oil spillages in recent times, with the first one occurring in April this year at Odimodi Area in Delta State which extended to Aghoro and the second on May 17, 2018 at Aghoro axis, all on the SPDC River Ramos pipeline.

According to him, the two spillages have devastating effects on Aghoro and other surrounding communities, resulting to massive destruction of the aquatic life which is their major source of livelihood .

He, therefore, called on both the Federal Government and SPDC to take some quick actions to alleviate the plight of the people.

In his remarks, the Amananaowei of Aghoro, His Royal Highness, Ibamua Ojukonsin, said sadly that it took SPDC, two weeks to respond after the incident was reported, to take action to contain the spill, adding that the community was yet to receive any form of assistance from SPDC by way of relief materials, including medical supplies.

He also decried the situation whereby SPDC was eager to effect repairs on the pipeline in order to resume production and nothing has been done for the impacted communities.

See photos of the tour 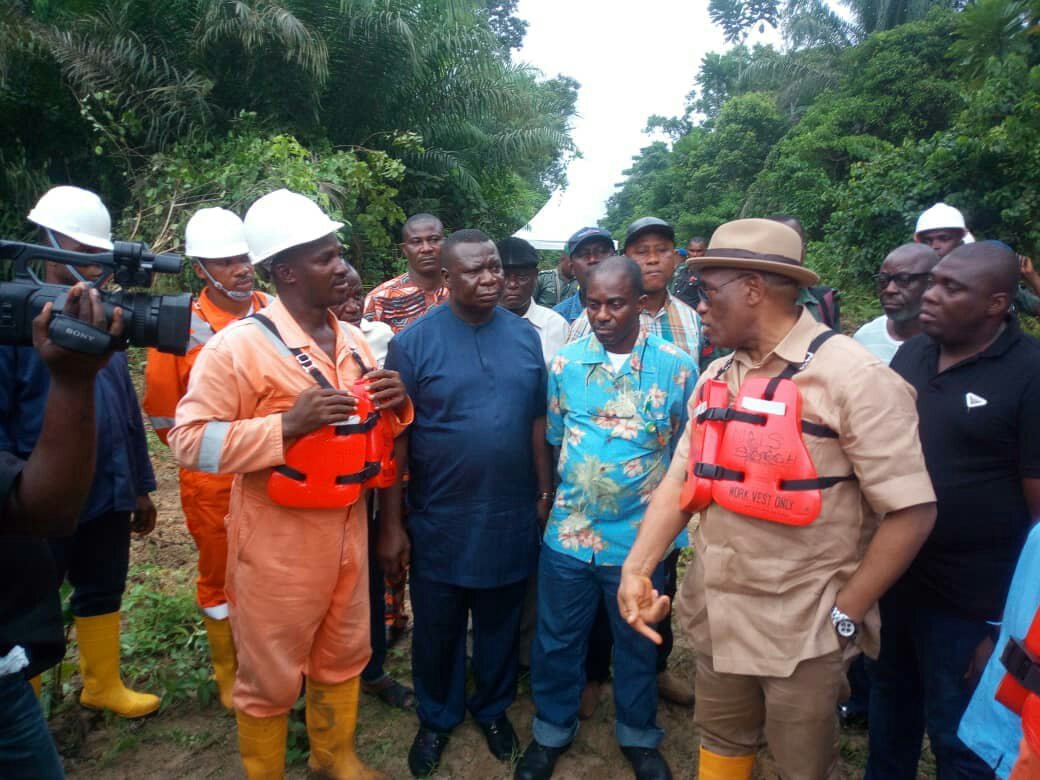 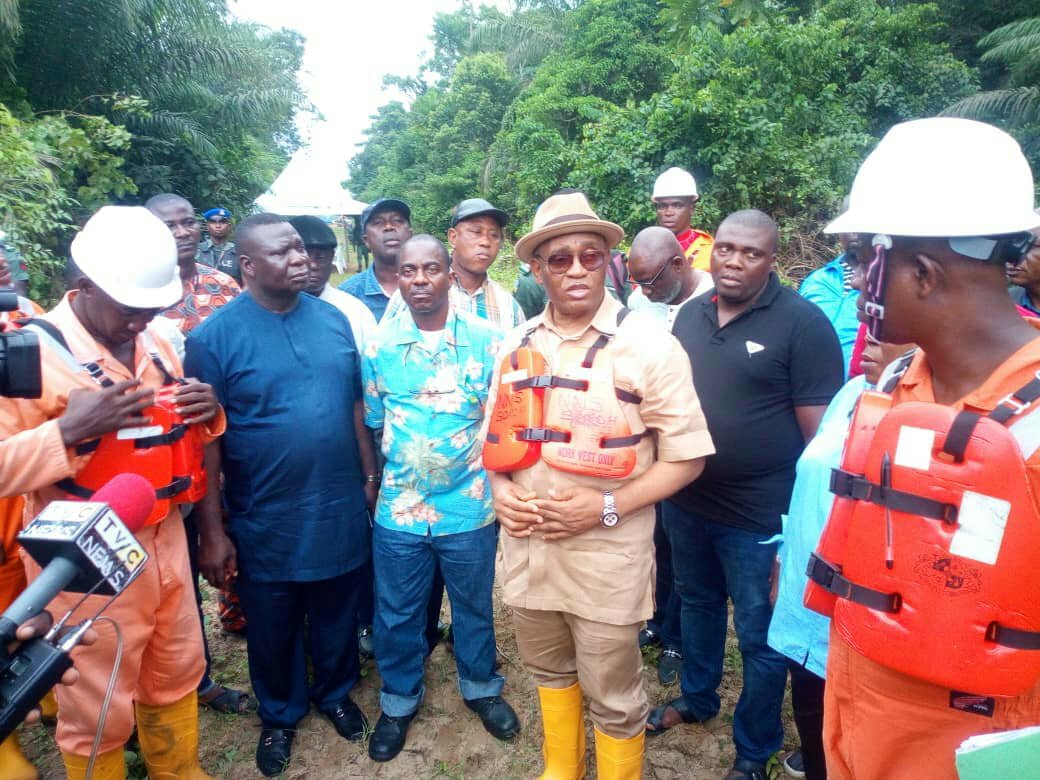 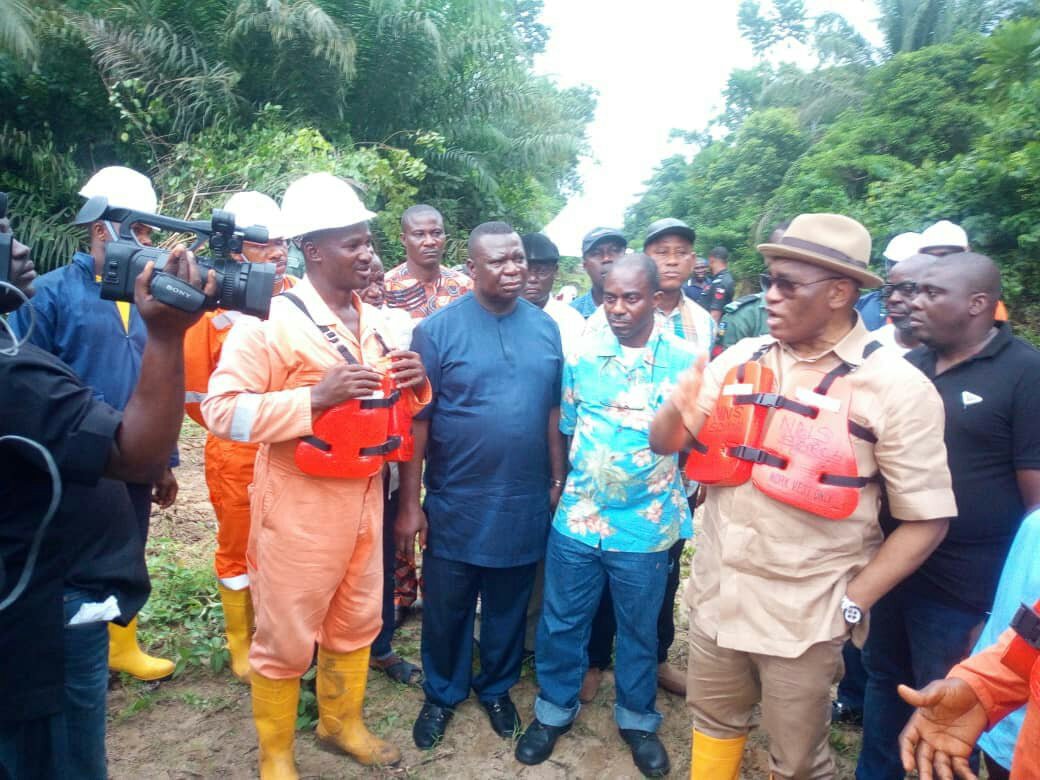 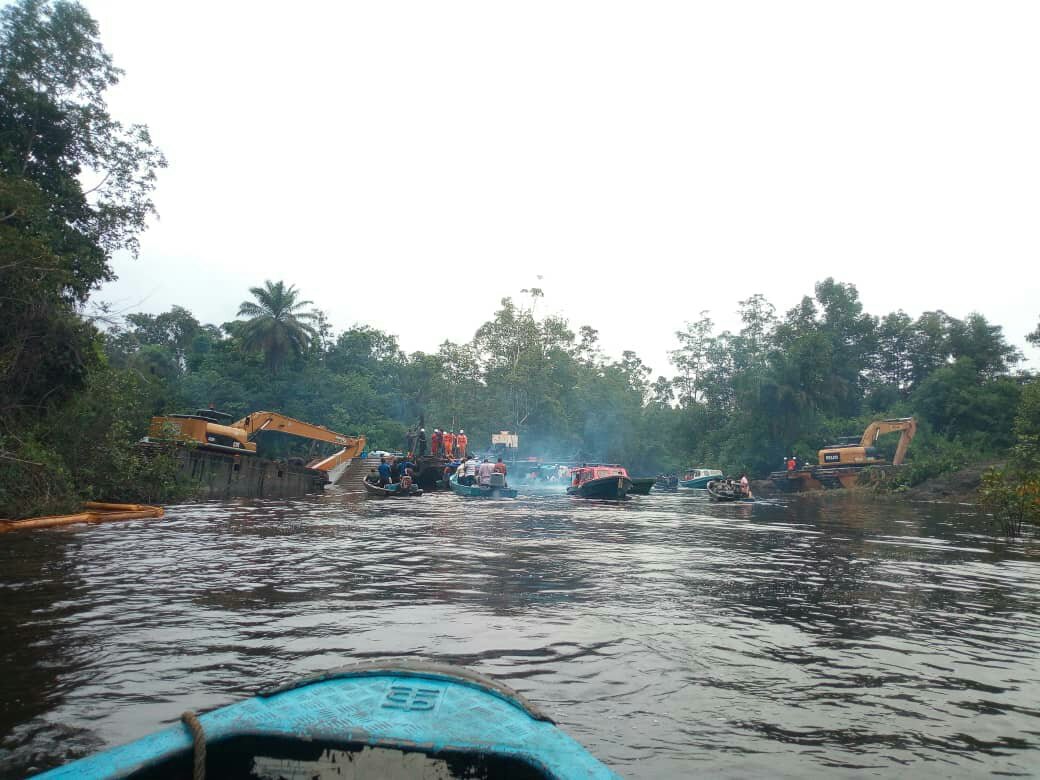 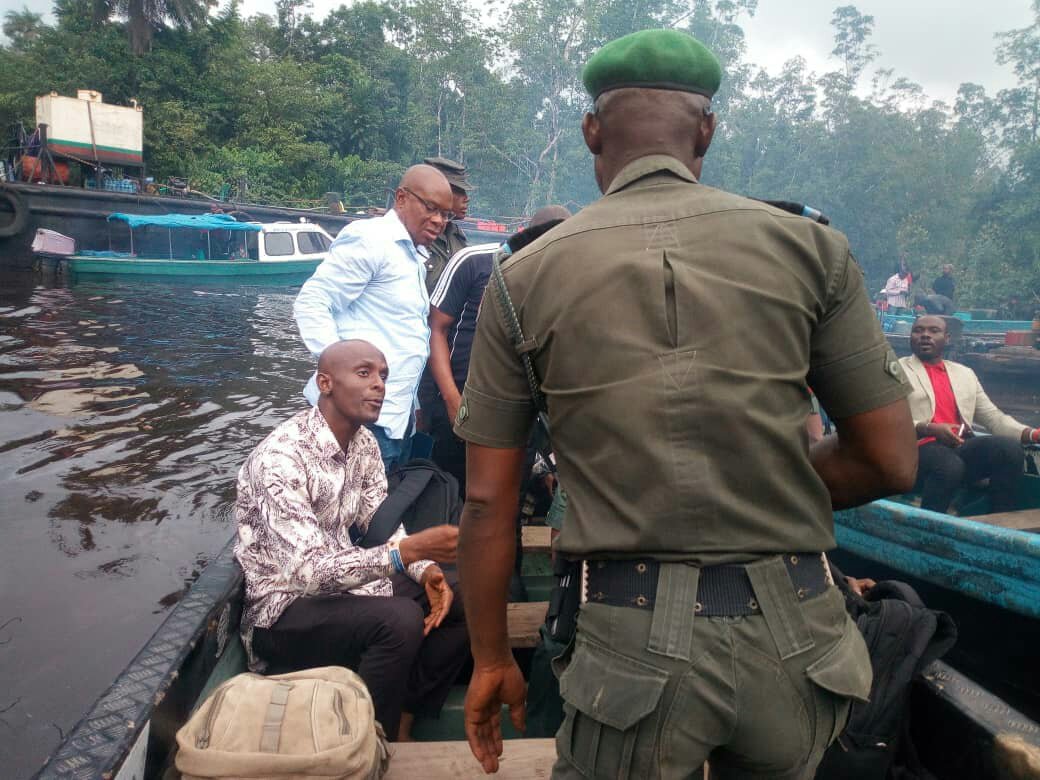 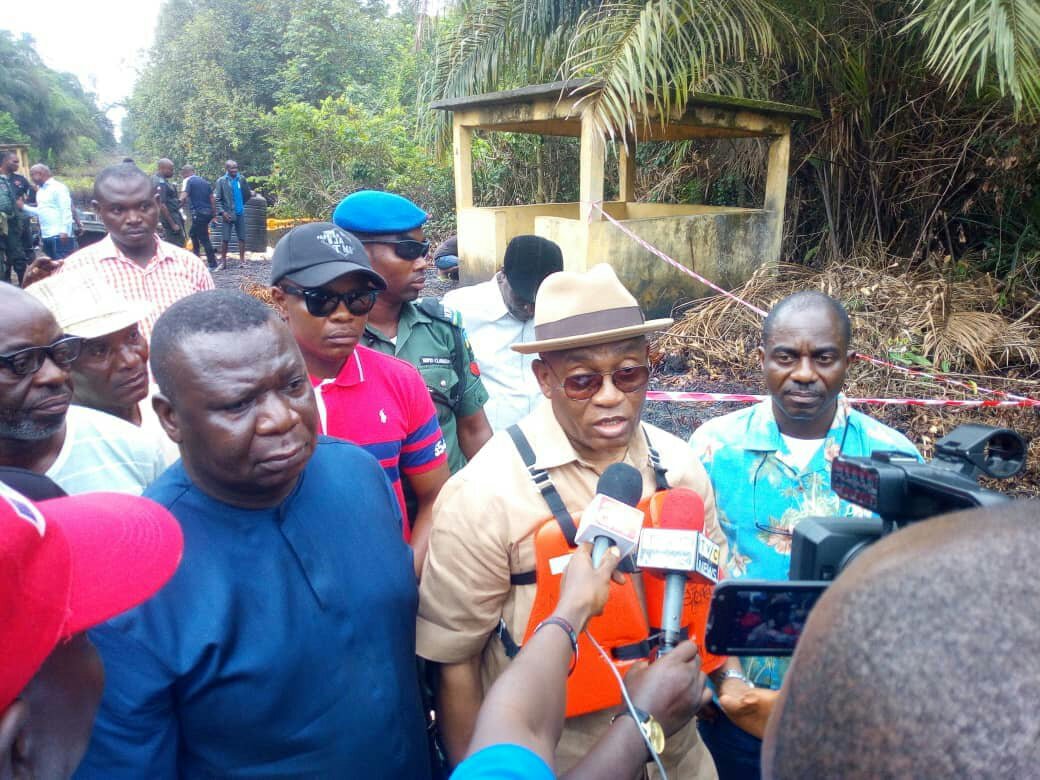 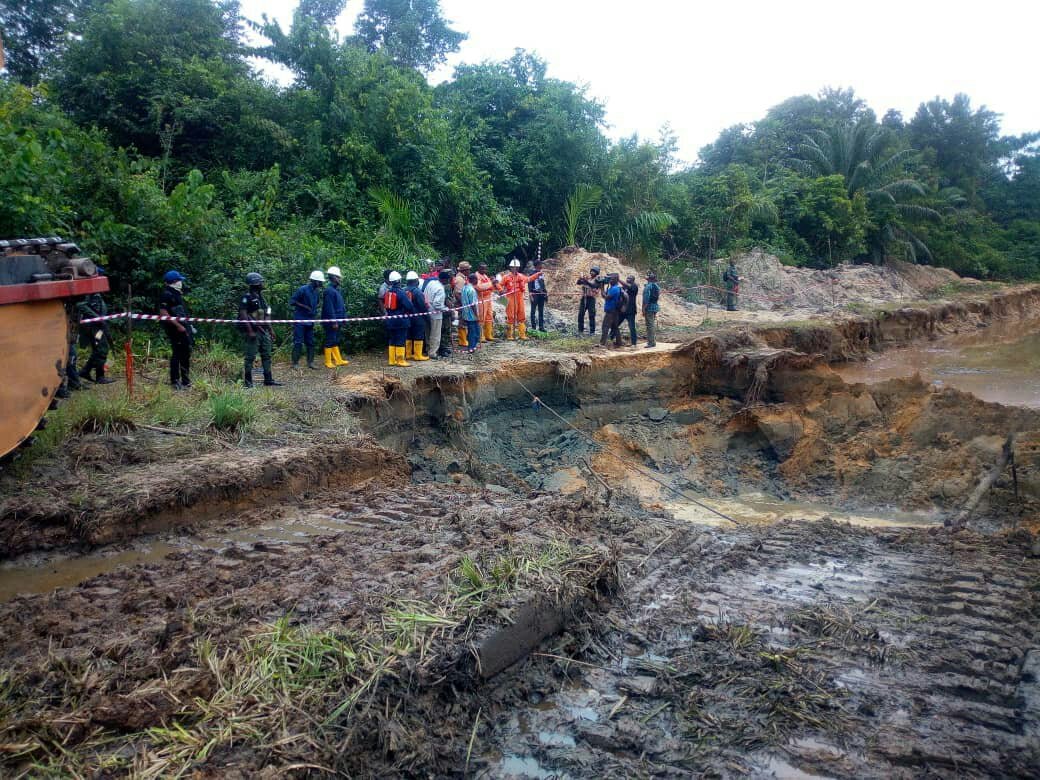 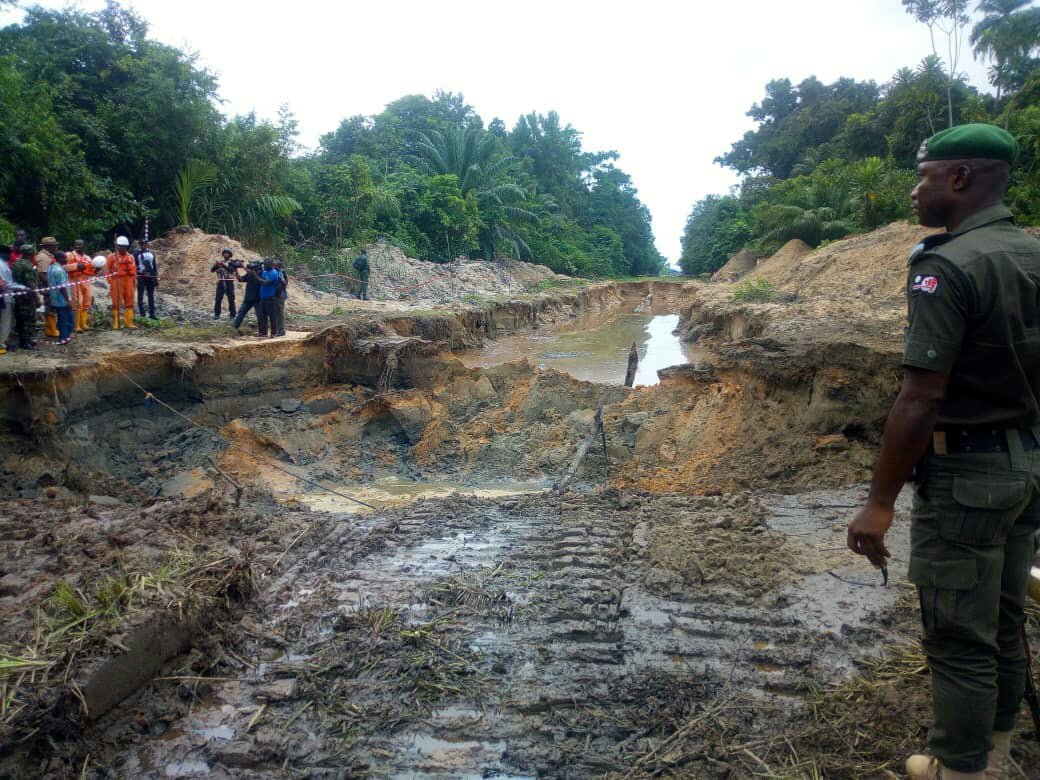 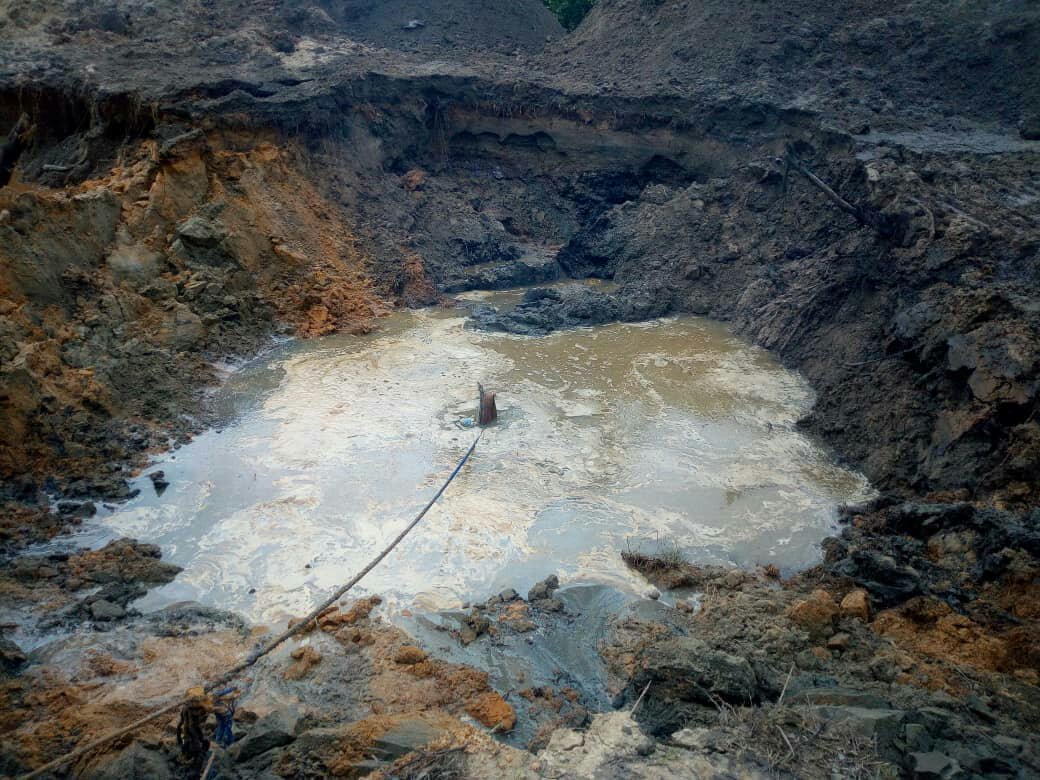 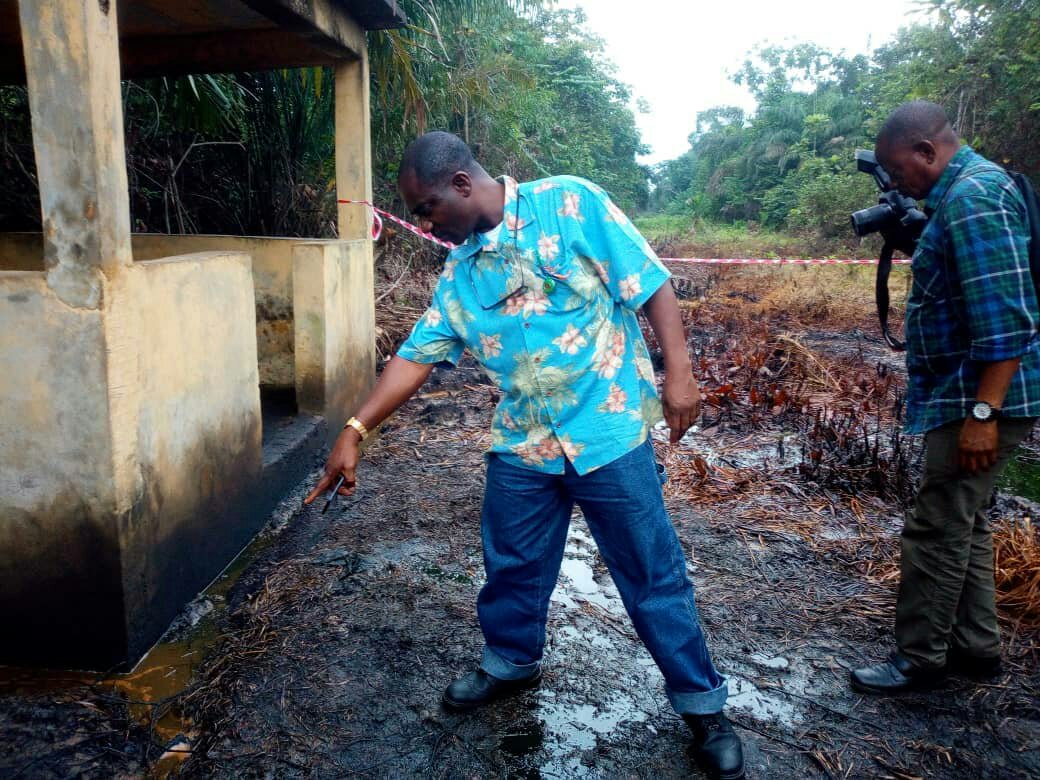 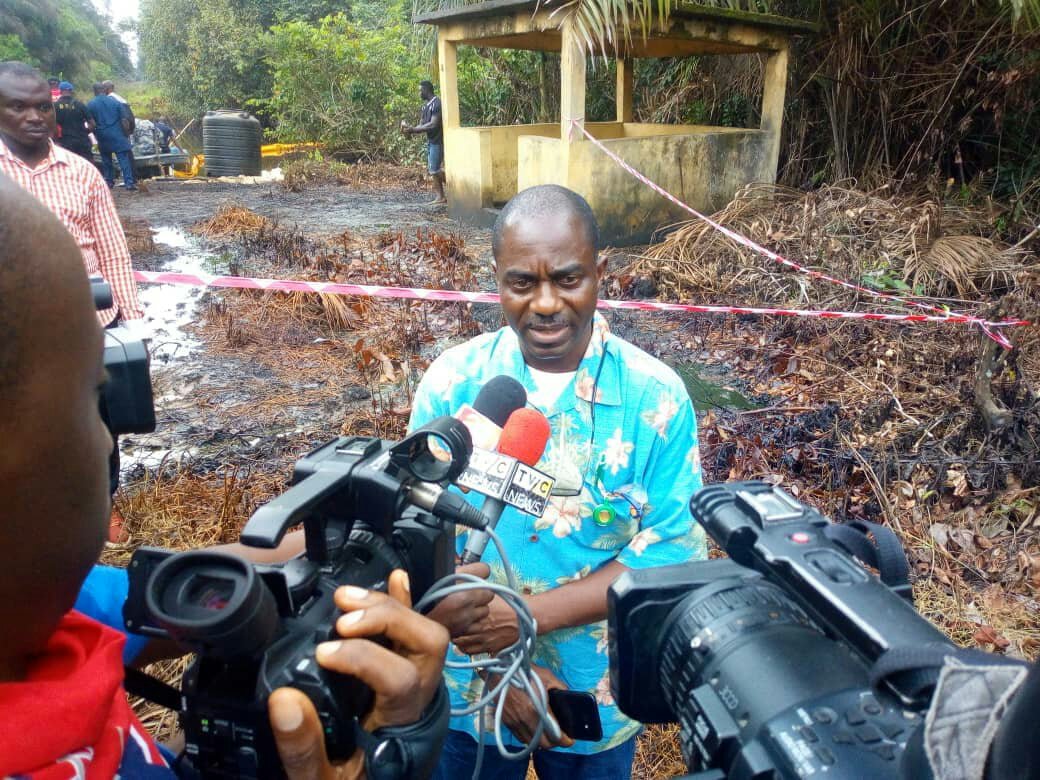 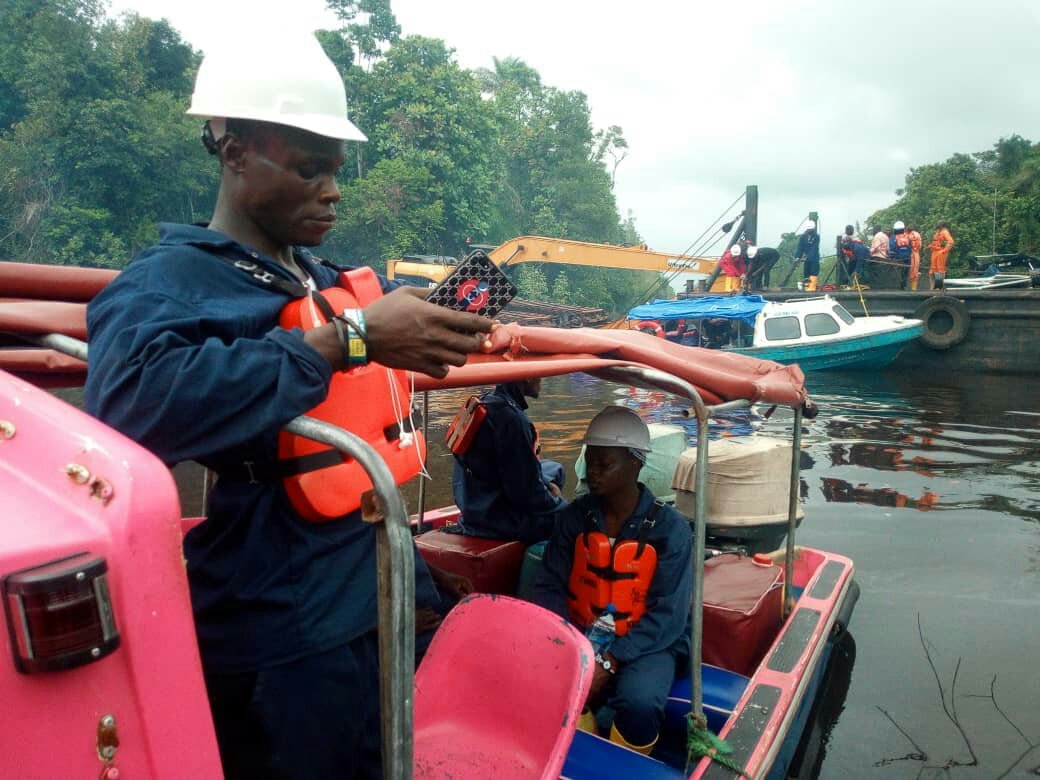 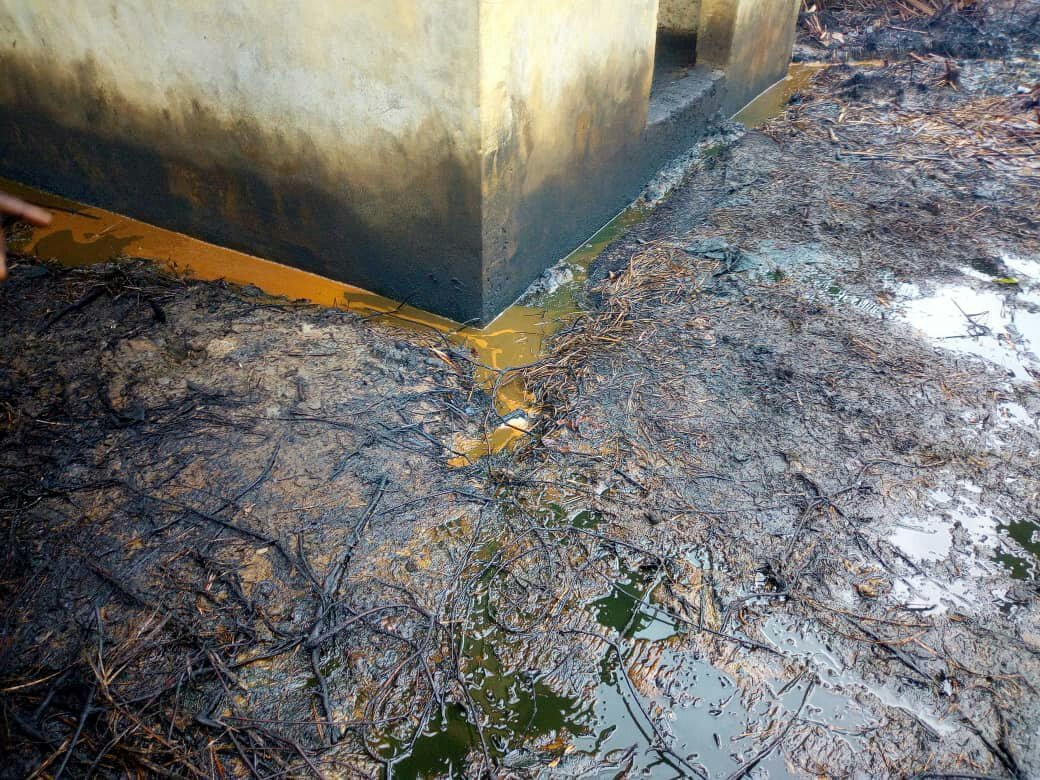 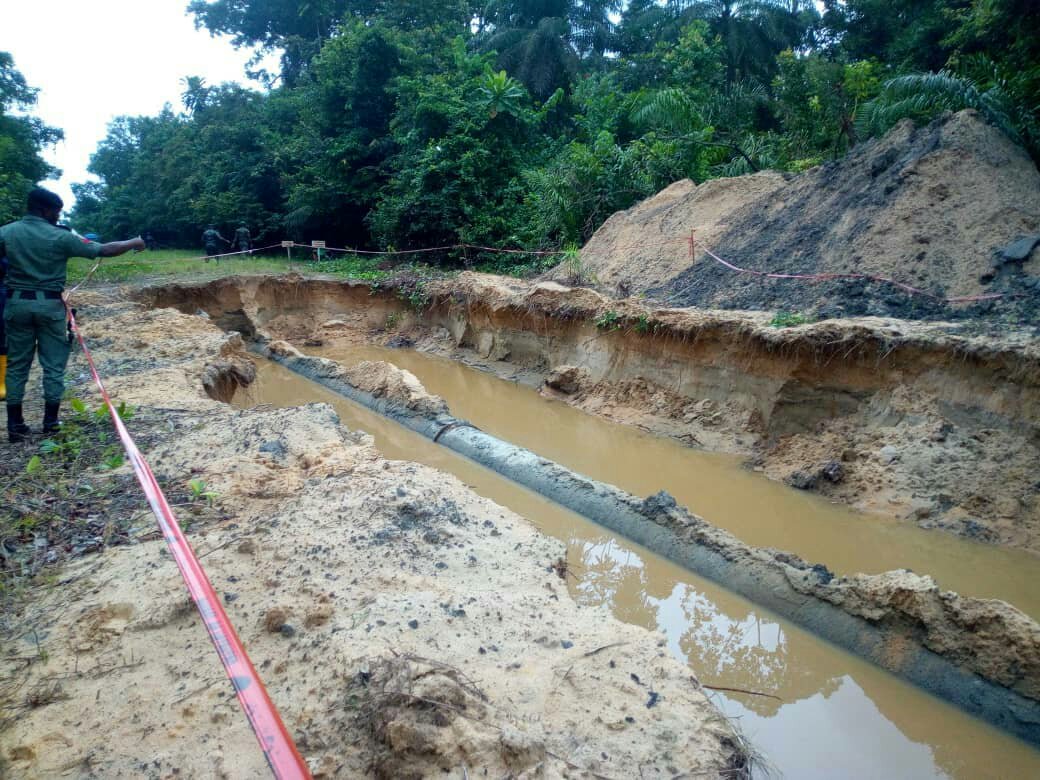 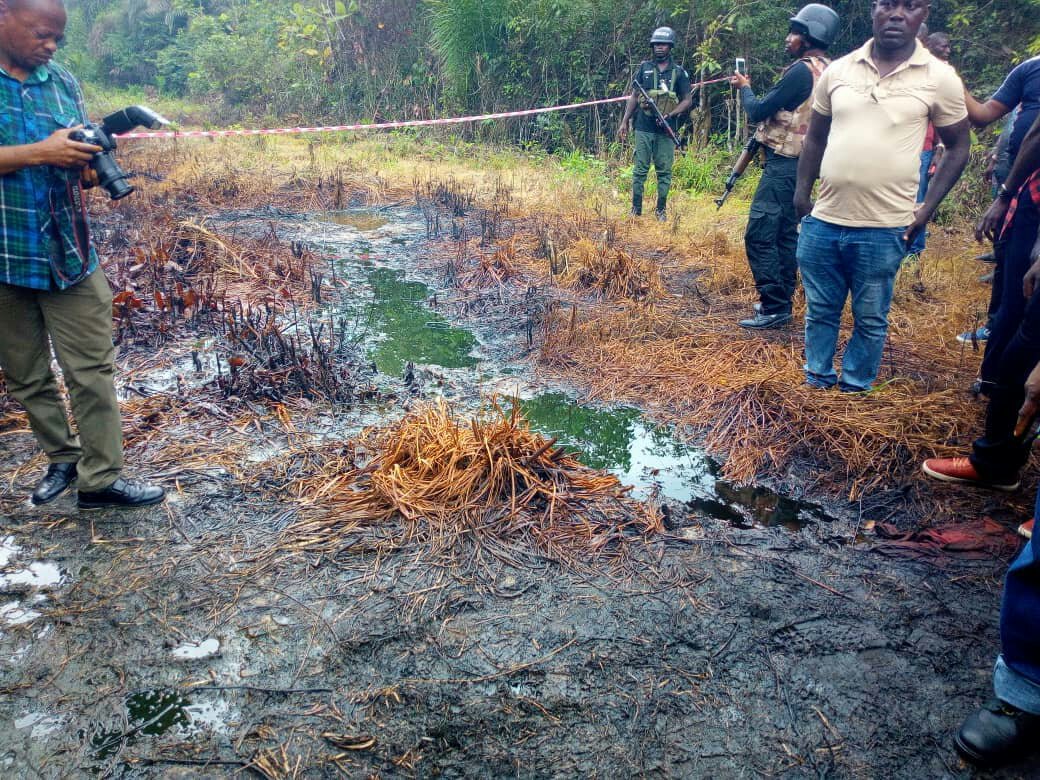 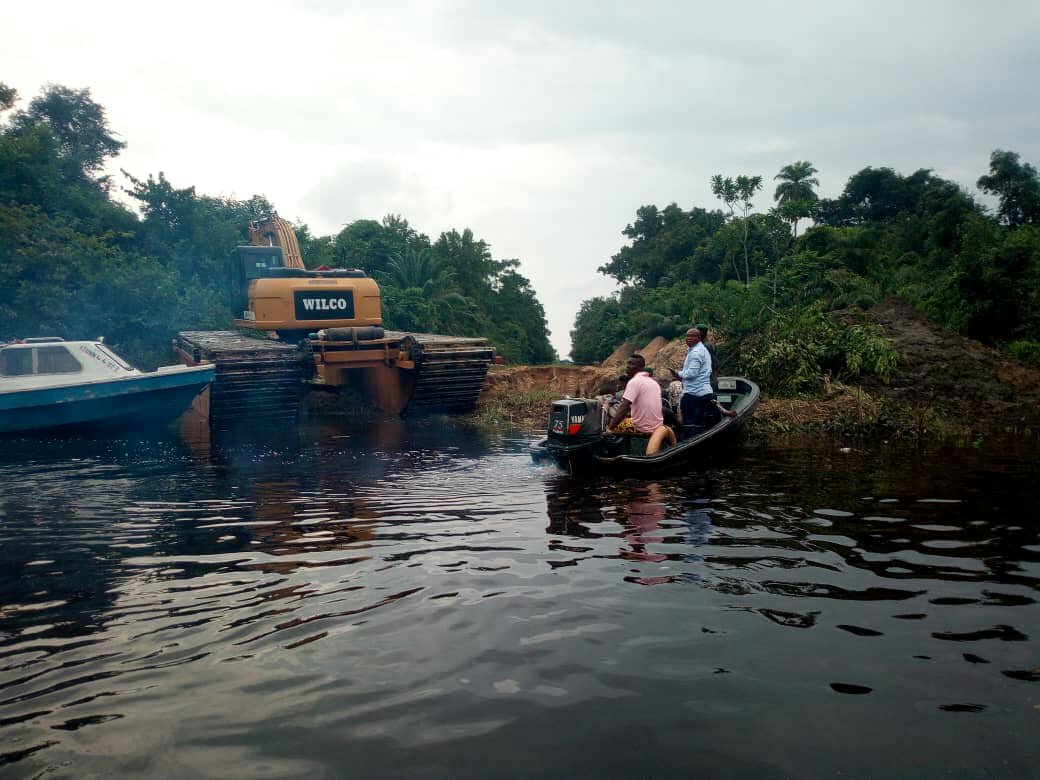