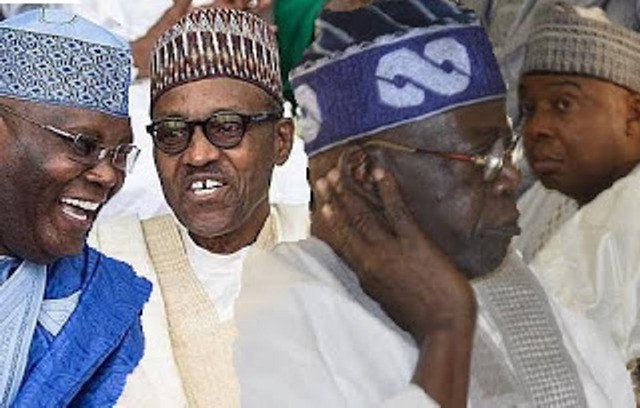 Chief Kenny Martins, a Campaign Adviser and Strategist for the MKO Abiola Presidential Election Campaign in 1993 has criticized the All Progressive Congress (APC) leader, Bola Tinubu for being silent on the issue of restructuring.

Martins, whose sister, Taiye, was ex-President Olusegun Obasanjo’s wife, said that Tinubu made noise about restructuring while in opposition but lost his voice since the Buhari government assumed power.

He pointed out that Tinubu’s quietude made Nigerians to start paying attention to former Vice President Atiku Abubakar’s comments on the matter.

“The Yoruba and the South West came to power under this arrangement and they are talking about government of the South West”, he told Sun.

“Nobody echoed restructuring more than Ahmed Bola Tinubu. He was the champion of restructuring while in opposition, but he doesn’t talk about it anymore.

“At the moment, a man who is a diehard conservative, who is in PDP, is now the foremost champion of restructuring. I am talking about Atiku Abubakar.

“When he gets to power on its wings, you will never hear of it again in his mouth. Restructuring has become a song to sing and people dance and take you to the villa. When you get there you shut your gate and tell them to go and sit down at home.

“Anybody who says he is going to restructure is lying to me and you because he will not be able to do it when he gets to power.

“Except there is a coup, except we resolve to suspend the constitution and suspend what we are doing, and then agree before hand on what we want, set out on a referendum and the teeth to execute it, there will be no restructuring.

“So let them not use restructuring to deceive us to get to power again”.

Asked if Buhari’s recognition of June 12 will influence the outcome of the 2019 general elections, Martins predicted that the declaration won’t swing the mood of votes.

“The pronouncement just got Nigerians cheering and that is all. Look, something else is going to happen tomorrow. This one we are talking today, June 12, wait till tomorrow.

“It is like saying that Saraki is an armed robber and it will rock the nation and they move on to something else.

“Just wait till tomorrow and see whether the noise will not die down. Before the election, a lot of water will flow over the bridge. We are dancing kokoma over June 12.

“Does it put bread on my table? Does it put power in my house? Does it repair my road? Does it pay my pension as an old man? Of what use is this June 12? Are these campaign issues?

“We do not know where the election is going yet. Neither PDP, nor APC. Neither General Buhari, nor General Obasanjo. Neither Atiku, nor Saraki.

“Nobody should be smiling yet because nothing has been determined. Nigeria is full of surprises and I want to assure you that 2019 will be full of surprises. For Buhari to win will be a major,” he added.