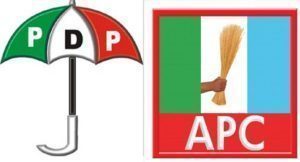 #NaijaLiveTv
President Muhammadu Buhari’s public rating may have scaled up, on account of his recognition of the June 12, 1993 Presidential election, and appreciation of the efforts of late Moshood Abiola, and other Human Rights Campaigners, like late Chief Gani Fawehinmi, SAN, but he still has a hurdle to scale, in order to come out successful in the much anticipated 2019 general elections.

For the President, his Military constituency may still be his major opposition, as many of those who had worked in the past to stop his ascendency to the Presidency of Nigeria, may still be watching from the flanks, while plotting their next move for 2019.

Within the Military community, are some Retired Generals, who are not yet tired of stirring the nation’s political compass; and a few of them have already spoken out over their mindset concerning Buhari and his race for 2019. The question is, can Buhari take them on, and come out unscathed?

See those President Buhari may have to take on, to get through with his plot for a return to power, come 2019.

IBB, as he is popularly called, sits on President Buhari’s enemies list. Buhari is yet to forgive him for leading the pack of Military Officers that overthrew him in 1985. Babangida also imprisoned Buhari and refused to allow him attend the burial of his mother, a reality that has made him a Buhari enemy for life. Even efforts to reconcile the two in the early 2000s, spearheaded by the Sultan of Sokoto, failed, as Buhari believed that Babangida was the one that offended him, and ought to come to him to seek for forgiveness.

Babangida is believed to have funded movements in the past that stopped Buhari’s quest for the Presidency. The Buhari camp believes that IBB is still a dangerous figure politically, and may be up to some game as 2019 approaches, especially given his renewed alliance with some top Retired Generals, who were involved in the politics of Nigeria from 1985. It was learnt that though Babangida supported Buhari’s aspiration in 2015, as a show of letting the past be, the Buhari camp remains suspicious of his constant meetings with other Retired Generals, who now allegedly, see Babangida as a rallying point against Buhari’s 2019 Presidential aspiration.

Obasanjo was Nigeria’s democratic President, from 1999 to 2007. He presided over the 2003 and 2007 Presidential elections, which Buhari contested and lost, though he (Buhari) believed he was rigged out.

Buhari also believed that Obasanjo used the Judiciary against him in the subsequent litigations. Though, he backed Buhari in his 2015 quest, Obasanjo had recently publicly declared ‘war’ against Buhari, urging him not to present himself for re-election in 2019, on the argument that he had failed.

Furthermore, Obasanjo believes that Buhari has fragmented Nigeria like no Leader before him had done, and also mismanaged the economy, such that more Nigerians now beg for food to eat.

However, the Buhari camp sees Obasanjo as even more dangerous than Babangida, and one who must be contained before 2019. The camos also believe that with Obasanjo’s international and regional connections, he could stir up the international community against Buhari, on account of poor human rights records, and alleged refusal to publicly repudiate the killer herdsmen, who are wreaking havoc on Nigerian communities.

It was garthered that Obasanjo has held meetings with several Retired Generals, in plots on how to stop Buhari in 2019.

Nonetheless, Buhari, despite accepting Obasanjo’s support in 2015, still believes that Obasanjo institutionalised corruption in Nigeria, during his leadership from 1999 to 2007. Buhari is said to have told a United States of America envoy to Nigeria, prior to the 2007 general elections, that Obasanjo ruined the economy, and supervised the most corrupt privatisation exercise.

Though, he is not known to have shown an open disapproval of Buhari’s leadership of the country, since 2015, the Buhari camp believes that he has become too associated with Obasanjo and Babangida for comfort. Despite his role in ensuring a peaceful transition in 2015, the Buhari camp sees him as working with other Generals, to ensure that President Buhari does not achieve a second term in office. He is also alleged to be using his contacts in the international community and the African Union, to mobilise support against Buhari.

However, Gen. Abubakar remains a quiet strategist. He is not known to talk much. It was gathered that his silence, and close association with other Generals is unsettling the Buhari camp, marking him out as another of the top Generals to watch, as the 2019 election year approaches.

Though Danjuma is said to have donated generously, cash and materials, towards Buhari’s campaign in 2015, he is said to have fallen out with the President, and is marked as one to fear, because of his stupendous wealth. Danjuma is seen as a very strong voice in the Middle Belt region of Nigeria, and has been accused of allegedly arming his ethnic Jukun people to tackle the Fulani herdsmen in the Mambila Plateau area of Taraba State. The Buhari camp alleges that he had used his closeness and Military background to influence a negative narrative against the Buhari Presidency, and caused many people in the Middle Belt region to draw away from the President and his party, the APC.

The Buhari camp is keeping a very close eye on him, and monitoring his moves ahead of 2019. On his part, Danjuma is not sleeping. He was recently in the United States of America with the Taraba State Governor, allegedly, where he held talks with different groups to campaign against the Buhari administration, and its handling of the herdsmen menace in Taraba State and the Middle belt region.

The Buhari camp suspects that Danjuma is rallying the support of Retired Generals from the region, to work against the President’s re-election in 2019. And as is to be expected, a response is being worked out to neutralize him.

Gusau was the Minister of Defence under former President, Goodluck Jonathan. He also served as National Security Adviser to two other ex-Presidents. Prior to those appointments, he worked in different Intelligence Agencies as a Military Officer. He had on two occasions sought the nomination of the Peoples Democratic Party, PDP, to become its Presidential candidate. He is known to be a very clever security eye, and is said to be hawkish in his approach. He is a known ally of Babangida and Obasanjo, and also very close to Danjuma and Abdulsalam.

Though from Zamfara State, like the incumbent Defence Minister, Mansur Dan-Ali, the Buhari camp believes he is working in cahoots with other Retired and influential Generals, to stop Buhari’s 2019 aspirations. Gen. Gusau is not known to be loquacious, and is feared to be one of the unseen hands in the plot by some Retired Generals, to stop Buhari in 2019.

Not much is known of Gen. Akilu’s involvement in politics, though many in the Buhari camp believe he is another unseen hand in the move by Retired Generals to stop the President, in 2019. However, his profile published on Wikipedia, credits him as a strong member of the coupists that toppled Buhari in 1985.

According to the narrative, Akilu served as Director-General of the National Intelligence Agency, Chief of Defence Intelligence, and Head of the Directorate of Military Intelligence.

He played a coordinating role in the coup that ousted the democratically elected government of President Shehu Shagari, and installed Maj-Gen. Muhammadu Buhari as Military Head of State, on December 31, 1983. He as a Lt-Colonel, also played a major coordinating role in the August 27, 1985 coup, that ousted the Maj-Gen Buhari regime and installed Maj-Gen. Ibrahim Babangida to power, as Nigeria’s Head of State.

Akilu and Babangida have a close relationship, in that Akilu’s wife and Babangida’s wife (late Maryam Babangida), are cousins.

Gen. Babangida (then Chief of Army Staff), exploited his closeness to Akilu and other graduates of the NDA’s Regular Course 3, (Babangida was a NDA Instructor in the early 70s), to hatch the 1985 palace coup.

Akilu was strategically placed in the DMI as a mole, and counter-weight to Mohammed Lawal Rafindadi, Gen. Buhari’s loyal Director of the Nigerian Security Organisation, NSO.

Akilu’s name featured prominently in the public inquest into the killing of Dele Giwa, one of Nigeria’s celebrated Journalists of the Babangida era.

2023: IBB Reveals Those He Will Be Supporting In The Presidential Election