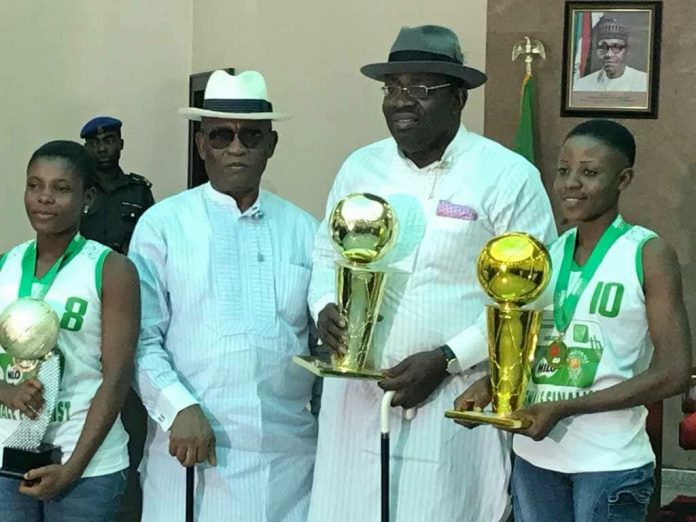 Bayelsa State Governor, Seriake Dickson says the huge investment by his administration in the education and Sports sectors is yielding positive results, in view of the laudable achievements of the state’s indigenes in national and international competitions.

Governor Dickson who stated this when he received five-time winners of the Milo National Schools Female Basketball Championship, Saint Judes Girls Model Secondary School, Amarata, in Government House, Yenagoa said the achievements were enough encouragement for the government to invest more in the critical sectors of sports and education, to ensure a bright future for the youths.

He congratulated the victorious basketball team and the principal of the school for emerging champions for an unprecedented fifth time and winning the right to represent Nigeria at the Schools World Basketball Championship in Greece, assuring that, the State Government would sponsor them to the championship.

He directed the Commissioner for Education, Mr.Jonathan Obuebite and his Sports Development counterpart, Mr. Perekiye Buruboyefe, to work out modalities to ensure that, sporting facilities at the Saint Judes Girls Model Secondary School are updated to enable the team prepare adequately for the global event in Greece.

Governor Dickson, who expressed the hope that, the team put up a respectable performance in Greece, announced cash gifts of 5 million naira to the players, 1 million naira each to the coach and officials, with the principal of the school and her team to receive 1 million naira.

Earlier in a remark, the Commissioner for Education, Mr. Jonathan Obuebite expressed appreciation to the governor for investing in the girls, who are all boarding students and have been winning trophies
since he assumed office in 2012.
He explained that, the girls achieved the feat after emerging winners in the state, zonal and national levels, adding that, with the support 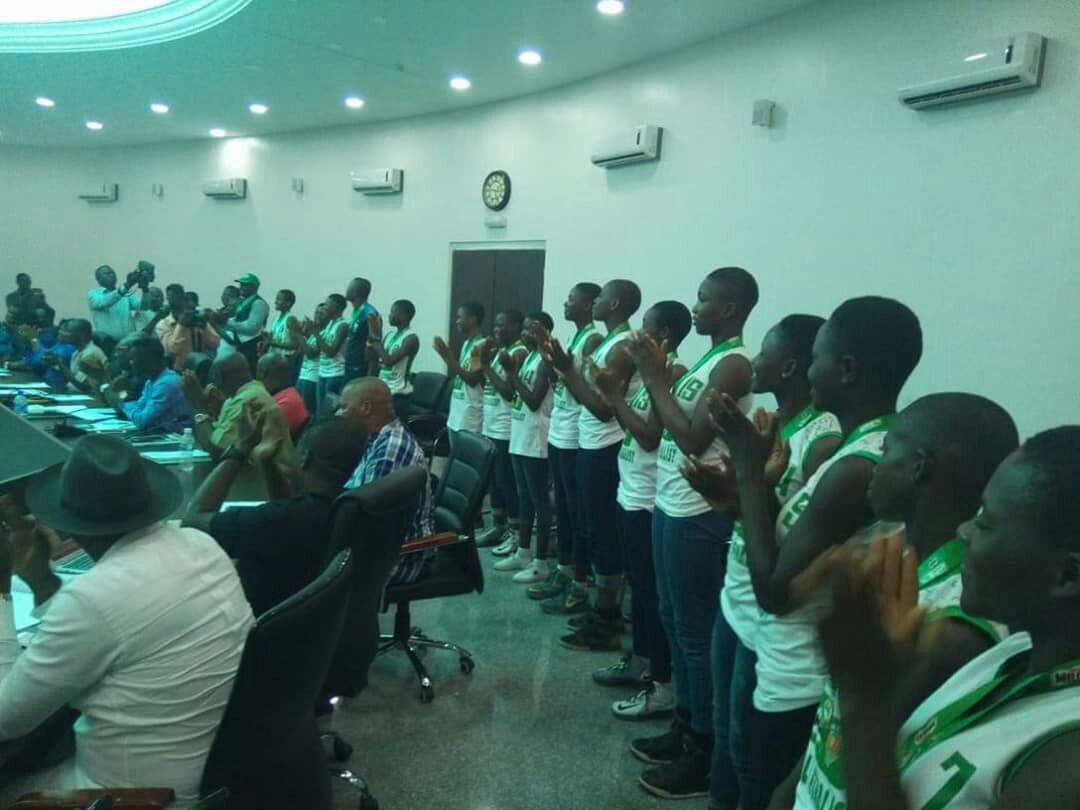 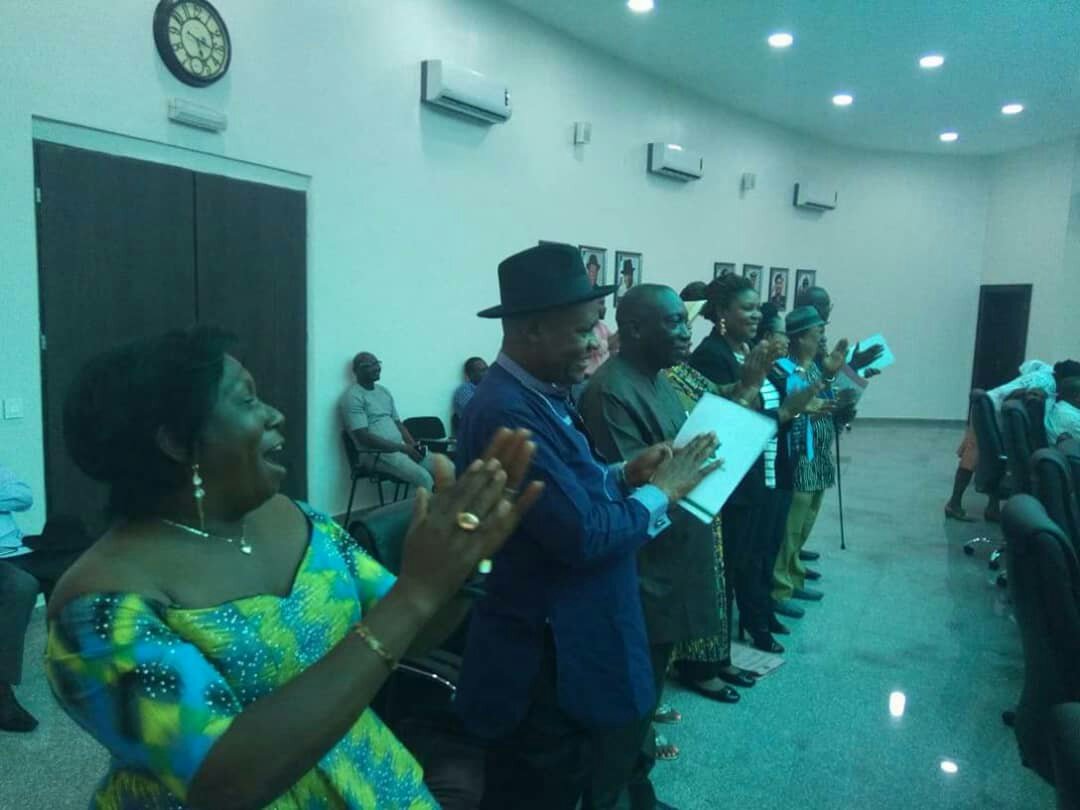 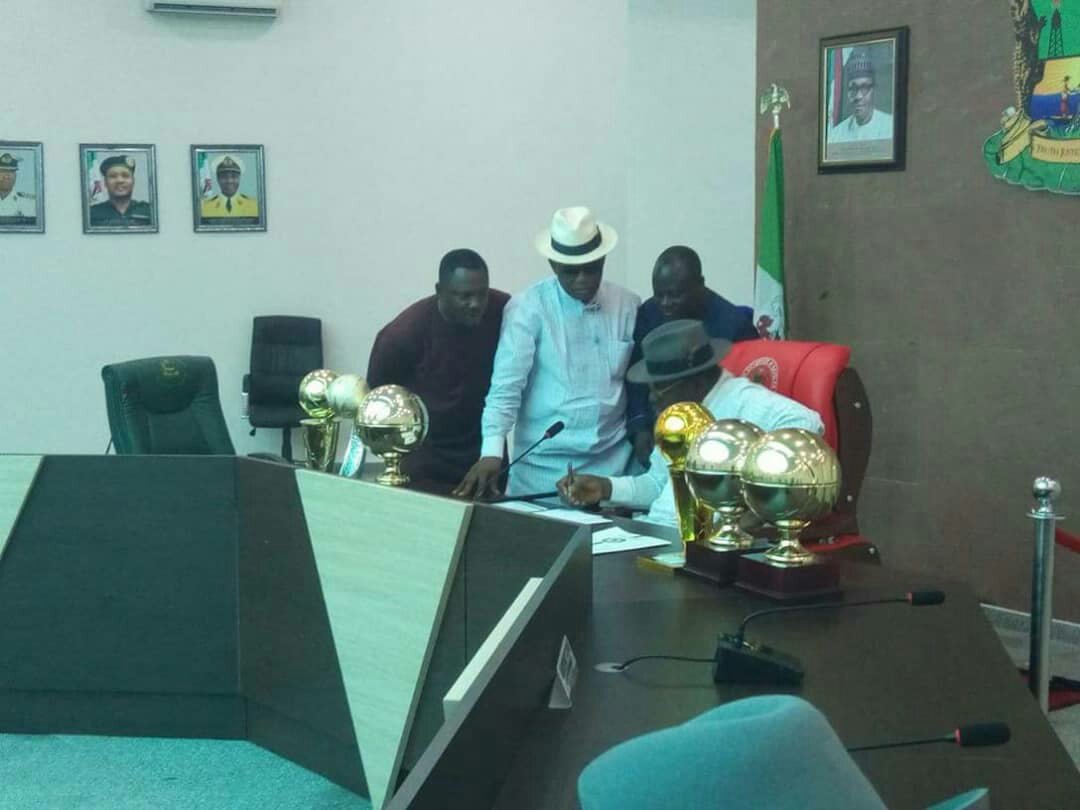 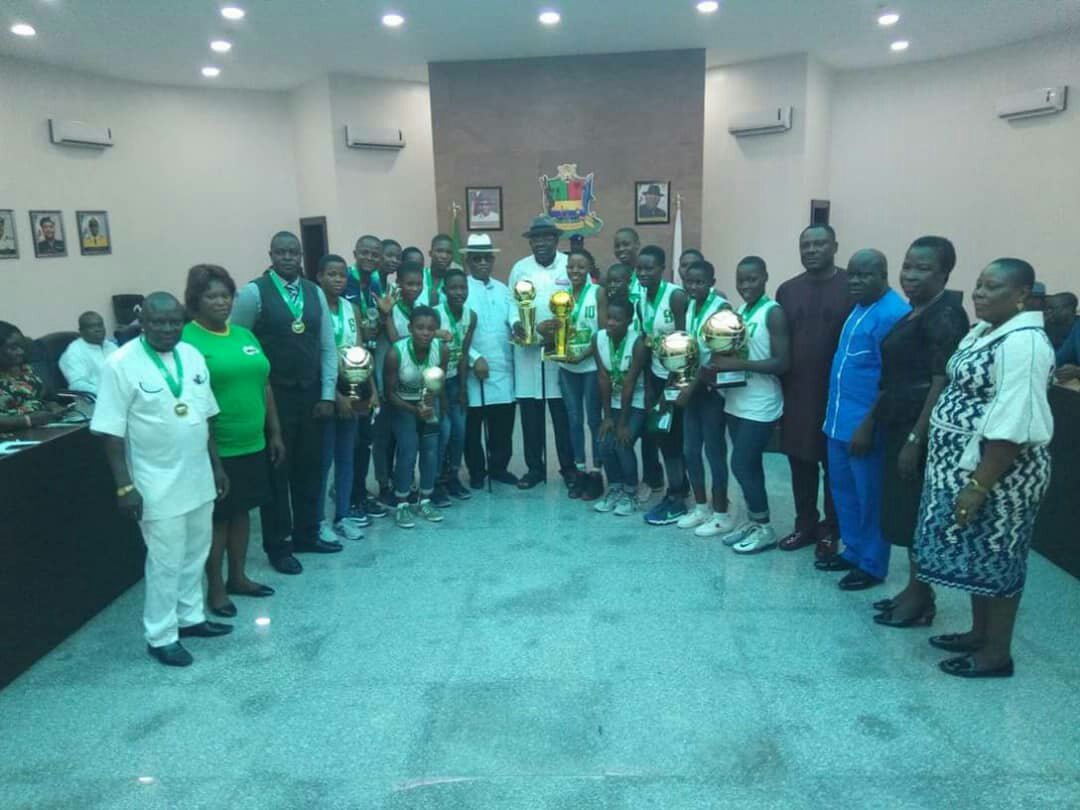 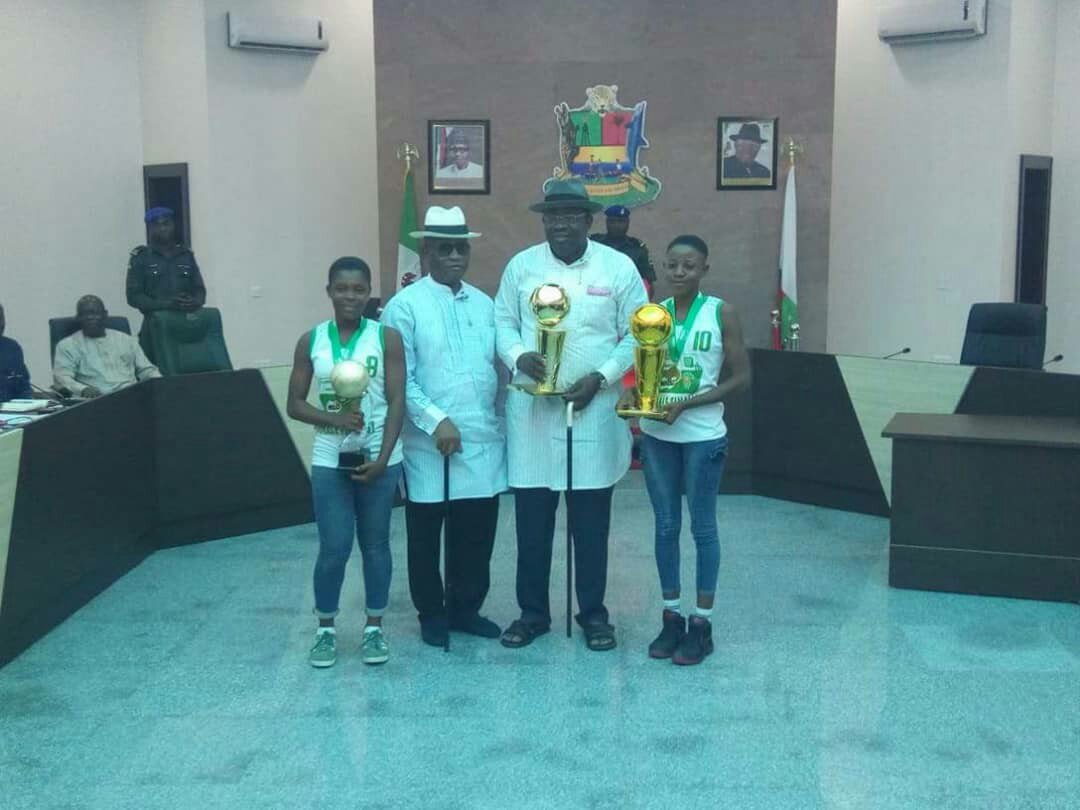 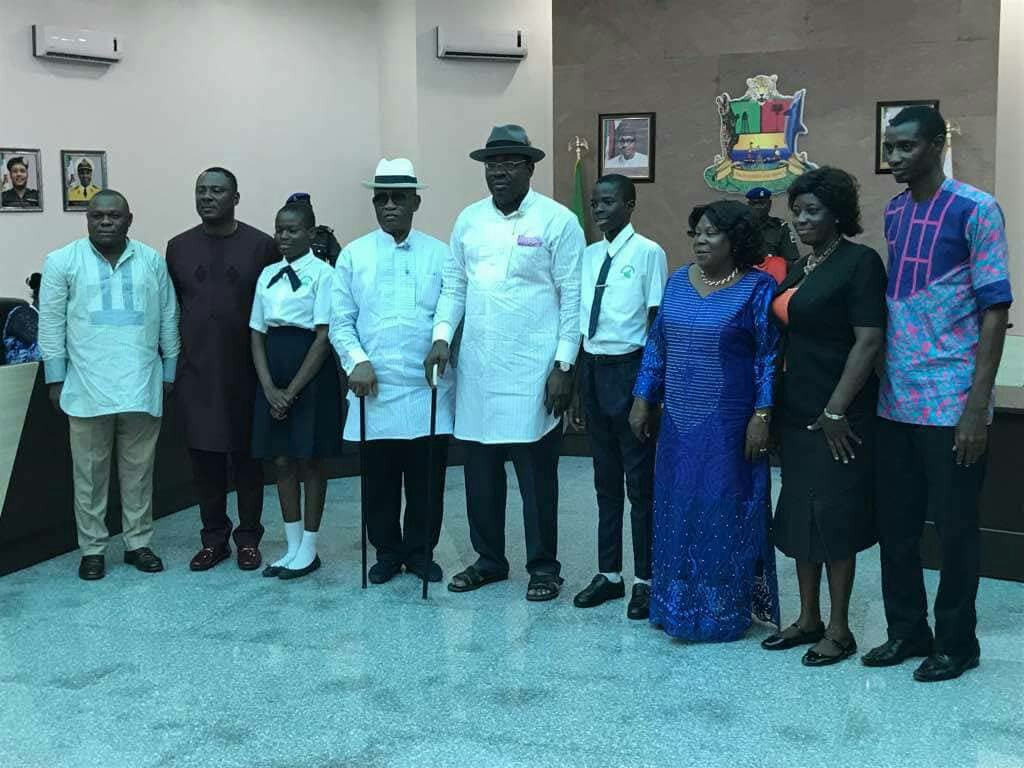 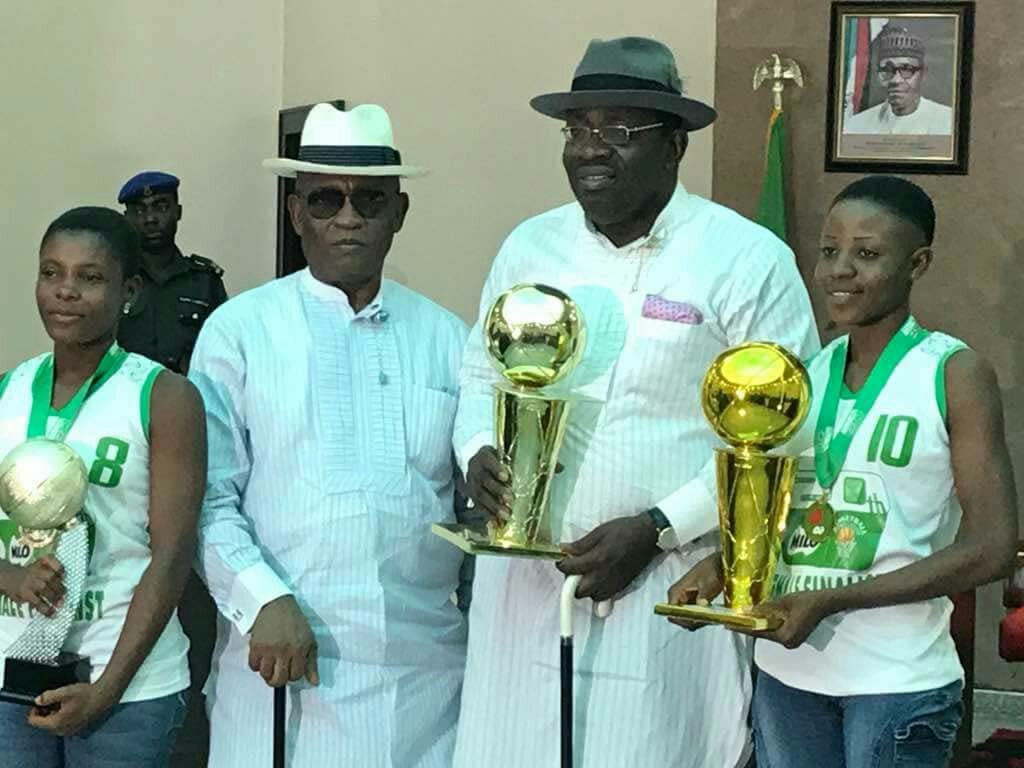