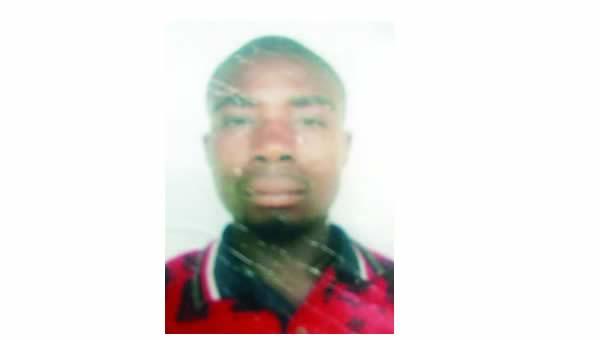 A police sergeant attached to the Bridge Head Police Division, Onitsha, Anambra State, has allegedly chased a 22-year-old tricycle rider, Samuel Agu, to the path of a speeding bus, which crushed him to death.

Agu’s offence, our correspondent learnt, was his refusal to part with a N100 bribe reportedly demanded from him by the cop identified only as Sergeant Magaji and his colleagues.

But the police claimed that Agu was crushed by the bus while he was running away from the policemen, who allegedly sighted him smoking Indian hemp near the station.

Agu’s elder brother, Ikechukwu, told Saturday PUNCH that his sibling was riding his tricycle along the road last Friday when Magaji and two other colleagues flagged him down near the police station and demanded N100 from him.

He said Agu insisted he did not have money to give, which led to an argument, adding that Magaji shot at his brother as he zoomed off.

Ikechukwu stated, “My brother operated within Bridge Head Wood Market. I learnt that on that day around 3:00pm, the sergeant and his colleagues stopped him and demanded N100 from him, but he refused to give them the money.

“As he made to leave the spot, Sergeant Magaji chased and shot at him. He was knocked down by an oncoming bus while he was running to avoid being hit by bullets.

“Other riders pursued Magaji. He ran inside the station and his colleagues shielded him. My brother was rushed to a hospital where he died.”

Ikechukwu, who said the sergeant was detained, lamented that he was shocked when he got to the station on Monday and was told that he had escaped from the custody.

He said, “The DPO told us that the policeman escaped when he was taken out to urinate. Our parents had died and he had been struggling all alone to further his education.

“My brother lived in Asaba and came to work at Onitsha every day. It’s N100 fare from his residence to his place of work. I want justice for him.”

A rights activist, Dede Uzor, condemned the killing of the native of Izan, Ebonyi State, calling on the state Commissioner of Police, Garba Umar, to ensure that justice prevailed on the matter.

Uzor, who is the Chairman, Human Rights Defenders of Nigeria, alleged that there were series of complaints from traders, motorists and residents against alleged constant harassment and extortion by the police division.

He said, “HRDN has been alerted by the family of Chinedu Samuel Agu, who was despicably murdered over his refusal to pay what the police allegedly called ‘N100 settlement money.’ The brutal killing took place a few metres from the Bridge Head Police Division.

“Citizen Chinedu Samuel Agu was forcefully ejected from his keke, hit with the butt of the gun and pushed into an oncoming vehicle which led to his instant death.

“The officers who perpetrated this heinous crime were aided by the DPO and immediately after the incident, he arrested the said Sergeant Magaji while two other policemen were neither questioned nor interrogated over their despicable roles.

“When the family of Agu was invited by the DPO, they were told to their amazement that the detained Sgt Magaji had escaped from lawful detention and pleaded with the family to proceed to the mortuary to carry their son for burial.”

Uzor demanded that the policemen involved in the act be arrested and brought to book while the matter be transferred to the State Criminal Investigation and Intelligence Department, Awka, for diligent investigation and prosecution.

He added, “We appeal to the police under the leadership of CP Garba Umar and his counterpart at SCIID, DCP Bassey Essien, to immediately use their good offices to make sure that proper investigation is not only conducted, but justice be achieved accordingly.

“This murder happened in broad daylight and should not be swept under the carpet as the DPO is making serious efforts to personally conduct an autopsy on the deceased just to cover the cause of death. The DPO should be investigated and demoted if found culpable.”

The DPO, SP Godson Ubani, described the allegations of the rights activist and the deceased’s family as unfounded.

He said Agu was a lout at a park close to the police station and was trying to flee on sighting from the policemen, who saw him smoking Indian hemp.

He said, “That story is unfounded. Uzor was the one concocting all those lies. The man (Agu) was seen near the park close to the police station smoking India hemp. On sighting policemen, he ran across the expressway without minding the bus, which crushed him. He was taken to the hospital, where he died. The driver is in our custody and the bus has been impounded. His name is Ozomara Kenneth.

“The two families have settled the matter but because of the outcry it generated, the matter will be charged to court.

“Sergeant Magaji and other policemen were coming out when the teenager saw them and started running. There was nothing like firing. The police picked the butt of the drug. The deceased was a lout, who helped in loading vehicle. He was not a tricycle rider. He was working for a hoodlum at the park.”