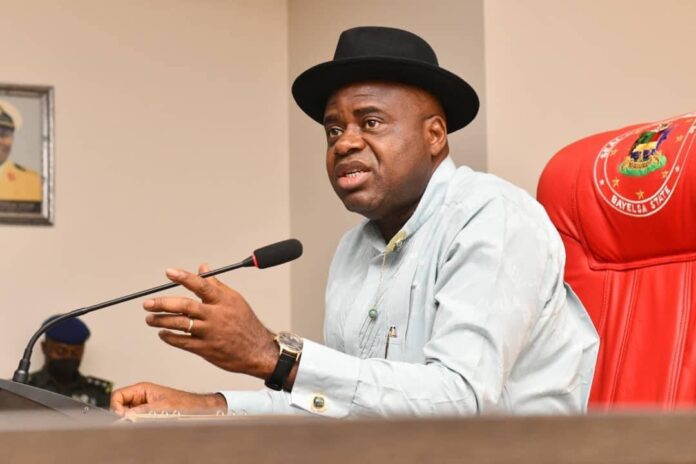 A Chieftain of the People’s Democratic Party (PDP) in Bayelsa State, Chief Perekeme Kpodoh has described as “commendable” the decision of the State Governor, Senator Douye Diri to seek the Federal Government assistance on the construction of the Nembe-Brass Road in the Eastern Senatorial district of the state.

The Bayelsa Governor, Senator Douye Diri had at the weekend opened up on the reason why he visited President Muhammad Buhari in Abuja in order to discuss the need for the state to benefit from the Executive Order 007 tagged Road Infrastructural Tax Scheme which allow a company operating within a state such as the Nigerian Liquefied Natural Gas Limited and paying tax to be handed 50 percent tax relief by the Federal Government in order to help in the construction of the Nembe/Brass road.

Reacting to the development, Chief Perekeme Kpodoh said by his action, the State Governor has shown his readiness to seek avenues that will bring equitable development to every senatorial districts of the state,” I have said it times without number, that Governor Diri is God-Sent to Bayelsa. Inspite of the various road projects being embarked upon by his administration, he is seeking more ways to develop more parts of the state.”

He noted that the Governor Douye Diri has risen above ethnic and political sentiments to pursue issue of development in the state with passion,” it means that the Nembe/Brass road will be constructed in our lifetime. Do you know what that road will mean to Bayelsa State? It will open the brass area for the world to see. It will promote tourism and generate revenue for the state.It will also link the Brass Fertilizer Company and Brass LNG to the world. He is a miracle to the state and he is actualizing such miracle road if completed.”

He pointed out that Gov. Douye Diri was able to achieve such link with President Buhari because he has no skeleton in his cupboard, ”he is ordained by God and God made such audience easy for him. The President cannot question his suggestion because they know that Gov. Diri is a man that has kept his state account clean and ensured that money accrued to the state are properly allocated for development.”

He called on the people of Bayelsa State to support him in the area of security, peace and development,” These are the type of Governors needed in Bayelsa State. Not Governors that will borrow and put in their private pockets. Gov. Diri is actualizing the vision of Bayelsa founding fathers for the state. See the second phase of the Gate way road, it will soon get to the Onopa end. Look at the one linking AIT road, it will soon be completed. That shows you that he is on the right track”

Chief Perekeme Kpodoh, who was a former Special Adviser on Security Matters to the Bayelsa Government, also commended the State Governor, Douye Diri on his distribution of operational vehicles to Security agencies in the state.

He noted that with the experience the Governor had gathered as a former Member of the Centre for Youth Development, he is mobilizing the security agencies to do more in the area of maintaining peace and order in the state.