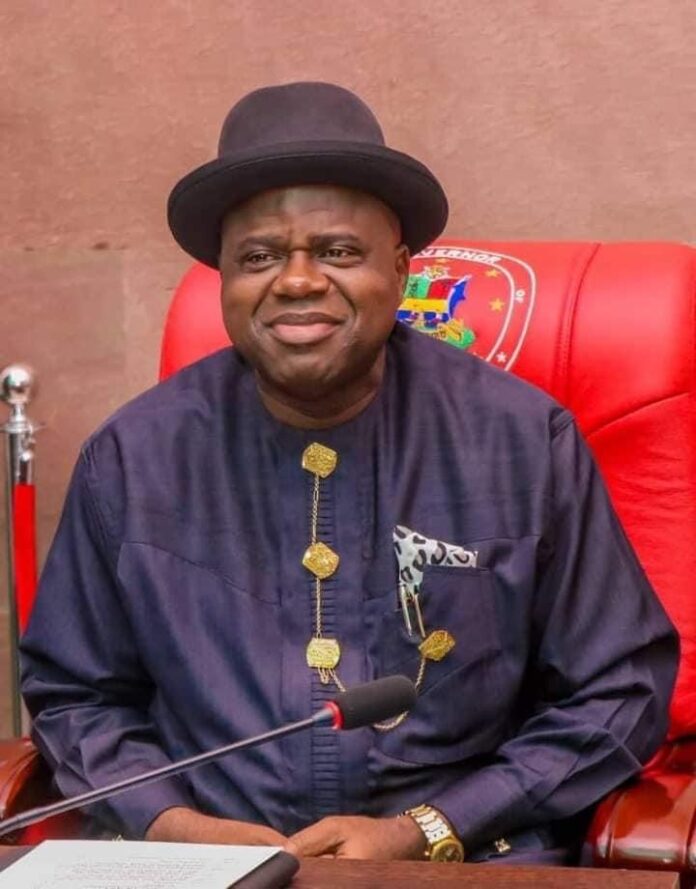 The Bayelsa State Governor, Douye Diri on Sunday claimed that expert advice forced his administration to collect the discounted N27.5bn refund from the Federal Government in December 2020.

The Governor stated this during the maiden edition of his live media chat held to mark this year’s Democracy Day celebration inside the Government House in Yenagoa.

While clearing the air on Saturday, Governor Diri said that his administration received N38.4bn as refund to the state government for some executed federal road infrastructure in the state.

He said his government settled for the discounted N27.5bn after consulting economic experts who explained the implications of a federal arrangement which suggested that the state could only access the N38.4bn in the next four years with further discount.

According him, the Federal Government had told the benefiting states, including Bayelsa, that it did not have money and that they could only be refunded through the Debt Management Office with promissory notes after four years and the money would be further discounted.

Diri said, “We (my team) came back and consulted experts and the expert advice was that you people had better go and take the money if not this four years they (Federal Government) are giving you, the money can go into another four years or voicemail.

“So economic experts, after looking through it, advised that it is better you collect it and face your development because at the end of the day, you may get N10bn coming out of the discounted money.”

The governor, therefore, urged the people to know that after all the discounting, the state government received a total of N27.5bn refund and not N38.4bn being peddled in some quarters.

He added that it was with the refund that his administration embarked on infrastructure projects across the state after several months of inactivity.