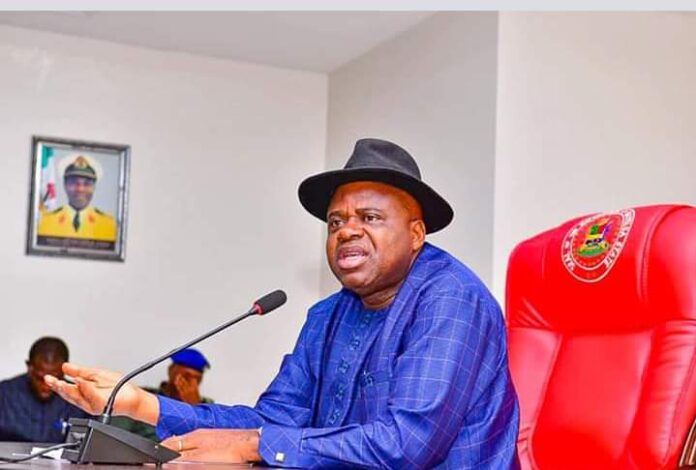 Bayelsa State Governor, Senator Douye Diri, has vowed that his administration will never deny retired civil servants from the state their pension and gratuity irrespective of the financial status of the state.

According to Gov. Diri, the ultimate goal of every civil servant is to receive his gratuity and pension at retirement, his administration’s policy will not to deny retirees such benefits.

Governor Diri said the cash gift was a token appreciation from the government for their meritorious service to the state and the nation, said plans were underway to collaborate with pension managers to ensure that retirees received their benefits as of when due irrespective of the government in power.

According to him, “One of the focal points of every civil servant is that when they retire they expect their pension on monthly basis. We have promised not to treat our senior citizens with levity and would like to keep that promise as long as we remain in the saddle of governance in Bayelsa State”

“Today, we are celebrating you for the meritorious service you rendered to your dear state. I join in thanking and calling you to continue in the fashion that you have done while in service and to render services now as senior citizens of our dear state in terms of advice from the experience you have garnered over the years.”

Chairman of the Retired Permanent Secretaries, represented by Chief B.F. Amakiri, noted that the governor’s love for retirees in the state was unsurpassed by any other governor in neighboring states.

According to him, retirees in the state were not feeling the hardship that comes with retirement due to prompt payment of their benefits.

He expressed the forum’s support for the administration and appealed to the governor not to relent in his developmental initiatives.

Chief Amakiri said: “You have done very well. We have colleagues and have been to neighbouring states but here is nothing to compare to this. At the end of every month, there is no difference between retireees and those still in service. The gratuity we receive each month, you have placed a mandate that it is first to retire, first to get paid. And this is being followed religiously to the letter.”

In their goodwill messages, the Chief Whip and Chairman of the House of Assembly Committee on Establishments, Mrs. Ebiowo Koku-Obiyai as well as chairman of the Bayelsa State Civil Service Commission, Dr Peter Singabele, thanked the governor for not neglecting retired workers and prayed for more resources to enable him do more for them.

Also speaking, the Head of Service, Mrs Biobelemoye Charles-Onyema, congratulated the retireees for successfully serving the state without blemish.

She said their services were invaluable to the growth of the civil service due to the experience they garnered while serving.