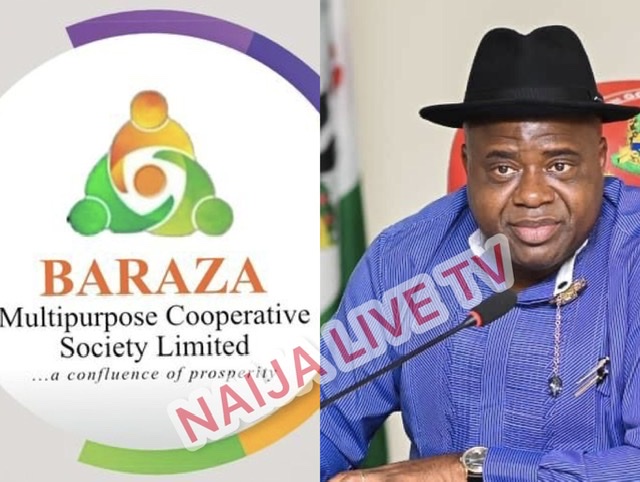 The Bayelsa State government has denied the involvement of Governor Douye Diri in the operations of Baraza Multipurpose Cooperative Society.

Reacting to the alleged involvement of Baraza’s Operations, Mr. Kola Oredipe, Director General of New Media to the Governor of Bayelsa State, in a statement, the state government described claims of the Governor’s involvement as false and a fabricated lie lacking in fact.

The statement also berated “Sayelba”, a popular Facebook group for allegedly promoting the post of one Goldmith Debekeme, which insinuated that the state government in connivance with the Chief Executive Officer of Baraza, Arc. Miebi Bribena, scammed Bayelsans of their money to raise funds for sponsorship of Diri’s second term election.

“It is important to state unequivocally and clearly that His Excellency, Senator Douye Diri, Governor, Bayelsa State, is not in any way connected to or involved with Baraza or has/had reason to do so.

“The incorporation and operation of BARAZA predate the Prosperity Administration of Senator Douye Diri.

How reasonable could it then be to claim without shame that a person who was seeking office for the first time will be looking for funds to run for a second tenure election when he had not even been elected into office?

“Indeed, the Governor who enjoys a lot of goodwill across the State and beyond does not need to be involved in crimes to fund any election.

“It is sad, most unfortunate and very irresponsible on the part of the management and editorial team of SAYELBA to allow its platform to be used to share or promote falsehood against any person irrespective of his or her status in the society and this trending fake publication against the Governor is indeed preposterous.

“This current post is a distasteful contraption from the pit of hell and at best another attempt to deceive and incite Bayelsans against a government that is enjoying mass appeal and support from the Bayelsan public.

“The fabricated cocktails of lies exposed the devious intent of the author(s) where it predicted that uncontrollable violence and civil disobedience will happen soon in the State.

“The reason for this violence was not clearly stated but we are sure that the security agencies will not treat this information lightly but open an immediate investigation into this lead to curtailing any unforeseen security breach in any part of Bayelsa State.”

In his reaction, the administrator of the Facebook group, Mr. Fortune Alfred, denied promoting falsehood against the state government.

In a Facebook post on his page, Alfred explained that “SAYELBA is a free marketplace of ideas where every member is allowed unfettered access to share their thoughts without approval or rejection from the College of Administrators.

“I also explained that offensive posts are removed when reported by members, which I did promptly.”