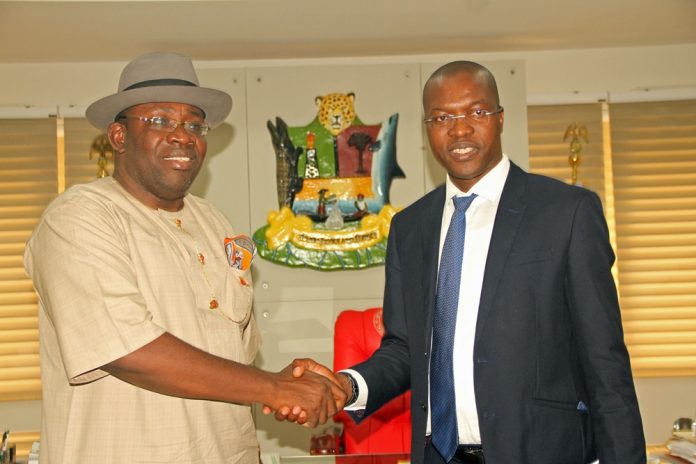 Bayelsa State Governor, Honourable Seriake Dickson on Monday, urged multinational oil companies operating in the state and the Niger Delta as a whole on the protection of the environment, particularly in the areas of crude oil pollution and gas flaring.

A statement by the Chief Press Secretary to the Governor, Mr. Francis Ottah Agbo said, the Governor decried the level of environmental degradation in the Niger Delta region, noting that, no serious effort
has been made to address the problems, in spite of the outcry of the people over the years.

Governor Dickson, who described Bayelsa as a state with an unenviable title of pollution, stressed the need for effective collaboration between the government and the oil companies to tackle the menace with a view to ensuring peace, stability and development.

He specifically called on the oil majors to come up with a concrete plan of action on remediation of polluted sites and intensify efforts at stopping gas flaring in the region.

Governor Dickson used the opportunity to congratulate Mr. Alessandro Tiani on his appointment as the new General Manager, District, NAOC and expressed optimism that, he would employ his wealth of experience to push the frontiers of development.

His words: “I will like to use this opportunity to once again restate the stand of the Bayelsa State Government on the need for the protection of the environment and for your company and other oil majors to show greater environment responsibility in this area.

“Due to the constant pollution that we have suffered as a people over the years. This state now bears the unenviable title of environmental pollution as a result of a number of factors.

We, therefore call on all oil companies to come up with a concrete plan of action for the remediation of polluted sites and stopping of gas flaring.”

In their separate responses, the General Manager, District, NAOC, Mr. Alessandro Tiani and the General Manager, External Relations of SPDC, Mr. Igo Weli pledged their commitment to the development initiatives of the present administration and solicited the state government’s intervention in checking crude oil theft and pipeline vandalism