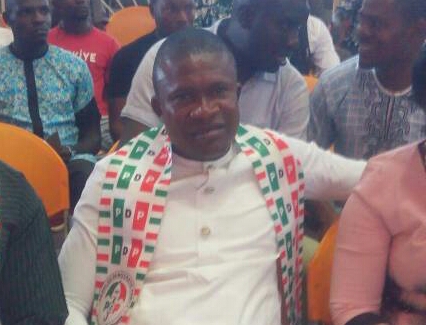 The organization said they are impressed with the achievements of the governor in the last six years and declared that for them, Dickson is God sent to Bayelsa State and a messiah to the Ijaw Nation.

The ‎Coordinator of the PDP Youth Alliance in Bayelsa State, Hon Solomon David stated this when they paid a courtesy call on the State Commissioner for Information and Orientation, Daniel Iworiso-Markson in his office at Information House, Yenagoa. 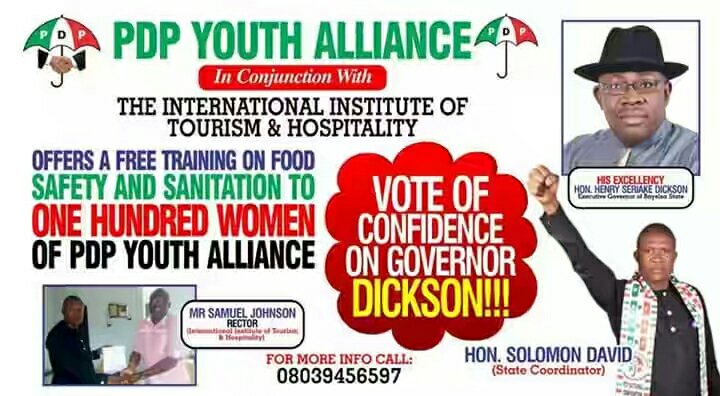 ‎Hon Solomon David stressed that the achievements of the countryman governor has clearly marked him out as a visionary leader who is more interested in the development of his people and also praised him for his role as loyal party man.

He said Governor Dickson has succeeded where others failed with his single minded commitment to people-oriented projects and vowed to galvanize more support for him and the restoration government.

David also eulogized Iworiso-Markson for bringing the achievements of the governor to the limelight through creative reportage of the developmental revolution in the state, and added that the information commissioner has proved that when right persons are appointed into positions of authority great things do happen. 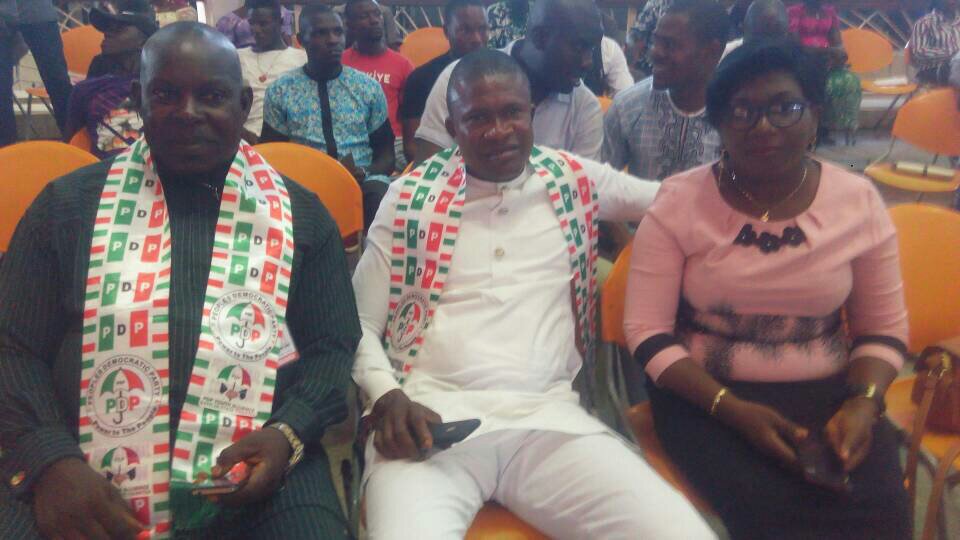 ‎Responding Iworiso-Markson expressed delight with the ease at which the PDP Youth Alliance reeled out several landmark projects of the governor and commended them for coming out to drum support for Governor Dickson.

He charged the organization to enlist the support of like minds in the task of ensuring that PDP presents a candidate who is familiar with the restoration government people oriented projects and philosophy.
On his appointment as one of the Patrons of the organization, the Bayelsa State Government spokesperson who said he is wired for service, assured them that he will take serious his appointment.
‎He said ” I am so delighted for the honour you have bestowed on me. Let me assure you I am going to take serious my being a patron of this organization. I am a man who believes in service. If you give me a job you can go and sleep, knowing that I will deliever.
“I am also very excited with the way you have reeled ‎out the achievement of this administration. It shows you are abreast with what we have done in the last 6 years” Iworiso-Markson said.

Highlight of the visit was the presentation of the letter of appointment to the Commissioner, a comprehensive document containing the names of local government and ward coordinators of the group, among other items.