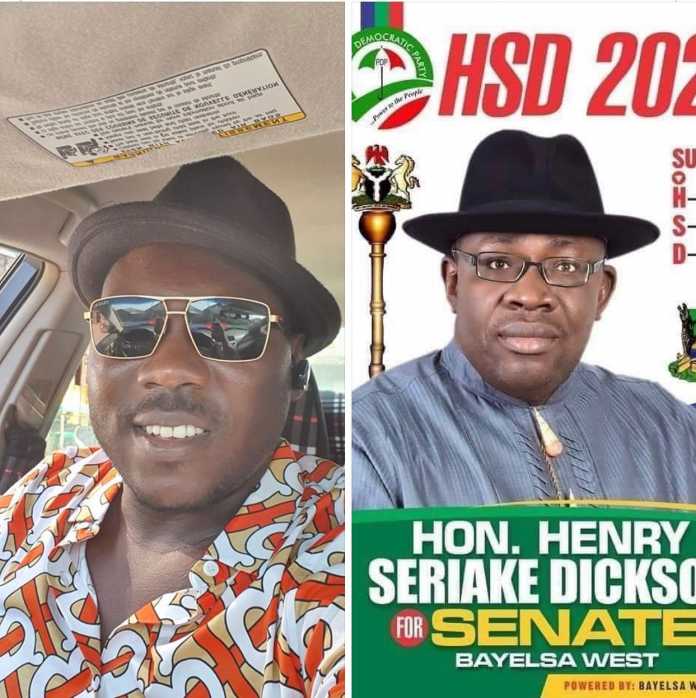 A youth activist and former chairman of the Ijaw Youths council, Comrade Daniel Sapele, has written to express his stand on the political tussles going on in Bayelsa state.

In a copy of his letter sent to NAIJA LIVE TV and signed by himself, the comrade made several revelations and lamentations on the political state of Bayelsa. In his words:

“According to the words of Mahatma Gandhi ‘politics without principles or character is death’.
And Maxim also said ‘He Who Comes Into Equity Must Come With Clean Hands.”

Then, Sen. Heineken Lokpobiri 2007-2015, making him earn two terms and not based on any zoning arrangement. Until 2019 -2020, when Sen. Lawrence the present deputy Governor was elected.”

“Based on this analysis, Ekeremor contested the Senatorial seat only once while Sagbama has attained it five times. Being political is not an excuse for us to suspend our brains. Former Governor Dickson is gearing up to take over the seat again and that will make Sagbama six unreserved times. My question here is, what happens to Ekeremor constituency?”

“According to Olof Palme ‘The right of democracy are not reserved for a selected group within society, they are the rights of all the people.’
From what I heard and saw, Dickson and his cohorts are now going about to cajole people into believing that there was a gentleman agreement between him and the good people of Ekeremor and I ask, who are those unscrupulous elements who went into agreement with Dickson to sell our right for their personal interest? Who?”

Truly, Dickson has not shown the people of Ekeremor love and hasn’t blessed them with social amenities, and so he will never get our votes with love too.”

“I hereby call on all the great sons and daughters of Ekeremor to come together and let’s fight for our rights, because when the rich rob the poor it’s called business, but when the poor fights back, it’s called violence.
SAY NO TO DICKSON.

“Some Of Our Members Have Compromised With PDP” Bayelsa...