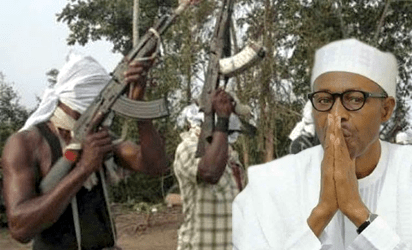 Stakeholders from the nine states of the Niger Delta region have warned the Presidency against deliberate antics to divide and instigate crisis within the region by releasing documents capable of causing confusion and bloodshed.

According to the stakeholders, made up of ex-militant youths, Women and Elders from the region, the decision by the Presidency to release bulk payment details to Ex-militant Leaders over Amnesty stipends is childish and a mischievous attempt at inciting ex-militants against each other in the region.

The Stakeholders, in a statement issued in Yenagoa and signed by Commander Joseph Oyinkuro, despite the weak attempt by the Presidency, the people of the region are aware that the ex-militant leaders have always received bulk payments and in-turn distribute the funds to thousands of members within their various camps to maintain the peace and stability in the region.

According g to the statement, the payment done by the Presidency was to enable the federal government and the multinational oil companies to explore oil and natural gas worth billions of dollars annually from the Niger Delta region which accounts for over 90 percent of Nigeria foreign exchange earnings for over 50 years.

Rather than shielding the names of the sponsors of terrorists from the public, the stakeholders called on the Presidency to do the same and release the names of the sponsors of Boko Haram, the Islamic State of West Africa Province (ISAWP) terrorists and bandits that to this day have continued to maim, kill and displaced tens of thousands of innocent men, women and children without any resistance from the Presidency.

According to the stakeholders, “On July 21, 2015, the Federal Government obtained a $2.1 billion credit from the World Bank to rebuild the North-East zone devastated by the jihadist group, Boko Haram. President Muhammadu Buhari announced this in Washington DC, United States.”

“The Presidential Initiative for the Northeast started in 2015 with a world bank loan of $2.1 billion USD (Over N700 Billion) with 105,000 allege beneficiaries from the north while the Niger Delta Amnesty Programme that generates the resources for the entire nation is only 30,000 beneficiaries with N65 billion annually. “

“On the 24th June, 2020, Sahara Reporters published an article about President Buhari’s nephew Sabiu Yusuf’s (Tunde) Fat Bank Accounts That Shocked CBN Governor. Sabiu reportedly said the billions in his accounts are “gifts” from people. But why didn’t he get such “gifts” when he was a recharge card seller prior to 2015? Accepting “gifts” for favors done while occupying a privileged government position (he’s Buhari’s Private Secretary and de facto Chief of Staff) is against the law.”

“According to the Central Bank of Nigeria (CBN), Nigeria’s revenue generated from the sales of oil and gas in the Niger Delta region between 1999 to 2016 alone amounts to N77.348 trillion. Specifically, data compiled from the Central Bank of Nigeria, CBN, showed that Nigeria earned N77.348 trillion from the oil and gas industry from 1999 to 2016. This reports only takes into account a 17 years period out of the over 50 years.

“Northerners as majority Owners of oil wells and oil blocks in communities across the Niger Delta region while the Zamfara state gold mines and revenues from sales are recorded as private business. “

“We must not forget that without the Amnesty agreement in place under the leadership of President Umaru Musa Yara’dua, Nigeria would have gone bankrupt. The federal government must not play with fire, and they must understand that there are billions of dollars in foreign investments in the Niger Delta region with lots of foreign interests given their multibillion dollars assets which are strategic to their national security interests’”

“The Niger Delta region of today is not the 1967 Biafra or the little rats that parades themselves as terrorists and Bandits ravaging the Northern parts of the country without any deterrence from the Presidency. “

” Any attempt by the federal government to use their old divide and rule or conquer tactics to destabilize the Niger Delta region in order to continue it’s exploitation of our God given resources will be resisted by all means necessary, and any potential dialogue with the United Nations and other international organizations will require a minimum of One Million Amnesty beneficiaries to be trained and empowered.”