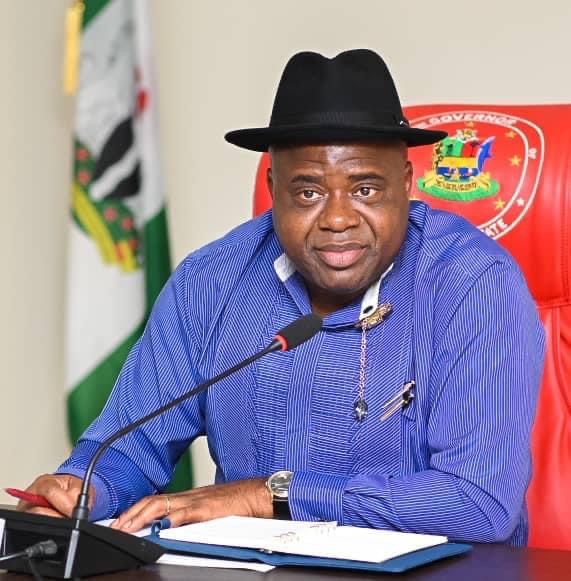 The Bayelsa government plans to borrow at least N43.57 billion to augment the N310.7 billion proposed for 2022 fiscal year as the debt stock of the state has risen to N169 billion.

The borrowing plan is contained in the 2022 Appropriation Bill of Bayelsa.

Official records obtained by NAIJA LIVE TV indicate that the debt grew following approval granted by the state house of Assembly to Gov Douye Diri of Bayelsa to obtain an additional loan of N18.7bn.

According to data obtained from the website of the Debt Management Office, Bayelsa’s debt profile as of June 2021 stood at over N150.60bn, up from the N123bn inherited on assumption of office in Feb. 2020.

Diri had on Oct 20 presented the 2022 Appropriation Bill to Bayelsa House of Assembly which subsequently sent it to its Committee on Appropriation for legislative action.

It was learnt that the 2022 appropriation bill currently under consideration by the Appropriation Committee of the house puts the running cost of governance at N70.56 bn some 22 per cent of the budget.

The state has set aside N61.75 bn for debt servicing and repayments.

Diri, in letter to the assembly seeking the legislators’ consent for the borrowing plan, explained that the N18.7bn loan “is a Federal Government bridging facility to cushion the effect of repayment of intervention facilities by the state government.”

The governor said the loan has a 30 year tenor and will enable the state government to meet its financial obligations.

It will be recalled that on October 6, the assembly okayed Diri’s request to restructure existing loans the state government obtained from commercial banks to free more resources for ongoing projects.

The approval was the second time in 16 months that the assembly would grant Diri’s request to renegotiate and restructure outstanding commercial bank loans following a similar approval in June 2020.

The N18.7 bn is the fourth in the series of loans that the Diri administration has taken following the nod of the 24 member house to collect since it was inaugurated on February 14, 2020.

Barely two weeks in office, in March 2020, the government took a loan of N2.9 bn to purchase cars for the governor and the deputy governor as well as for top government officials.

Also in November 2020, the government borrowed N17 bn from multiple sources and secured another N3.5 bn loan in December of the same year