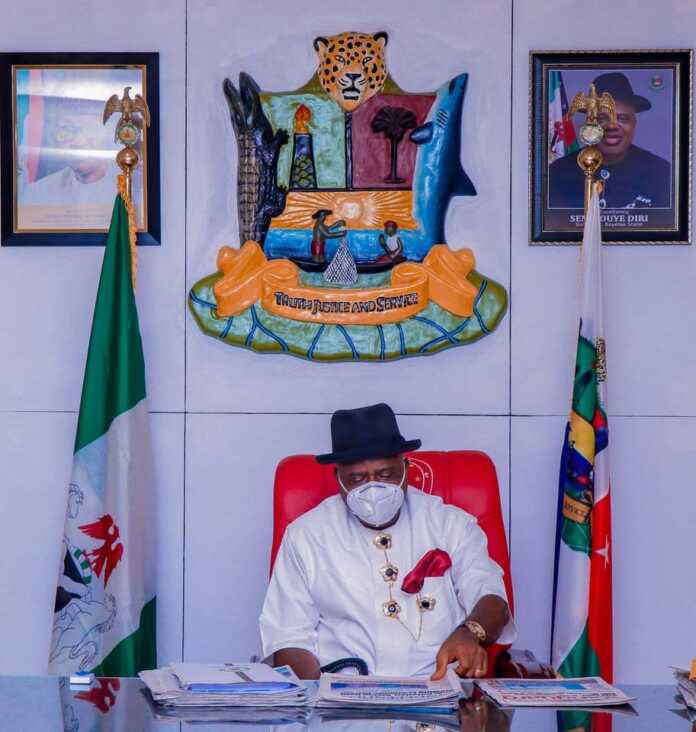 The Bayelsa State Government and the Indigenes of the Bilabiri Community in Ekeremor Local Government Area of the State yesterday differed over the circumstances that led to the death of a suspected militant leader identified as Frank Brake-Ere Seide also known as Sea Lion during the bloody dispute over control the Community Development Committee (CDC) of the Community.

While the members of the newly installed Community Development Committee (CDC) described the death of Frank Brake-Ere Seide also known as Sea Lion as “self-inflicted “ due to his unprovoked shooting with some youths led one Ebineme Abaka at the extreme end of the Bilabiri 1 community primary school jetty.

The Bayelsa Government through the office of the Deputy Governor, Senator Lawrence Ewhrudjakpo condemned the killing of Frank Brake-Ere Seide, threatening to deal decisively with any individual or groups found culpable of fomenting trouble in communities in their quest for leadership.

Senator Ewhrudjakpo, noted that reports of rising insecurity in Ekeremor and Southern Ijaw mainly due to community elections do not speak well of the two areas, urged stakeholders of the councils to work closely with the state government to bring what he described as an embarrassing and worrisome situation under control.

But the indigenes of the Bilabiri community, told newsmen yesterday that the circumstances that led to the death of the militant leader was self-inflicted,”the bullets fired by the militant leader and his gang cut off the two legs of one of the boys. The leader of the boys also fired back and the deceased fell down. All other residents were indoor.”

The bloody clash, according to community leaders and youth leaders, was triggered following series of threats and refusal by the former Executive of the CDC led by David Bazighe to vacate office at the expiration of their tenure in December, 2020 and their plea for one year extension turned down by the people of Bilabiri kingdom.

NAIJA LIVE TV investigation revealed that the deceased, Frank Brake-Ere Seide , who is also referred to as Former Chairman by his supporters, was accused to triggering tension in the community after his kinsman from the same grandparent, St.Paul Wilson, was made the Acting Chairman of the Community Development Committee following a unanimous vote from the compound it was zoned to in the community.

While supporters of the former Executive of the CDC led by David Bazighe accused the new executive and their supporters of supporting brigandage, others allege that deceased and his loyalists have been terrorizing the community including the abduction of two chiefs and flogging them for their lack of support in the matter.

NAIJA LIVE TV also gathered that the battle of succession of the leadership of the Bilabiri executive is due to the issue of who handle the security surveillance job for the upcoming SPDC SSAGS export line project which was kick started in 2017 and reported returning to the community under the supervision of the Shell Petroleum Development Company (SPDC)..

Contacted on telephone, the Acting Chairman of the CDC, St.Paul Wilson told NAIJA LIVE TV that though they have met with the aides to the State Governor on Security to brief him on development in Bilabiri community, “some claims made over the crux of the matter in Bilabiri were not true. The main issue is that the former Executive tenure expired and they are trying to intimidate everyone.”