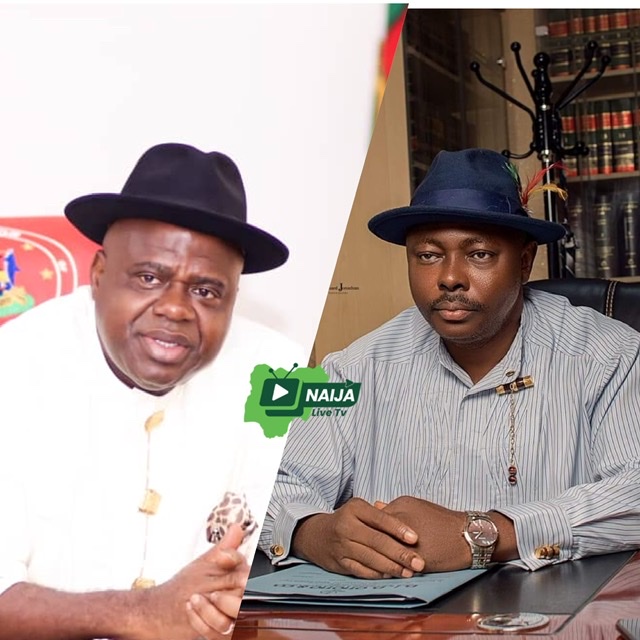 “Our attention have been called to a statement from the Bayelsa State Government, captioned “We Are Youth-friendly, Bayelsa Govt Replies APC; Dismisses Criticism As Malicious.”

“Ordinarily, even though the said statement is said to be a response to our great party, the All Progressive Congress (APC) in Bayelsa State, such hollow statements do not deserve response from us. Nevertheless, given that allowing the empty claims of the Bayelsa State Governor, Sen Douye Diri who is said to have been represented by his Deputy Sen Lawrence Ewhrudjakpo at the 56th Executive Council meeting in Yenagoa would be tantamount to deliberately allow the unsuspecting public to be misled, we have decided to write to clear the air.”

“Firstly, the PDP led Douye Diri Administration in Bayelsa does not need to tell Bayelsans if it is truly youth friendly, its plans, policies, programmes and projects should speak for themselves. A Budget, wether signed into law or as bill presented to the legislature, is a clear window into understanding the intentions and directions of every government.”

“Therefore, the 2022 Budget presented by Sen Diri to the Bayelsa State House of Assembly on October 20, 2021 has already indicated the true intentions and plans of the government towards all sectors of the Bayelsa economy and Polity. It’s sad that the Ministry of Sports and Youth Development which is the Ministry saddled with catering for the youths and serving their interest was allotted the paltry sum of FIVE HUNDRED MILLION NAIRA (500 Milllion) which is one of the least provided for in next year’s budget. So how can the government be considered youth friendly, when it has not provided adequate funding for the Ministry that is supposed to serve the development of the youths and help them to become independent members of society through sports?”

“This demonstrates that contrary to the empty and baseless claim by the statement signed by Mr Doubara Atasi, Senior Special Assistant on Media, Deputy Governor’s Office, claiming Bayelsa State Government has reaffirmed that it would continue to place premium on youth development as evident in the various policies and programmes being devised for their empowerment, the Government does not have any real plan for the youths. This is because any plan that is not properly funded will not succeed but bound to fail. The Government is only paying lipservice to youth development in the State”

“Secondly, we find it quite laughable that the Governor described the comments made by our State Chairman during his Royal FM interview unfounded and malicious, when the 2022 Budget he presented himself to the State House of Assembly confirms and verifies everything our Chairman have said in the interview.”

“For the benefit of those who may have missed the said Interview, the Chairman said the 2022 Appropriation Bill tagged ‘Budget of sustainable growth’ is a budget of unsustainable growth as the allotted capital votes to the Ministries of Trade, Industry and Investment is N500m; Communication, Science and Technology is N500m; Transport is N1.5bn; Water is N600m; Culture and Tourism is N500m; Ijaw National Affairs is N1bn, Power is N1.5bn, Budget and Economic Planning is N500m; Lands, Housing and Rural development is N1bn, and Youths and Sports is N500m. While the office of the Special Adviser to the Governor on Political Matters is given an Overhead of 3 Billion. What this means is that the SA Political’s Overhead cost alone is higher than the total capital Budget provision for Five Ministries namely: 1. Trade, Industry and Investment N500m; 2. Communication, Science and Technology N500m; 3. Youths and Sports N500m; 4. Culture and Tourism N500m; and 5. Water Resources N600m.”

“Also the claim that the government has launched the Diri Digital Entrepreneurship and Empowerment Programme, (DDEEP) in the state to train youths in the area of information, communication and technology to equip them for the fast-paced and digitalized global economy is another empty farce as even the youths it is aimed at deceiving are wise enough to remember that until this day the Diri Boost which is now been repacked as the so called DDEEP has not seen the light of day and has remain only on paper and social media propaganda of this government. It is shameful that after close to 2 years in office all the Diri Administration can boost of in terms of youth empowerment is the launch of the Diri Boost that has not boost anyone and now the hollow DDEEP. So what is youth friendly about that?”

“Further more it is interesting to note that while helpless apologists of the government are still denying my statement of fact that the government allotted the paltry sum of N500million for Ministry of Youths and Sports Development, the Statement agrees with me and confirmed my figure while putting up the feeble defense that “According to the governor, the N500 million proposed for the Ministry of Youths and Sports Development in the state’s 2022 budget is a proposal, which is flexible and not cast in stone.” The question well meaning Bayelsans should ask the governor is why then was the proposal for Youth Budget that low since you so love them? Why is it not higher than the SA Political?”

“The question now is since when did the Centre for Youth Development become a Parastatal under the Office of the Political Adviser? Was that how it was when Governor Diri was the Director of that Centre? The Centre for youth development is a non-Partisan and apolitical Agency of government that should not be politicized by putting it under the SA Political when there is a full fledged Ministry of Youths and Sports. Therefore, we do not buy this new claim but consider it a face saving measure to pad the office of the SA Political in a failed attempt to justify the undue huge allocation to that unproductive office.”

“If the Political Adviser Office is to manage the Centre for Youths development then what is the job description of the Commissioner for Sports and Youth Development?”

“What we see here is an attempt by the Diri Administration to use State Funds to induce the youths through the office of the SA Political rather than give the youths sustainable life changing skills. We condemn any such attempt at desecrating cherished public institutions for short term political gains.”

“We do not see any reason why the office of the SA Political Affairs would be allotted more as overhead alone than the total budget of 5 Ministries in this State that is in dire need for development.”

“We hereby call on all development minded Lawmakers in the Bayelsa State House of Assembly to properly scrutinize and rightsize this unsustainable 2022 Budget. Bayelsa is the only state we have irrespective of our party affiliations. Thus we must put the State first in all we do and eschew the pursuit of parochial interest at the detriment of the development of the State and the wellbeing of Bayelsans.”