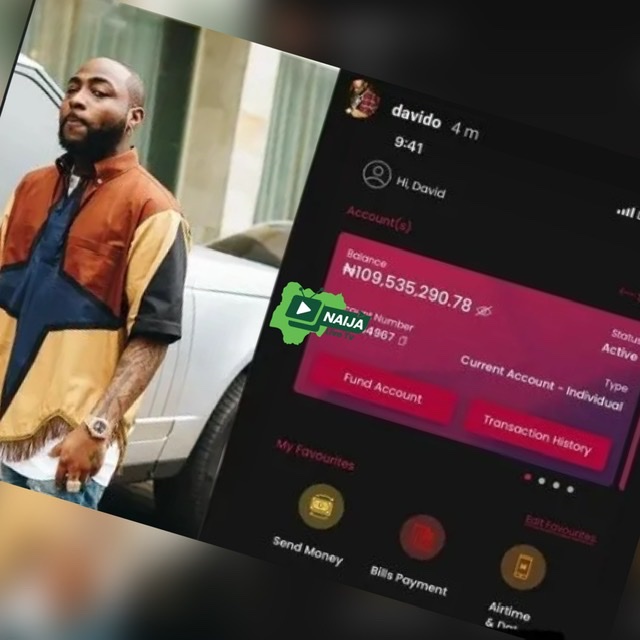 The sensational singer is presently breaking records over his 1 million naira challenge from friends and associates ahead of his birthday.

We recall that the singer is the talk of social media as he ‘begs’ for 100 million naira to clear his Rolls Royce from the port.

Taking to his twitter handle, the singer revealed that he opened a new bank account for the purpose of the challenge.

Judging from his calibre of friends, it seems the massive trooping in will eventually surpass his target as in less than 3 hours of announcement, he had been credited with a whopping sum of 53 million naira.

In a recent tweet, Davido revealed Wema Bank Plc has asked for a meeting following the massive donations to his account from the bank.

“Wema wanna have a meeting!!!”

Davido: Real reason I donated N250m to orphanages in Nigeria