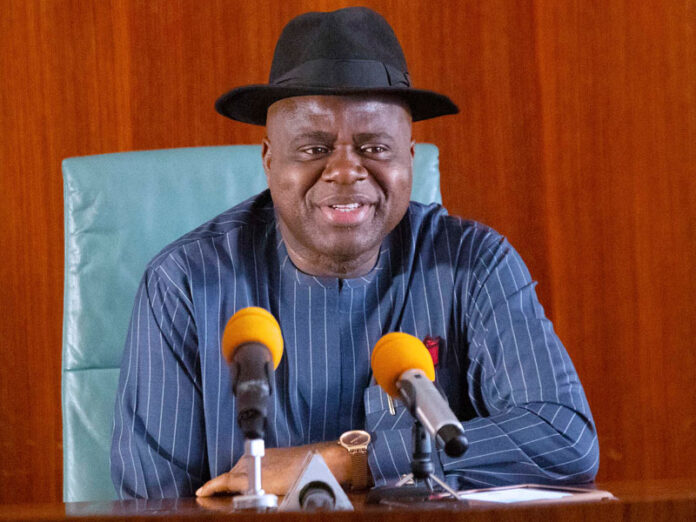 Aluzu who is also a human rights lawyer made this known in a post on his Facebook page.

He revealed that the Atala oil field was allocated to Bayelsa State in 2003 by former President Olusegun Obasanjo, following calls for resource control.

According to him, Chief D.S.P Alamieyeseigha, being Governor during that period, incorporated the Bayelsa Oil Company Limited (BOCL) as the first state-owned oil company in Nigeria to manage the Atala Oil Field.

He maintained that “Upon its Incorporation, BOCL entered into a partnership with Hardy Oil Nigeria Limited (HONL) and Century Exploration and Production Limited (CEPL) with BOCL controlling 51% interest of Atala Oil Field while its partners HONL AND CEPL both sharing the remaining 49%.

“However, sometimes in April 2020, the Department of Petroleum Resources (DPR) by a Notice did revoke the Atala Marginal Field and returned same to the Marginal Field Basket.

“The reason cited for this revocation was the failure of BOCL to develop the field and bring the same to its full production.”

Aluzu also revealed that the DPR in a letter dated 28th February 2021 assigned the Atala Oil Field to Halkin with a farm-in agreement of 41% BOCL.

According to Aluzu, the legal adviser of BOCL in a letter dated September 8, 2019, accused the former Managing Director of BOCL, Ebikabowei Charles Dorgu of planning to sell 41% of BOCL’s 51% controlling interest over Atala Oil Field to Halkin.

“That is to say, Halkin, whether as a parent company or a subsidiary company (HGIL) only started nursing interest in Atala Oil Field in 2019.

“Halkin itself was registered or incorporated as a company in the same 2019,” he added.

Aluzu asked that if after the production of crude oil on Atala oilfield began in 2017 before Halkin was birthed as a company “what exactly did Halkin revive in 2019?”

He added that BOCL was obsessed with ending its partnership agreement with HONL and CEPL in favour of Halkin in a bid to make Halkin the sole controller of Atala Oil Field.

Aluzu stated that the current Managing Director of Halkin is Ebikabowei Charles Dorgu, who was the former Managing Director of BOCL at the time when BOCL wanted to reportedly sell its controlling interest to Halkin and when the farm-in agreement between BOCL and Halkin was allegedly executed.

He also alleged that Ebikabowei Omukoro, the company’s secretary/legal adviser is a sibling to a former governor of the state when BOCL’s controlling interest over Atala Oil Field was divested from it.

Explaining the reason(s) Bayelsa lost the Atala oilfield to Halkin, Aluzu averred that, BOCL does not lack the competence to manage Atala Oil Field.

“BOCL did not initially lose its concession to manage Atala Oil Field because of its inability to meet production demand.

“It lost it because people played politics with it,” he noted.

While describing the actions leading to the revocation and allocation of the Atala oil field as “heist of the century” and “corporate stealing of a people’s commonwealth,” he also urged Diri to look into the matter.