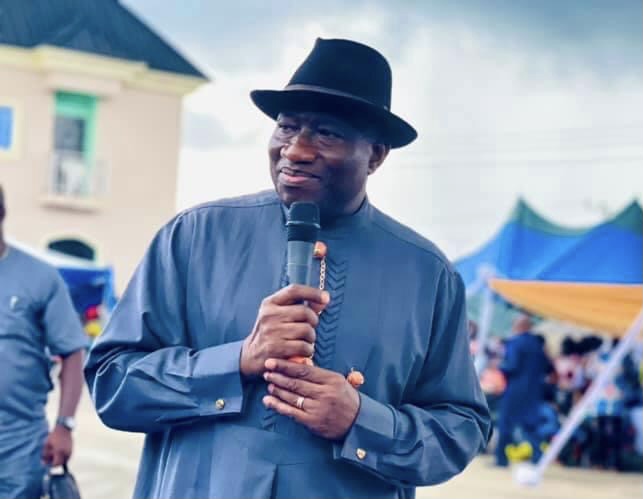 Port Harcourt—A chieftain of the All Progressives Congress (APC) in the Southern part of the country, Chief Chukwuemeka Eze, has stated the alleged plan to return former President Goodluck Jonathan to Aso Rock in 2023 on the platform of the APC is deceitful, Pulse Nigeria reports.

In a statement in Port Harcourt on Friday, Eze alleged that the ploy was crafted by some northern leaders to return Jonathan as President to serve a term, so that power will return to the north by 2027.

The party chieftain maintained that wooing the former president to contest the 2023 presidential election on the platform of the ruling party does not absolve him of his wrongs.

According to him, the plot is an insult to the sensibilities of the southern political class.

He added that the schemers know that after President Buhari’s tenure in 2023, the South would produce the next President.

He commended Jonathan for standing his ground despite the enticement by some northern political forces to contest the next presidential election on the platform of the APC.

His words: “This plot is an unacceptable insult on both Jonathan and the entire southern political class as if we lack credible political leaders from the South that can turn the fortunes of this country around.

“It is imperative to commend Dr. Jonathan for reading through the deceit of these leaders, trashing their dishonest entreaty and ensuring that his political feats and present status as a great promoter of democracy are not ruined, tarnished but kept intact by keeping these undemocratic elements at bay.

“I am very glad that Jonathan has done his best to keep these undemocratic forces at bay, who are hell-bent to deny the South the chance to preside over the affairs of this country according to the terms of power rotation between the North and the South, not minding that the northerners have through the military and democratic dispensations governed this country to their heart contents.

“Funny and sad enough, same leaders who ensured that Dr. Jonathan was not reelected in 2015 are the same crop of leaders that are doing everything to lure him back to finish whatever that is left of him politically.

“As much as I am not a supporter or sympathiser of Jonathan and his type of politics, as I was one of those who ensured he was not reelected, I will not sit and allow his haters drain the little integrity left of him.

“Luring him to contest in 2023 does not in any way wash him off the sins and reasons behind why he was not reelected in 2015, but a careful ploy to portray the Southerners as lacking better and credible leaders to improve on the fortunes of the country.”

Eze urged Nigerians to speak up and condemn the plot saying it might plunge the nation into unprecedented chaos.

Meanwhile, the APC has announced that Jonathan would not be handed an automatic ticket to contest in 2023 if he joins the party.