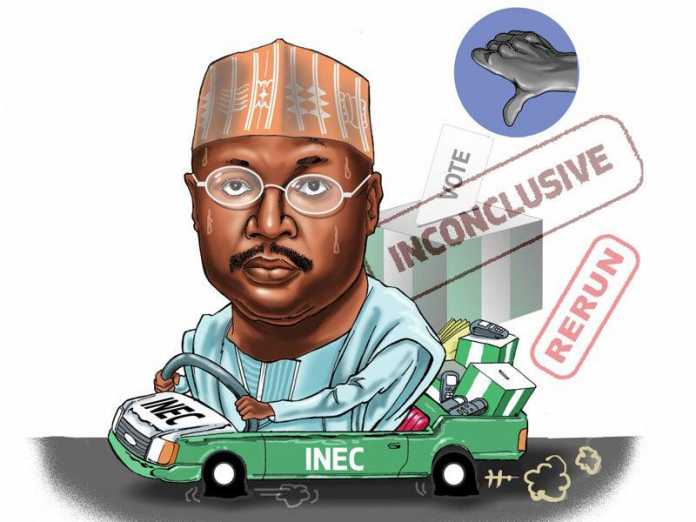 There was no provision for a paper trail of data from the smart card readers. This reduced accountability of decisions by presiding and collation officers on units due to over-voting.

(INEC had stated that polling would be cancelled in polling units where there were more votes than people recorded on the smart card readers.)

Although INEC collected electronic data from the smart card readers, no provisions were made for making this public.

Inconsistent numbers during collation, lack of clear checks and explanations, and insufficient public information undermined the integrity of the elections.

Citizens did not have sufficient means to scrutinise results. INEC did not provide centralised information on the declared results for the different elections, despite these being races for federal bodies, and has not posted complete results data on its website. Similarly, there is a lack of disaggregated results by LGA, ward or polling unit, which would allow for a thorough checking of results.