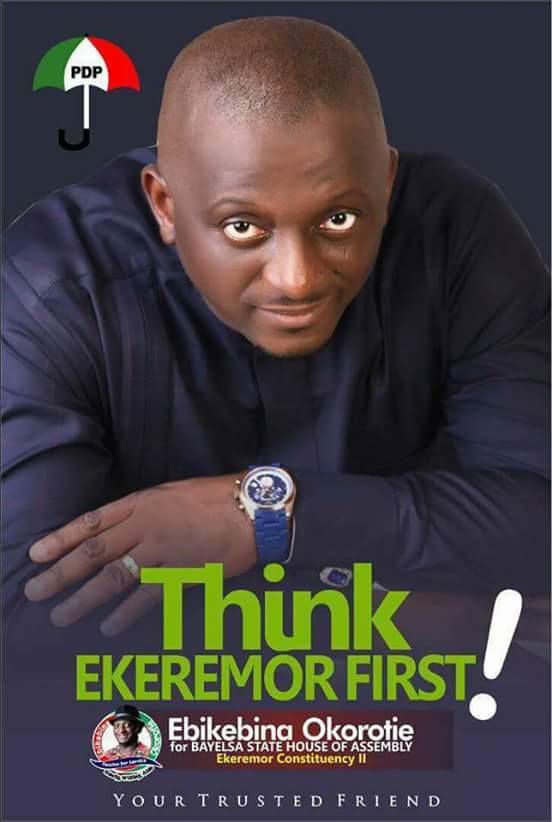 The group made the call during its monthly executive meeting at the residence of the Chief Ambassador in Yenagoa, stating that Ebikebina has all it takes for him to win any election. While speaking at the meeting, Mr. Fyne Otokito; Ambassador security, glowingly extolled the sterling qualities of Ebikebina saying that he has led the forum well, noting that with the qualities Ebikebina has exhibited over these years as their leader, he is optimistic that he will do well in the House of Assembly.

In his remarks, Mr. Bright Levi; Ambassador Treasury, said Ebikebina’s philanthropic gestures has endeared him to the people. According to him, Bayelsa State needs a detribalized leader like Ebikebina who is concerned about the welfare of all and not only his people. He prayed for God to grant him victory, while assuring Ebikebina of the total support of the group. The group further pledged to purchase his nomination form for the primary election whenever the party is ready.

While thanking the leaders of RABS, Ebikebina said he was overwhelmed by the encomiums pour on him, especially as it concerns how he has piloted the affairs of RABS with their support. He pledge to be a good ambassador of the people when he is given the mandate to serve. “I will ensure there is quality representation of my people, their interest is my motivation, that’s why I have offered myself for service” Ebikebina said.

We Dated From Secondary School, Now We Are Happily Married And Blessed With 5 Adorable Kids – Bayelsa Woman Brags [PHOTOS]