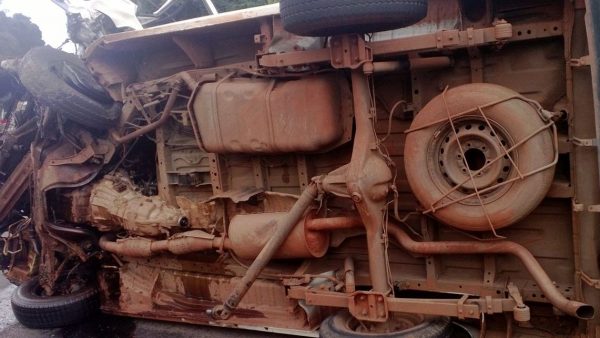 The Police Command in Enugu have confirmed the death of a family of seven in an autocrash which occurred at Ugwu-Onyeama on the Enugu-Onitsha expressway on Sunday morning.

The Police Public Relations Officer (PPRO) in the state, SP Ebere Amaraizu, who confirmed the incident in a statement on Sunday, said it occurred at about 8 a.m on the Enugu axis of the expressway.

He said that the two vehicles that were on top speed collided in one lane of the expressway.

According to him, seven passengers in the Toyota car who are members of the same family and one other from the bus lost their lives in the accident.

The police spokesperson said that their bodies had been deposited in the mortuary of the Enugu State University of Teaching Hopsital, (ESUTH), Parklane.

He said four others sustained injuries in the crash and were receiving medical attention at the same hospital while investigation into the incident had commenced.