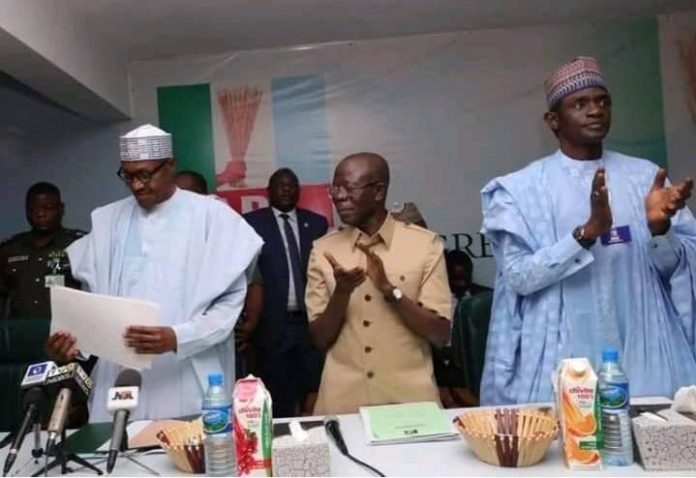 The leadership of the All Progressives Congress (APC) has released the list of 24 cleared candidates for the 2019 governorship elections.

National publicity secretary of the party, Yekini Nabena who released the list in a statement said it was a result of the meeting of the National Working Committee (NWC) held on Thursday, October 4, Premium Times reports.

Chief *Micheal Jonny*, Others speaking while addressing Their supporters at Oleh in Delta South Senatorial District said that “this is day time robbery and cannot stand. How can the national chairman comrade Adams Oshiomole declare Uduaghan as the only aspirant cleared for the delta south senatorial district party ticket? This is astute injustice, political discrimination, and political discombobulation.”

“Following the Governorship Primaries of the All Progressives Congress (APC) held across the country, the Party’s National Working Committee (NWC) at its meeting held on Thursday, 4th October, 2018 ratified the reports of the various Electoral Committees and adopts the under-listed as Governorship candidates of the APC for the forthcoming 2019 general elections,” Mr Nabena said.