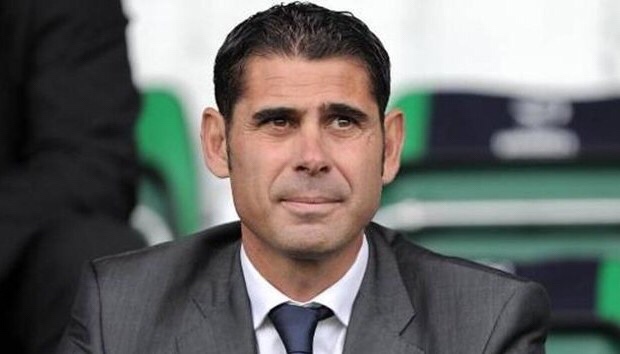 Hierro will be in the dugout on Friday when Spain begin their campaign in the Group B opener against Portugal and will remain in charge throughout the World Cup in Russia.

The former Spain and Real Madrid captain will be presented to the press at the Krasnodar Stadium later on Wednesday before settling in to his new role.

“Fernando Hierro will assume the position of national coach in the World Championship of Russia and will appear before the media accompanied by the president RFEF, Luis Rubiales,” a statement from the Spanish Football Federation read.

“Next, he will direct his first training and on Friday he will debut in SOchi at the match of Spain against Portugal.”

The Spanish Football Federation announced the departure of their head coach Lopetegui around 11am on ahead of a press conference.

President Luis Rubiales said they had been “forced into the decision”.

On Tuesday, Real Madrid announced Lopetegui, who has been in charge of the national side for two years, signed a three-year deal to become their new head coach following the departure of Zinedine Zidane.