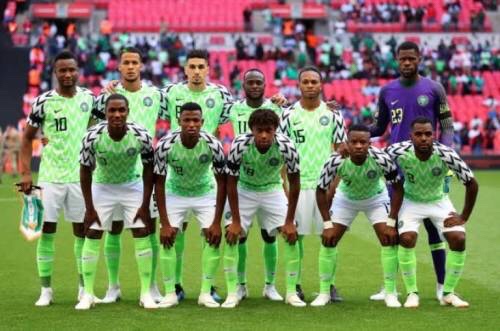 Media Right Agenda (MRA), a human rights activist group, has asked the Federal Government to release the full list of the delegation to Russia for the 2018 World Cup and the total cost of the travels.

The group made this demand of the Federal Government, the Minister of Youth and Sports and the President of the Nigerian Football Federation (NFF) pursuant to the Freedom of Information Act, 2011 in a statement released by Mr. Ridwan Sulaimon, its Programme Manager, on Tuesday.

The group is also asking the various officials to indicate in their responses whether budgetary allocation to Nigeria’s participation in the World Cup, including the total cost to the Government, has been provided for and approved in the 2018 Appropriation Act of the Federal Government. It also asked for specifications on the head of expenditure to which the costs are being charged.

MRA asked the Ministry of Youth and Sports and the NFF to provide details of the sources of funds and the amount received from each source in relation to the Super Eagles’ participation in the 2018 World Cup. These details are to include in-kind sponsorships and partnerships received by them or entered into to participate in the World Cup, including the coverage of each partnership or sponsorship.

The group urged the Federal Government to provide it these details within seven days in line with the FOI Act.